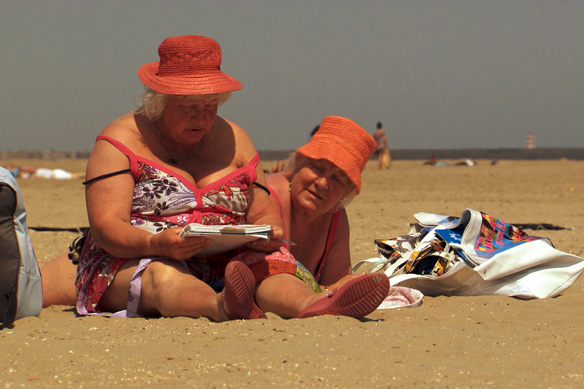 According to Amazon.com, the most popular DVD and Blu-ray coming out today is “The Bible: The Epic Miniseries,” meaning religion will always be good for business, or maybe rubberneckers are too curious about Glenn Beck’s goofy claim that the character of Satan in Roma Downey’s History Channel hit looked conspicuously like President Obama. Speaking of Downeys, the fanboy elite can now re-own “Iron Man 2” and five other recent superhero flicks in Walt Disney Video’s ten-disc “Marvel Cinematic Universe, Phase One: Avengers Assembled” Blu-ray box set with mass-produced “collectible” memorabilia and a “Top-Secret Bonus Disc” for the low, low price of $219. That’s a trunk load of video-store rentals or months’ worth of Netflix service, if you ask this cinephile, who thinks you’re better off seeking out these far more super films:

That provocative title might be misleading since the Fuhrer never actually had kids, but high-ranking Nazi officers from his inner circle certainly did. In this jaw-dropping and oddly moving documentary from director Chanoch Ze’evi (a third-generation Holocaust survivor), the descendants of said monsters and war criminals speak bluntly about their dark inheritances that burden their daily existences. Heinrich Himmler’s niece certainly wasn’t at all responsible for the Holocaust, but today she’s married to a survivor. Bettina Goering, great niece to Hitler’s second in command Hermann, had herself sterilized so that a contaminated lineage would end, but now grapples with even that as the Nazi regime had delusional ideas of the importance of bloodlines. Death camp commandant Amon Goeth’s daughter discusses seeing “Schindler’s List” for the first time and immediately recognizing Ralph Fiennes as the horrible baby-killing beast she openly despises. Talking heads can be a documentary crutch for sure, but here, they’re fittingly used as a tool for naked directness, and the testimonies of how they cope, protect their families and soothe their guilt are often staggering. Speaking out from under the shadows, these survivors of an unusual kind won’t ever stop struggling, but some do so with gusto: a scene in which Hitler’s godson Niklas Frank (whose father Hans oversaw the deaths of millions as governor of occupied Poland) minces no words to a high-school classroom about his wretched dad and the dangers of neo-Nazism is downright chilling as the camera stays on the children’s wide-eyed reactions of shock and horror.

Perhaps the cheeriest documentary ever to center around Amsterdam’s red-light district, Rob Schröder and Gabrielle Provaas’ near-vérité portrait of Louise and Martine Fokken—69-year-old identical Dutch twins who share a 50-year history as prostitutes—isn’t particularly deep, but it’s got cheeky charm to burn. Arthritis may have forced Louise into early retirement (“I couldn’t get one leg over the other,” she admits), but the pleasantly plump, greying Martine still sits in her windowed office, a banana stuck in the pair of stiletto heels on hanging display to entice the boys in. Or rather, many elderly men, some of whom have been visiting her and her sister for ages. (They laugh alike, they walk alike, and times they even fu… nope, not going there.) In their off time, the two match their garishly bright outfits and ride bikes to the beach—or like any sisters would, go vibrator shopping at the local sex shop. There are some darker recollections, of abusive pimp-husbands, losing a child to foster care, and the harsh truth that whoring doesn’t offer a pension, but the lighthearted tone of the film is mostly aligned with the twins’ moral confidence and bubbly joie de vivre. (That said, it would’ve been worthwhile to see the aftereffects of one uneasy sequence, in which “do-gooder” missionaries attempt to free Martine of her go-nowhere lifestyle yet sound like they’re also trying to swindle her.) At its anecdotal best, “Meet the Fokkens” is a bawdy, uninhibited romp that’s as infectious as the ladies’ giggling. 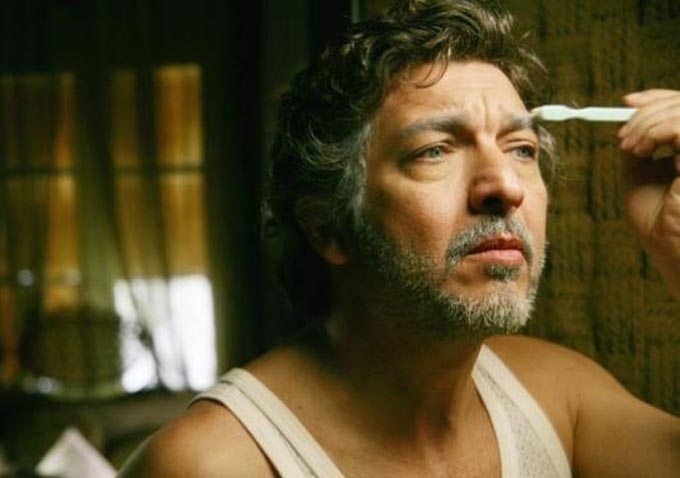 Since his lyrical 1999 debut “Crane World,” a neo-realist drama about workingman travails, Argentine filmmaker Pablo Trapero’s gritty oeuvre has been nothing if not sensitive and socially committed. Following the female-prison melodrama “Lion’s Den” and the ambulance-chaser thriller “Carancho,” Trapero’s latest is also the last in a loose trilogy exploring the dark underbelly of Buenos Aires. In the sprawling slum of Villa Maria—a community stricken with drugs, violence and daily injustices—the tirelessly dedicated Father Julián (Ricardo Darín of “Nine Queens” and “The Secret in Their Eyes”) and his troubled French recruit Father Nicolás (Dardenne brothers mainstay Jérémie Renier) fight for the salvation of the dispossessed, maybe futilely so. But the latter padre, while also wooing a social worker (Martina Gusman, Trapero’s wife and muse), is still tortured by his failure to react as murderous thugs raided his earlier mission in the jungle, giving him far more rash, directly confrontational ideas of dealing with the local gangsters than the reserved Julián. Tense, bleak, but undeniably empathetic and majestically shot, “White Elephant” (the colloquial name for the colossal ruins of a long-abandoned hospital, discussed in the film as the potential site for a housing project) isn’t just another exposé on drug wars and higher-rung institutional apathy, or even a martyrdom melodrama, though it explicitly honors the real-life heroism of maverick Father Carlos Mujica, who died under mysterious circumstances in the ’70s.

Having cornered the market on terrifying Japanese girl-ghouls with long dark hair, horror auteur Takashi Shimizu (“Ju-on: The Grudge,” “Marebito”) delivers atmospheric shocks now with white hair… er, hares. Originally titled “Rabbit Horror 3D,” Shimizu’s second stab at stereoscopic horror after 2009’s “The Shock Labyrinth 3D” literally begins by going down the rabbit hole, as young Daigo (Takero Shibuya) is caught beating a bunny to death by her mute older half-sister Kirko (Hikari Mitsushima). Life isn’t much better at home, as their despondent father Kohei (Teruyuki Kagawa) has emotionally retreated into his work as a pop-up book illustrator, his fold-out mermaids virtually popping out our eyes. But it’s not until Daigo sees a 3D movie in the theater (“The Shock Labyrinth,” in a meta-twist) and witnesses a fluffy rabbit doll escape the screen that the dream-logic spooks—as well as a burbling man-size bunny—begin to materialize, visions that also hide painful truths about this family’s shared tragic history. More stylish and moody than frightening or even plausible, the greatest value of “Tormented”—which can be watched in 2D or 3D on Blu-ray—is to experience the first three-dimensional effort of curmudgeonly cinematographer extraordinaire Christopher Doyle (“In the Mood for Love,” “Hero”). His lighting and compositions are painterly as usual but now spatially deepened, and while the gimmickry isn’t groundbreaking here, it’s at least smartly implemented with the visual elegance and limited-budget F/X, and Doyle’s artistry is never showy. Some tech geeks have bemoaned the limitations of “retinal rivalry” (usually mentioned along with the old-school red and green glasses), in which each eye sees a different image but the brain superimposes them seamlessly, but the same technique is used here for reflections and 3D dissolves to wonderfully unnerving effect.

Aaron Hillis has written about film for The Village Voice, Time Out NY, LA Weekly, Variety, Filmmaker, IFC News, Premiere and Spin. He is the former curator of the reRun Gastropub Theater, and the new owner of Video Free Brooklyn (three-time “Best Video Store in NYC” winner, 2012/2013).

This Article is related to: Features and tagged Discworld, DVD / Blu-Ray, New On DVD, On Blu-Ray