Freed Winona: Ryder On Her Troubled Past, 'Iceman' Present and Ruth Gordon Future 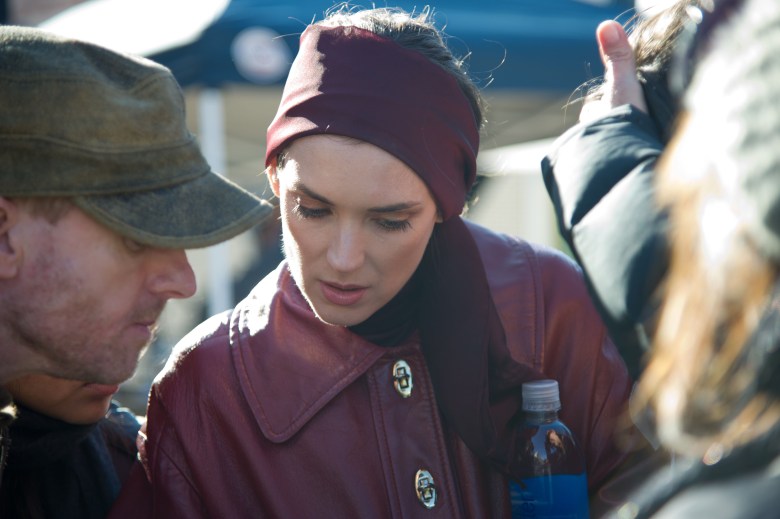 “I’ve loved making movies,” Winona Ryder said in Toronto late last year when reflecting back on her 26-year career. “I feel like I’ve been so lucky because I’ve gotten to be in movies that are some of my favorites, regardless of my being in them — like ‘Heathers.'”

Ryder — who turned 42 in October (though she still looks like she’s 30) — made her official debut in the 1986 high school drama “Lucas.” The small, well-received role helped lead to a duo of late 1980s leads — as Lydia in “Beetlejuice” and as Veronica in “Heathers” — that propelled her to become an icon of her generation.

“I was very lucky because Tim Burton really gave me a career,” she said. “I don’t think Hollywood would’ve known what to do with me. If I hadn’t done ‘Beetlejuice,’ I think I would’ve just gone back to my school.”

Ryder also rightfully considers “Heathers” — released a year after “Beetlejuice” in 1989 — a pivotal moment in her early career.

“They didn’t want me for it,” she recalled. “I wasn’t pretty enough. I had to go a mall and get my makeup done, and then I just begged them and begged them. That was a kind of turning point because that was kind of the first movie where I’d played someone who was attractive. And then that led to a lot of films.”

But when talking to Indiewire during the Toronto International Film Festival last year (where she promoted her latest film, Ariel Vromen’s “The Iceman”), Ryder was quick to discourage young actors currently trying to follow in her footsteps.

“If I were 18 right now, I wouldn’t want to become an actress, I know that much,” she said. “It’s just a different business now. Instant access surveillance, it’s just crazy. Now everyone wants to know everything in such a different way… I mean, there’s already so much pressure when you’re a kid. You’re uprooted and move to L.A.  First they like you, then you’re told they don’t like you. It’s a lot of pressure when at the same time you’re going through puberty. But now these paparazzi literally follow people around. It’s really criminal stuff and it’s scary to me.”

While Ryder may never have had to experience the intensity of being a teen actress in today’s paparazzian landscape, she’s hardly avoided it altogether. Her relationship (and breakup) with Johnny Depp’s was most definitely the early 1990s pop-culture equivalent to Kristen Stewart and Robert Pattinson. And, of course, her 2001 shoplifting arrest didn’t exactly go unnoticed.

But Ryder has shifted her priorities as of late, finding comfort in a quieter life outside of Hollywood.

“I’m based in San Francisco and I love my life there,” she said.  “I have my family and my friends. It’s equally as important to me to be a good friend, and a good sister, and a good daughter. I’m very close with my family and friends. It became all about me when I was at the height of it all in the 1990s.”

Since the 1990s, Ryder’s career has definitely been more muted. The decade that followed saw her work infrequently (and when she did work, the films were often rather forgettable). But recently, there have been inklings of a resurgence. Coming off a tiny but very well-received part in Darren Aronofsky’s “Black Swan,” Ryder recently had two films on last fall’s festival circuit:  A reunion with Tim Burton via a voice-over role in his “Frankenweenie” (which opened Fantastic Fest), and the aforementioned “Iceman.” 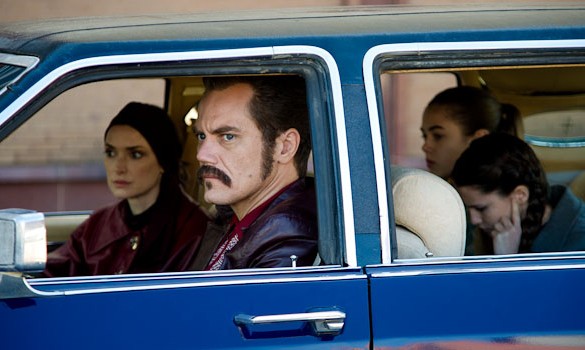 The film offers Ryder one of her first lead roles in a few years, playing opposite Michael Shannon’s Richard “The Iceman” Kuklinski, the real-life hitman who killed more than 100 people and had a particular talent for disguising the time and cause of death of his victims by skillfully using freezers. Ryder plays his devoted and seemingly oblivious wife Deborah, who takes care of their daughters under the assumption her husband is heading to the office each morning.

“A lot of my other roles were characters that were searching for the truth – the truth of who they are, or their lives — they’re just searching,” she said. “This woman was the opposite. She was avoiding it. That was appealing. But I was definitely reluctant because of the violence. I’m very sensitive to that. I purposely stay away from it. I mean, if it’s done really well, like ‘The Godfather’ or ‘Goodfellas,’ I’ve watched. But being a part of it made me a little scared of it being romanticized or exploited. These are real people.”

Another major appeal was working with Shannon, who Ryder called “one of those guys who comes along only every once in a while.”

“I thought I might not get another chance in the future, so I jumped at that,” she said. “And he was great. He demands that you are present in the moment, which is what acting is. We can tend to get a little lazy about it; you learn your lines, and it becomes a job sometimes, when you’ve been doing it for a long time. It was a great wake up call, because you don’t know what he’s going to do. So your reaction is completely real and in the moment. It’s like someone is grabbing you and yanking you into this moment that is reality, but not — it’s hard to explain, but it was very exciting.”

Ryder prepared for her role by behaving very much like her character and avoiding the truth of her onscreen husband. She blacked out all the parts of the script she wasn’t a part of and didn’t read any history of Kuklinski’s crimes.

“She was in such a deep state of denial,” Ryder said of her character. “The footage available would not have helped me because it was all about the other side of him, that other life he had. I wouldn’t have played it the same. In a sense, I mirrored the character… Yet, I knew, on a subconscious level. And I think she knew too but she chose not to, because that would make her have to assume some responsibility, her role as a mother. I know this is Michael’s movie, and people are fascinated with Richard Kuklinski. But I actually found her a little bit more fascinating. Who are the wives of these people? Who are the people who choose to be with them? I found that to be very interesting.”

At a press conference for the film just prior to her interview with Indiewire, Ryder was asked if her new work has made her “feel welcomed back to Hollywood.”

“I’ve been asked that question a bit lately and I don’t know if maybe I’m developing a bit of a complex,” she said candidly. “Because I don’t know if you’re saying ‘We missed you’ or ‘What are you doing here you’re not really relevant.'”

Given how many beloved performances Ryder has offered over the years, it’s hard to imagine too many people suggesting the latter. And while she plans on being very selective about her roles as she eases into the second half of her career, the actress offered her fans a lovely suggestion of what’s to come.

“You have to make a life for yourself so that it’s not all about this,” she said. “Life’s short, so if you’re going to spend months doing something, it’s gotta be pretty special… But I’m very happy to enter my Baby Jane years, and hopefully segue into the Ruth Gordon years.”

This Article is related to: Features and tagged Interviews, The Iceman, Winona Ryder