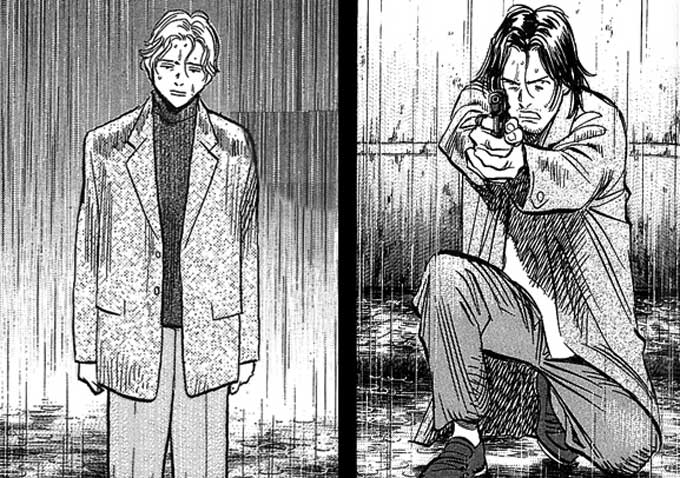 Guillermo Del Toro is such an impossibly busy guy that sometimes it seems worth taking announcements of his new projects with a grain of salt — there’s no way they can all actually come to pass, right? On the TV side, Del Toro has been working on a “The Incredible Hulk” series that seems to be in development purgatory at the moment, he’s directing a pilot for “The Strain” for FX, based on the trilogy of vampire novels he co-wrote with Chuck Hogan, and he’s set to executive produce and direct a project in development at HBO called “Nutshell Studies,” a Hitchcockian period drama about a housewife who becomes obsessed with solving violent crimes.

And now, according to Deadline, Del Toro’s got a new small screen project in the works, this one also at HBO. “Monster” is based on a manga series by Naoki Urasawa (author of “20th Century Boys” and “Yawara! A Fashionable Judo Girl”) about a doctor who chooses, “Royal Pains”-style, to operate on a wounded boy instead of the mayor of Düsseldorf, who arrived after him. The choice has a serious cost to the doctor, not just because the mayor ends up dying, but because the boy and his twin sister turn out to be involved in some dark secrets in which the protagonist becomes entangled. The 18-volume series was originally published by Shogakukan and ran from 1994-2001, later being adapted by Madhouse into a 74-episode anime series.

Del Toro will co-write the adaptation with Stephen Thompson, who’s written for “Doctor Who” and “Sherlock,” with Del Toro directing the pilot Thompson will script. Del Toro will be executive producer alongside Angry Films’ Don Murphy and Susan Montford and Exile’s Gary Ungarand, with Thompson co-executive producing. “Monster” was originally a film project at New Line, but according to Deadline proved too large a story to work well in feature form.

While a Japanese comic book adaptation is new ground for HBO, the premium network’s had huge success with “Game of Thrones,” based on a fantasy novel series, so high-end genre fare is obviously working out well for the company.