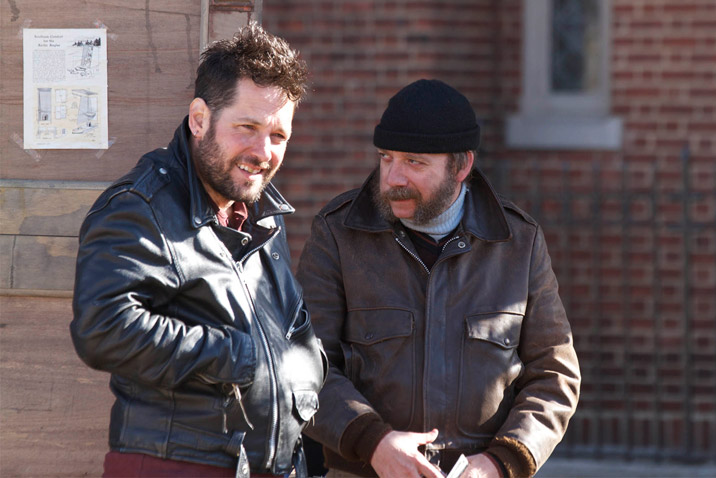 What it’s about: A man is released from prison in Quebec and is not accepted in his own
family.  He goes to New York City to sell Christmas trees with the man
who has usurped his family life.

About the filmmaker: I grew up in North Carolina and moved to NY to go to college in 1985. I made the movie “Junebug,” which came out in 2005.

What else do you want audiences to know? It stars Paul Giamatti, Paul Rudd, Sally Hawkins, and Amy Landecker. It
was written by Melissa James Gibson. The producers were Luca Borghese
Daniel Carey, Elizabeth Giamatti, Mike Hogan, Sidney Kimmel, Louise
Lovegrove, John Penotti, and Jim Tauber. The DP was Mott Hupfel. It was
edited by Jeff Buchanan. The Production Designer was Mary Frederickson.
Costumes were by Ciera Wells. The score is by Graham Reynolds.

What do you have in the works? Nothing in the works. I worked for a long time with the
producer and writer of “Junebug” trying to make a movie of Turgenev’s “Fathers and Sons,” but it has never come to fruition. We thought we were
close at one point.

Where did you learn how to make films? Any mentors? I went to NYU, in the film department. No real direct, specific mentors.
Jonathan Demme was someone whose movies made me feel like I would like
to do that too.

What did you edit on? Final Cut

Indiewire
invited Tribeca Film Festival directors to tell us about their films,
including what inspired them, the challenges they faced and what they’re
doing next. We’ll be publishing their responses leading up to the 2013
festival.

Keep checking HERE every day up to the launch of the festival on April 17 for the latest profiles.

This Article is related to: Festivals and tagged Meet the 2013 Tribeca Filmmakers, Tribeca Film Festival