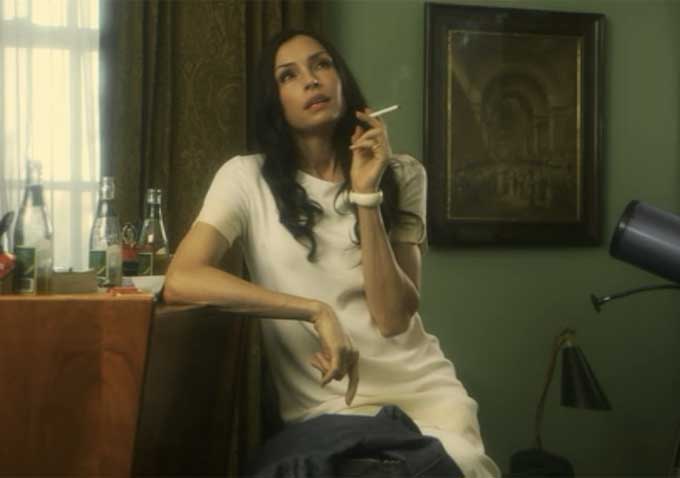 Like “True Blood” and “American Horror Story: Asylum,” Netflix’s new original series “Hemlock Grove” takes place in a world into which a hodgepodge of supernatural elements have been dumped and hastily stirred. One of its protagonists, new kid in town Peter Rumancek (Landon Liboiron), is a werewolf. The other, wealthy princeling Roman Godfrey (Bill Skarsgård), seems able to control people with his will, and has a taste for blood, both his own and that of others.

Roman’s sister, who’s named Shelley as a nod to the writer of “Frankenstein,” is a wordless giant with a malformed eye and glowing veins who pays occasional visits to a brusque and possibly mad scientist working in a biotech tower in the middle of an otherwise decrepit former steel town. Their mother, Olivia (Famke Janssen), is a white-clad, accented cousin to Morticia Adams. In classic genre fashion, the story begins with a girl who’s running through the woods getting murdered by some mysterious and possibly inhuman force.

The thing with “Hemlock Grove,” which like Netflix’s last original “House of Cards” was released in its season one entirety today, is that we’re never really sure how surprising or odd these revelations are meant to be to the other characters. The obvious elements aside, the show’s not particularly heightened in tone, yet the characters never ask the questions that are expected — really, demanded, when something wild occurs. The show, created by writer Brian McGreevy, has no center — it’s a lurching combination of muted delivery and crazy happenings.

In one of the early episodes, for instance, the apparently virginal and proper Letha Godfrey (Penelope Mitchell), cousin to Roman, tells her parents that she’s pregnant, saying that an angel caused her to conceive. They react with mild consternation to this revelation, and rather than explore this alarming claim further they instead disagree over whether or not she should get an abortion. Her father, the psychiatrist Norman Godfrey (Dougray Scott), reveals to someone later that he thinks the story is one his daughter made up to obliterate the memory of a rape, but he doesn’t pursue this line of inquiry either, not notifying the police or trying to figure out when the assault occurred. 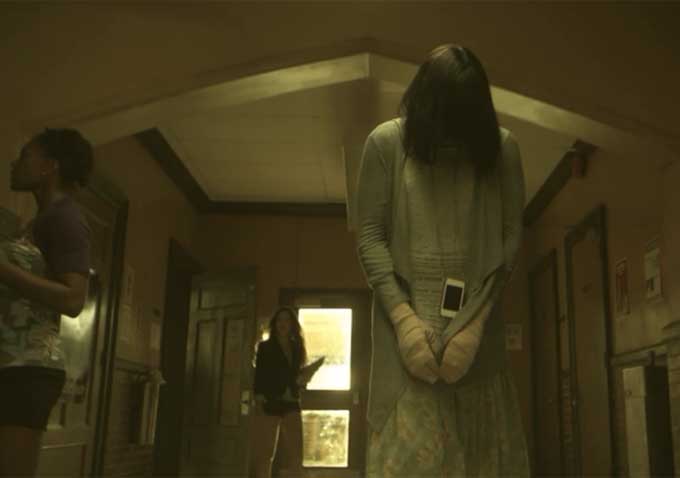 It’s like everyone in “Hemlock Grove” has a touch of Asperger’s, or is working off of far different and harder to grasp priorities than those that guide typical social interactions. “I didn’t kill her — I figured it was you.” Peter says when he runs into Roman at the murder site in the middle of the night. “Me? Why would I do it?” Roman responds. “Why would I?” “People are saying you’re a werewolf.” “You believe every rumor you hear?”

And then they chat about the girl, with Peter musing about how strange it is when someone you know dies. This strange, staccato pacing takes the time for an extended but not terribly clarifying flashback in the middle of the Eli Roth-directed first episode, but doesn’t show why everyone reacts to badly to Peter and his mother Lynda (a lost-looking Lili Taylor) being gypsies — is this a Pennsylvania industrial town or a medieval European village?

As different as “Hemlock Grove” is from “House of Cards,” it’s done no favors following in the latter’s footsteps. It’s as rough as the political drama is coolly slick, and not in ways that feel intentional — the whole show, for instance, has an oddly yellowish cast to it, like an Instagram accident. Despite the series’ overall ramshackle qualities, there’s a flicker of potential to it, a rawness to its treatment of its assembly of outsiders. “Hemlock Grove” isn’t really a supernatural soap like “The Vampire Diaries,” but its genuine angst bleeds through its awkward exchanges — when Shelley, who can’t speak but who writes like a prim and eloquent Regency heroine, is getting bullied in the high school hallway, or when Lynda gets the brush off by Olivia at the store, or when Peter and Roman joke over lines from “Night of the Living Dead” while exploring the graveyard at night, having taken on the task of figuring out who or what may be goring young women in the wilderness. 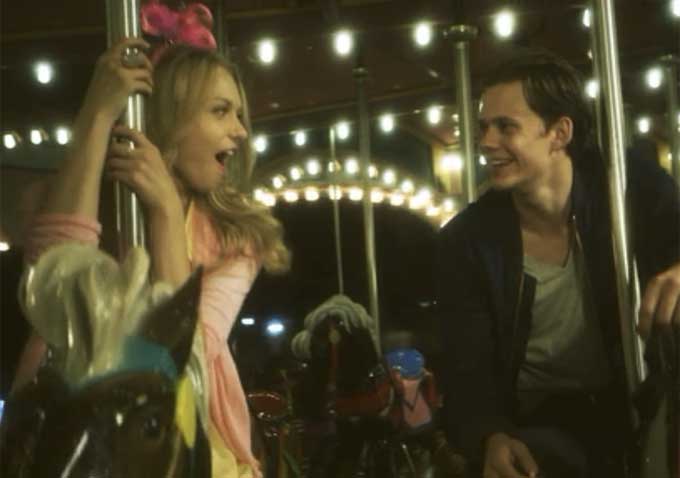 That tenuous friendship between Peter and Roman is one of the few aspects of the show that works, at least in its initial episodes — they have the supernatural beings’ equivalent of two teenage oddballs bonding over a discovered fondness for the same metal band or obscure graphic novel, and they give the show its hints of being a metaphor for adolescent distress.

Liboiron, late of “Terra Nova,” is the cast member who seems most at ease with the material and with his place as a remixed, lupine bad boy outsider — the lanky, pallid Skarsgård may look the part, but he stumbles over his delivery. He’s far from the only one to struggle with the show’s mix of abruptness and arch, self-referential wordiness — “Gypsy orphan Heathcliff: Byronic hero or proto-Marxist class warrior?” Olivia asks Peter when he stops by to see her son in what does not in the least slip off the tongue as a taunt of catching him in a lie.

“Hemlock Grove” has the benefit of having Eli Roth’s name attached and enough gore — including Peter’s werewolf transformation scene, which memorably reimagines the shift as a grisly one in which the wolf bursts out of his human flesh — to attract genre fans, but it’s moody and removed, more a drama than a horror romp and in no hurry to solve its mystery. I’ll take another look at Netflix’s latest once I’ve made my way through all 13 episodes, but a third of the way through, the series is looking like an only sometimes intriguing mess.