Nev Schulman Explains Why 'Catfish: The TV Show' is a Hit 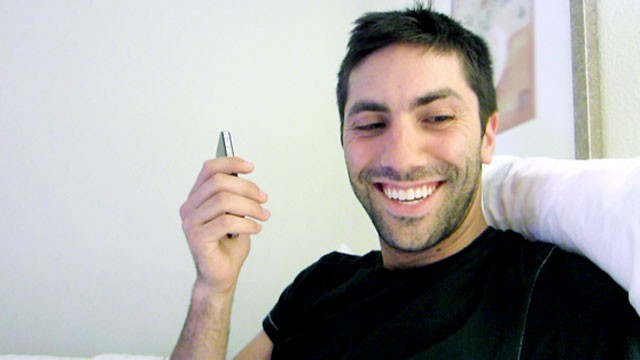 “Catfish” was a hit at the 2010 Sundance Film Festival for its star, Nev Schulman, and the two filmmakers behind it, Nev’s brother Ariel and Henry Joost.  Ariel and Joost went on to make the third and fourth installment of the “Paranormal Activity” franchise.  Nev, on the other hand, has worked on extending the “Catfish” franchise with a television show that scored in the ratings and caught a wave of publicity following the Manti Te’o affair.

Nev Schulman, whose own internet romance with someone who ended up not being who she claimed served as the plot for the film “Catfish,” now follows people who reach out for help meeting their own romantic interests who, for whatever reason, are dodging any kind of meeting with their online lovers.  Nev and his on screen sidekick have been parodied on “Saturday Night Live,” and, after all the attention brought to the show, may be up for an Emmy nomination in the non-competitive reality category. Whereas other MTV reality television shows (“16 & Pregnant,” “Buckwild”) are solely the source of controversy, “Catfish” has been driving a conversation in the mainstream media.  Though, as my earlier piece on the show argues, perhaps “catfishing” isn’t all that new… or all that bad.

Indiewire sat down with Schulman while he was participating in MTV’s upfront last week.  He’s also currently in the middle of episode four of the second season of “Catfish: The TV Show” (which, according to the first season’s reunion special, may include a double catfish and a wedding).

In the show’s intro, you say that people started emailing you with their stories as soon as “Catfish,” the film, was released.  The show’s a huge hit.   When did you making a series would be worth it?

Well, I was so glad they picked the show up, and we’re so happy that it’s been picked up for a second season.  More than anything, I’m happy that the show is starting a conversation.

As for when I knew that this could be a show people would watch… As soon as I got home from Michigan [on the journey chronicled in the film] and started telling people the story, and everyone always had lots of questions and lots of things to say.  I knew that this is a topic people wanted to talk about right away.

And on the episode level, how do you know when a story is worth pursuing?

Well, for awhile, I was looking at the emails myself.  But now, with the show, we have a really great team of casting people.  We try to find people who are really in love, who are serious.  We’ve also talked to the casting people to make sure that the stories are diverse, that we show a variety of sexualities, and that we show different parts of the country.

As filmmakers, you’re very good at showing things that are often not easy to represent.  You have cameras everywhere, your conversations with Max show how the story is progressing.  How do you make sure the story is captured?

Well, even though we have casting people, when we see the email in the episodes, we’re seeing it for the first time, and all we have to go on is that email.  So while the casting people have looked into the story, that’s always the first time I’m hearing of these people. You’re seeing organic, authentic reactions from Max and I.

We also take our cameras everywhere.  We try to get the people we meet to have their phone conversations on speaker or listen to voicemails with us.

We’re showing up in the middle of the story, so we don’t get to see what happened at the beginning.  For that, we have saved voicemails, text messages, emails, Facebook messages.  We’ll have people show us messages on their screen, and when you zoom in on those you see a lot of “I love you”‘s and “I can’t wait to see you!”‘s, but if you zoom out, you’re seeing thousands of text messages or hundreds of hours on the phone.  It’s really incredible.

How did Max come on board for the series?  He wasn’t involved with the film…

We knew that part of the appeal of the film is feeling like you were on the road with us, in the middle of our camaraderie.  My brother and Henry got good jobs directing films, and we had to choose someone who would be perfect for this.  We’ve known Max for a while.  It had to be someone who could share a hotel room with me and call me an idiot when appropriate.  Max was that guy.

What were your ambitions for filmmaking before this?

I knew I was meant to do something, and that I was good at some things — making connections with people, selling.  I got the office space with my brother and Henry [Joost, which you see in the film “Catfish”], and my tactic was just to surround myself with good people.  I’m really happy with how it all came out!

With “catfish” and “catfishing” now in the cultural lexicon, how do you think that’s changing the culture around you?

After reading all these emails that people send you, what do you think provokes people to seek your help?

Most of the emails are people sharing their story, telling me that they had a good or bad experience with people online.  When people are looking for help, though, it’s usually because they’ve tried.  They’ve tried to reach out, they’ve tried to meet this person.  These are people who are usually ready to give up if the relationship doesn’t take the next step.