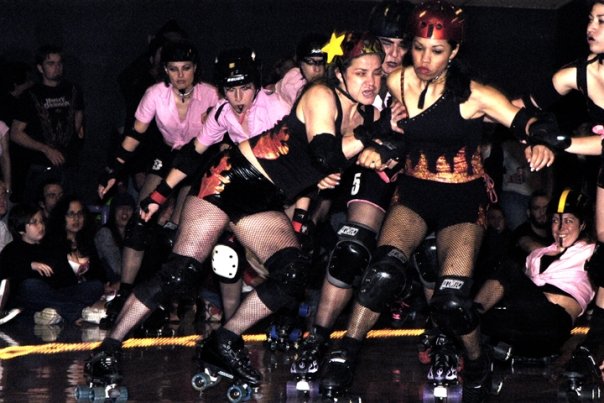 For the past seven years, ESPN and Tribeca have partnered to present a sports film sidebar as part of NYC’s annual festival, which begins this week. This year, four of the featured documentaries are special previews of ESPN’s new “Nine for IX” initiative, documentaries about female sports figures by female directors. If you can’t make it to Tribeca to sample these new films, Indiewire’s latest curation of Hulu’s Documentaries page revisits other docs about women and girls in sports. Watch these films now for free!

Dee Mosbacher and Fawn Yacker’s “Training Rules” explores women’s collegiate sports, and, specifically the prevalent culture of institutionalized homophobia. Women speak candidly about how their sexuality – or even the perception of lesbianism – has led to discrimination that in some cases has cut short their promising careers.

On the lighter side are two docs on the revival of roller derby and its growing popularity among female athletes around the world. Bob Ray’s “Hell on Wheels” looks at the re-emergence of the sport in Austin, TX, while Chip Mabry’s “Brutal Beauty: Tales of the Rose City Rollers” focuses on a Portland, OR women’s team.

Showcasing the power of sports to bridge cultural divides, Luke Boughen, Rebekah Fergusson, Gwendolyn Oxenham, and Ryan White’s “Pelada” explores the love of soccer in more than two dozen countries. Former collegiate soccer athletes Gwendolyn and Luke play pick up games with a variety of players of both genders, from hijab-clad Iranian women to Bolivian prisoners.

One of the three protagonists in Marshall Curry’s “Racing Dreams,” Annabeth Barnes, represents the NASCAR aspirations of girls and young women. Competing in the World Karting Association National Championship, the 11-year-old is an inspirational figure making her way in what is still a male-dominated sport.

Women athletes also share the spotlight in the final two docs of this selection: Vanessa Quinn is one of four mountain bikers featured in Nick Stevenson’s “Trailnotes,” while internationally ranked pro skier Ingrid Backstrom is the lone notable female subject in Scott Gaffner, Murray Wais, and Steve Winter’s “Attack of La Niña,” a survey of top skiers exploring the record-breaking winter of 2010 – a reminder that there’s significant need for women-centered projects like “Nine for IX.”

This Article is related to: News and tagged Documentary, Hulu, Indiewire @ Hulu Docs