The Wisdom of Jason Holliday: 10 Quotes From Shirley Clarke's 'Portrait of Jason,' the Original Viral Star 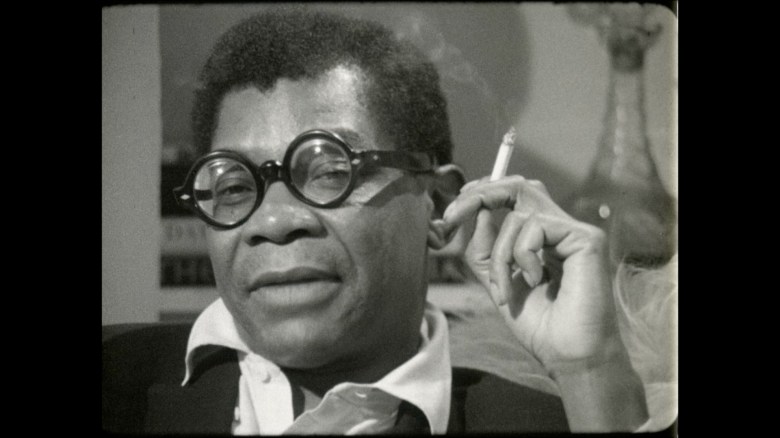 By 1966, underground New York City filmmaker Shirley Clarke had already directed two of her seminal works: the trailblazing mockumentary “The Connection,” about a bunch of junkies in a Greenwich Village loft, and the Harlem ghetto portrait “The Cool World.” Clarke could have stopped there and provided an ample overview of various social tensions at the center of bohemian counterculture and African American society in the throes of Civil Rights. But then came “Portrait of Jason,” which boiled down many of the earlier films conceits on race and class into a single memorable subject. Jason Holliday (birth name: Aaron Payne), a black, gay hustler with a lifetime of stories to share, spent a booze-filled evening in Clarke’s apartment rambling about his wild experiences and sharing his darkest feelings.

In one take after another, Holliday bares his soul, boasts of his profession, bursts into tears over his regrets and inexplicably giggles at his own private jokes. While Clarke and her camerman pepper Holliday with questions, the simplicity of the production synchs with Holliday’s loopy stream-of-conciousness delivery: shots drift out of focus and the camera frequently runs out of film before the audio, leading to a choppy progression that’s increasingly dizzying and powerful, perhaps the best clip show ever made. Aside from the progressive nature of its subject matter, “Portrait of Jason” was ahead of its time for anticipating the strength of a single talking head as a narrative device. If Holliday — who died years ago — were around today, he might flourish with his own YouTube channel.

While the film was critically acclaimed over the years by the LGBT community and others, like much of Clarke’s work, it has fallen out of the public eye. Recently restored by Milestone Films as part of the company’s “Project Shirley” mission to bring Clarke’s work back to theaters and home video, “Portrait of Jason” opens at New York’s IFC Center this Friday ahead of its DVD release. Holliday’s rambling monologues, in which he shares tales of his abusive childhood and early career alongside renditions of the nightclub performances he hopes one day to perform onstage, must be witnessed in real time. His physical investment in the project is infectious, tragic and thoroughly stirring —  but the film’s most extraordinary qualify is Holliday’s capacity to convey that, in spite of his struggles, he has developed a wise perspective of the world. Here are 10 choice quotes from Holliday’s feature-length moment in the spotlight.

NO SHAME: I’ve spent so much of my life being sexy that I haven’t gotten anything else done. I’ve been balling from Maine to Mexico. I haven’t a dime to show for it, but I had a swell time.

OVERCOMING PREJUDICE: I think as a house boy I really suffered. But this hasn’t all been a waste. They think you’re just a dumb, stupid little colored boy. You’re trying to get a few dollars and they’re gonna use you as a joke. It gets to be a joke sometimes as to who’s using who.

CLOWNING AROUND: I thought I’d end up as a clown. All clowns are happy and sad. You can sell sex, comedy and a little tragedy — people love to see you suffer, and believe me, I’ve suffered.

ON HIS LEGACY: It’s a funny feeling, having a picture made about you. I feel sort of grand sitting here carrying on. People are gonna be digging ya, or I’ll be criticized, I’ll be loved or hated — what difference does it make? I am doing what I want to do and it’s a nice feeling that somebody is taking a picture of it. This is a picture I can save forever. No matter how many times I goof, I’ll have something of my own. For once in my life I was together and this is the result of it. It is a nice feeling.

ON SEEING SHRINKS: These head shrinkers are very interesting guys. Sometimes they let you talk. They keep wanting to know who you sleep with. Someone asked me, “What do you do? Do you do them? How large is it? Do they say you’re good? Who says you’re good? Who says it? Do you think you have a nice body?” I say, “Yes.” They say, “How big is it?” I say, “Nine inches, I don’t know.” They say, “Do you think that’s big?” I say, “Well, I don’t know.” They ask, “Do you please them?” I say, “If I don’t please them, it’s because I’m not trying.”

ENJOYING THE SPOTLIGHT: Tennessee Williams couldn’t have done me any more justice. This is my moment. I’m here on the throne and I can say whatever I damn please. But it’s got to be righteous, you know? This is my chance to really feel myself. To say, yeah, I’m the bitch. Believe it, you know? You amateur cunts take notice: I’m the bitch.

ON LOVE: I’ve been in love. Let me tell you about some of the people I’ve loved. I can fall in and out of love as fast as you can turn on the electric lights. I can be hurt in a second. I can make you feel like you’re most desirable human being that ever walked this earth in that same second. It’s just something about me. I have a way with getting my shit across and when I’m serious, I come up with some pretty goofy results.

ON THE FEAR OF DEATH: Sometimes, you think, if I’m going to die, what a fucking way to go. When you’re nervous, guilty and simple like I am — I’ve been wasting a lot of time thinking about how I’m going to kick off, like I’m not going to be here. I’ve been trying to get away from it. I’m still here. That’s luck. One day that luck is gonna run out. I just want to be straight.

ON BEING IN TOUCH WITH ONESELF: You only got so much energy. I just spent so much time being a nervous wreck. I guess I never really had any fun at all. Do you know how much that hurts? It only hurts when you think of it. And if you’re real, you’re think of it a long, long time. Those are the dues.

This Article is related to: Reviews and tagged Milestone Films, Portrait of Jason, Shirley Clarke