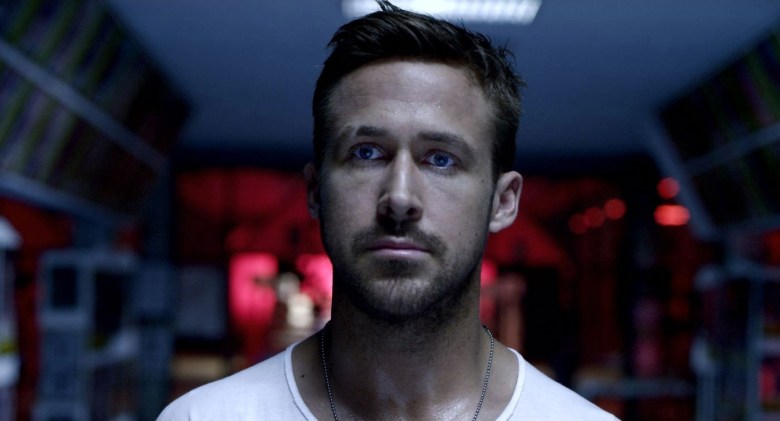 Ryan Gosling is a talented actor who has faced the same challenge most distinctive performers inevitably must confront: the danger of turning into a walking cliché. To that end, the decision to avoid traditional blockbuster vehicles in favor of Nicolas Winding Refn’s ultra-violent B-movie-turned-art-film “Drive” was a masterstroke. Woefully ignored by the Academy, his uber-macho turn played like a wry comment on the inherent absurdity of male stardom. Unfortunately, by re-teaming with Refn for the far less inventive genre exercise “Only God Forgives,” Gosling has tumbled into the exact trappings that “Drive” smartly assailed.

The movie is like one thin satiric lark inexplicably slowed down to the point of lethargy. Gosling plays Julian, a Bangkok-based drug smuggler whose psychotic brother is murdered in an early scene after he rapes and kills a young woman. Enter their hilariously psychotic mother (Kristen Scott Thomas), eager to seek revenge against the girl’s mother who committed the initial act of vengeance despite Julian’s insistence that the guy had a right. “I’m sure he had a good reason for it,” she insists. A scowling, foul-mouthed camp figure, Thomas’ character strikes a telling contrast to Gosling’s zombified gaze. She’s enjoyably blunt (comparing his sons’ penis sizes at the dinner table) and utterly insane, whereas Gosling seems at first poised to transition into something of a hero and instead remains something of a robot.

He’s not alone. Almost everyone moves at a snail’s pace in “Only God Forgives.” Refn stages each scene with the self-serious bleakness of a Robert Bresson picture, but applies such a cheap, one-note premise that his air quote approach to art house aesthetics reeks of student film indulgence. That doesn’t mean that “Only God Forgives” fails to offer the occasional cheap delights, most of which involve rampant bloodshed; the red-tinted scenes shot at the bordellos and seedy hotel rooms where much of the action takes place thoroughly enhance the grimy feel. Yet Refn appears more intent on making an actual cheesy fight movie in the stereotypical language of the genre rather than using it for his own means.

As a result, Gosling’s ability to riff on the exalting of the male body has been downgraded to prosaic stares and barely the semblance of personality. In one scene, he actively fingers the prostitute whom he eventually, maybe falls for, but even when aroused his face reads as if he’s been inexplicably lobotomized. This isn’t a bad performance; it’s not even acting in the traditional sense. Gosling has been downgraded to a prop.

Refn usually has tremendous success when it comes to developing off-kilter characters, as demonstrated by the near-literary depths of his “Pusher” trilogy and the similarly expressionistic Viking tale “Valhalla Rising,” which has much of the same eccentric brutality found in “Only God Forgives” but uses it to create a phantasmagorical alternate world. The new movie is too bogged down by rudimentary style gags to leave room for anything else. There are many deaths portrayed in unflinching, sometimes alarmingly grotesque details in “Only God Forgives,” but Gosling’s skill is its only true casualty.