Cannes Review: At Nearly 4 Hours, Claude Lanzmann's 'The Last of the Unjust' Adds a Valuable Chapter to 'Shoah' 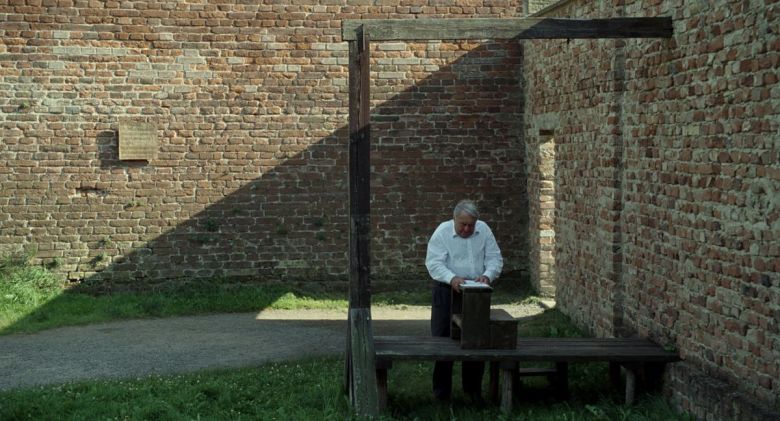 Claude Lanzmann’s sprawling 1985 documentary “Shoah” deserves its slot as the definitive non-fiction Holocaust movie, but even its eight-hour running time can’t fully encompass the director’s years of research. Lanzmann spent a decade gathering interviews exploring virtually every angle of that tumultuous period, wisely relying on first-hand testimonies and the haunting quality of contemporary locations where the genocide took place to give his chronicle weight. With “The Last of the Unjust,” he proves the approach maintains its gripping power.

Now in his late eighties, Lanzmann continues to unload the footage he gathered during his initial production. In 2011, a half-hour interview with concentration camp whistleblower Jan Karski aired on French television as “The Karski Report,” but that was little more than a slim profile compared to Lanzmann’s current achievement. “The Last of the Unjust,” a 218-minute look at the Czech ghetto Theresienstadt and one of the Jewish men tasked with running it, magnifies a previously underexplored tale of persecution with incredible dexterity. By unearthing a series of interviews conducted in 1975 with the elderly Benjamin Murmelstein, the only survivor of the so-called “Elder of the Jews” in charge of the ghetto, Lanzmann resurrects the aesthetics of “Shoah” while extending its narrative into a new chapter.

Lanzmann’s approach isn’t always easy to endure. Minutes of scrolling text open the movie to explain its genesis, and much of its hours-long contents involve static shots of conversations between Murmelstein and Lanzmann as well as contemporary scenes in which the deadpan filmmaker stands in ghetto ruins talking to the camera. Yet “The Last of the Unjust” rewards those willing to invest in Lanzmann’s pensive technique with a complex tale that’s alternately sad, enlightening, unexpectedly witty and ultimately exhausting, but carried along throughout by Lanzmann’s commitment. “I had a hard time finding you, but I’m glad I did,” he tells Murmelstein, a portly ex-rabbi living in Rome. Indeed, he may be Lanzmann’s most garrulous, morally complicated subject to date.

Murmelstein, who ran Theresienstadt after the Nazis murdered his two predecessors, speaks eloquently with Lanzmann while defending his harsh managerial tactics — particularly the 70-hour work weeks he forced on Theresienstadt’s Jewish inhabitants, which he claims to have prevented the Nazis from liquidating its population. The ever-interrogative Lanzmann is never fully convinced, but maintains a fascinating camaraderie with Murmelstein that allows their conversations to veer from personal insights to historical minutiae and back again.

By comparison, Lanzmann’s contemporary footage is a significantly tougher endeavor and gives the sense that a more trenchant editor could have found a more palatable cut. Nevertheless, by reading excerpts from Murmelstein’s memoir and other documents about the experience of Theresienstadt’s residents while adding additional context, Lanzmann allows his 87-year-old self to become as much a character in the film as the younger, sprightlier version who appears in the archival content. Though he hasn’t mellowed with age, he appears more introspective, adding poetic insights alongside the empirical content.

Yet the primary appeal lies in the discussions, particularly as Lanzmann continually goads his subject into rethinking his story. “One cannot say I remained silent,” Murmelstein insists, but Lanzmann uncovers a world largely unexplored by history.

Among its significant contents, the director unearths a propaganda film shot in Theresienstadt and intended to portray ghetto life in a positive light. The ominous images of old women knitting, children playing and locals engaged in a soccer game, all playing make-believe for the Nazis’ cameras while fearing for their lives, echo the power of similar projects dug up for the 2010 documentary “A Film Unfinished.” Lanzmann moves beyond his previous commitment to avoid cutting away to archival materials, finally showing us the suffering faces recalled by his countless subjects.

“The Last of the Unjust” is dense with revelations. In particular, Murmelstein reveals his lengthy working relationship with Final Solution architect Adolf Eichmann, whose association with Murmelstein contributed to Eichmann’s exile after the war. In one of Murmelstein’s alarming anecdotes, he recalls a gun-toting Eichmann bursting into their offices in 1938, on the eve of the infamous Nazi raid Kristallnacht, implying Eichmann’s role in the process (during his trial, it was determined that Eichmann was not involved with Kristallnacht).

On occasion, Lanzmann veers away from Murmelstein to observe the ramifications of the ghetto. In the interstitial moments, the movie takes on a new dimension of grief. Lanzmann flips through a list containing the names of deceased Jews at a Prague synagogue while a cantor sings Kaddish, the prayer for the Jewish dead, in the background; later, Lanzmann reads a speech by one of the Elders underneath Theresienstadt’s abandoned gallows — the exact spot, he notes, where the man would be executed weeks later. Whenever “The Last of the Unjust” seems as if it might stall, these provocative scenes snap it back into focus.

Above all, “The Last of the Unjust” draws its appeal from the conflicting nature of the discussion between the two men. In his attempt to emerge unscathed, Murmelstein routinely traps himself. He claims the “Elder” responsibilities made him “a comic marionette” for the Nazi agenda, but later states the “thirst for adventure” that kept him at work. While addressing the allegation that he refused to deport elderly residents, he makes the claim that he was trying to help them, but denies any knowledge that concentration camps existed. When he refers to Auschwitz merely as “the East,” Lanzmann fires back immediately.

His persistence is rewarded by his intimidated subject acknowledging the point of their collaboration. “You’re playing the prosecutor,” he says at one point. But it’s his final pronouncement, in the closing scene, that delivers a remarkable encapsulation of the historical activism driving Lanzmann’s commitment to his decade-spanning project.

“You’re the final danger to come my way,” Murmelstein concludes, a statement made especially meaningful given the amount of time that has lapsed since he made it. “The Last of the Unjust” is undoubtedly a more definitive record of Murmelstein’s experiences than his own memoirs. Beyond his journalistic intentions, however, Lanzmann is no passive spectator. Wandering through an abandoned field where countless residents were killed, he notes that Theresienstadt is “a model of death, yet it has come alive for me.” By the end of “The Last of the Unjust,” those willing to take the journey will relate.