Cannes: Robert Redford's Strangest Role of His Career Is In J.C. Chandor's 'All Is Lost' 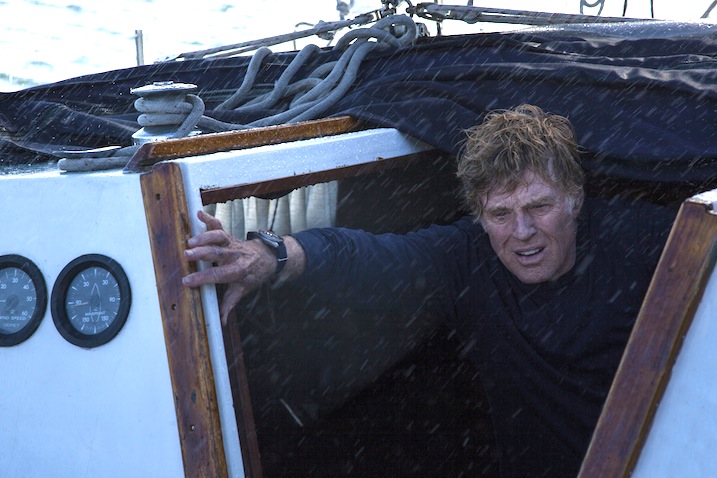 J.C. Chandor’s flashy directorial debut “Margin Call” contained a complicated plot involving financial turmoil, an ensemble of name actors and numerous locations. His followup, “All Is Lost,” takes place at the complete opposite end of the production scale: Robert Redford spends its entire duration fighting for his life while lost at sea, hardly speaking at all, and barely given much definition. While simplistic to describe, however, the movie is an impressively realized work of minimalist storytelling that foregrounds Redford’s physicality more than any other role in his celebrated career. His performance defines the movie to an almost shockingly experimental degree.

Whereas “Margin Call” involved a vaguely defined economic disaster,  “All Is Lost” revolves around a different sort of crash rife with symbolic intent. In the opening voiceover, Redford reads a dire note to no one in particular, ostensibly written by his unnamed character, while a title card situates the action 1700 miles from the Sunda Strait in the Indian Ocean. Speaking in abstractions, Redford makes it clear that he has made peace with his impending doom, concluding that “all is lost here except for body and soul.” Indeed, in its strongest moments, Redford’s compelling screen presence and the implications behind his increasingly desperate situation infuse each scene with an overarching profundity.

But it takes time to settle into the rhythm that allows the emotion to take hold. Even as the introductory bit establishes imminent catastrophe, little happens by surprise; in more than one prolonged sequence, Chandor merely observes his character coping with the urgency of his surroundings.

Still, with the anticipation of an end in sight, “All Is Lost” creates the palpable anticipation of a climax, kicking off the tension with a flashback to eight days earlier. After his yacht crashes into passing flotsam, the man scrambles to patch up the hole and keep his vessel steady. For a time, he succeeds, but the sudden arrival of harsh weather quickly introduces several new challenges. Veteran cinematographer Frank G. DeMarco, who shot “Margin Call,” capitalizes on the intimate setting with an unobtrusive approach — save for a few crane shots to hint at the surrounding desolation, the camera rarely ventures far from Redford’s face. The actor delivers, his expression shifting from astonishment to anger and grief with credible subtlety.

The movie can be interpreted as an eloquent treatise on the aging process itself: Redford’s handsome visage and its now wizened details reckon with the fleeting nature of youth, a concept that takes on intriguing ramifications in the context of stardom. Virtually each shot is a reminder, decades since Redford appeared onscreen in a truly challenging role, that he’s one of America’s great actors. “All Is Lost” doesn’t reinvent his appeal so much as amplify it.

On a less impressive scale, “All Is Lost” trudges along capturing the minutiae of the seafarer’s experience. Yet as Redford hustles to fix a broken radio, construct a lifeboat and find ample supplies, “All Is Lost” fits nicely into an admittedly basic metaphor for life’s ups and downs. Among the ingredients complicating that reading, the wreckage responsible for his initial conundrum may have fallen from a passing ship that’s his best chance of salvation.

In retrospect, “All Is Lost” conveys fundamentally religious connotations. Fortunately, Redford never blatantly says anything about any higher being that giveth and taketh away, but one can find it there. The same force that put him in this situation has the power to take him out of it, but he’s largely left to his own devices, i.e., free will. On occasion, Alex Ebert’s intrusive score overstates that sentimental conceit, threatening to turn “All Is Lost” into a preachy movie by implication. But Chandor smartly avoids an obvious buildup to the conclusion in favor of foregrounding the passage of time, creating the feeling of drifting along with the survivor, sometimes to disorienting effect. 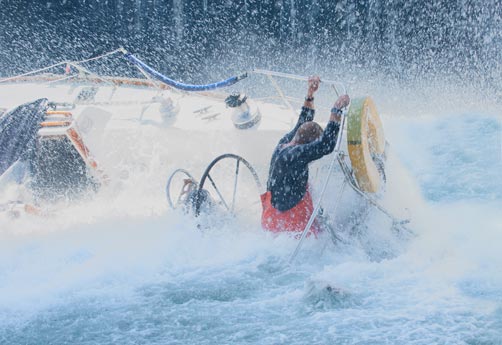 After its initial narration, “All Is Lost” contains hardly more than a single vulgarity among its dialogue, a feat that puts the movie in a class of its own. While the premise encourages easy comparisons to “The Old Man and the Sea” (not to mention “Life of Pi”), Chandor crafts an ominous feeling tied to each individual moment rather than the larger task of survival at hand. Whether he’s wading through the watery boat in search of his supplies, fumbling with a sexton to figure out the right direction, or dreading another bout with the traveling storm, the sense of peril maintains a constant forward momentum. Each moment that Redford manages to stay alive represents a tiny victory even as he faces the same fate that awaits us all. Chandor leaves plenty of time in his patient narrative to let the big ideas sink in.

Nevertheless, even as “All Is Lost” expands Chandor’s range with a far more engaging and determined work, the true auteur of “All Is Lost” is Redford himself. As the camera hovers inches from his iconic blue eyes, the actor takes hold of the material and infuses it with a mortality that demands no explanatory dialogue. Getting close to the actor and watching him work, Redford delivers something we’ve never seen him do before by boiling down the essence of his career into a cavalcade of frantic looks.

HOW WILL IT PLAY? Lionsgate and Roadside Attraction plan a fall release for the movie, when strong reviews should carry it into awards season with an emphasis on Redford’s return to form.

This Article is related to: Reviews and tagged All Is Lost, Cannes Film Festival, J.C. Chandor, Reviews, Robert Redford