Guys, 'Fast & Furious' is Now the Densest, Most Complicated Franchise in Hollywood 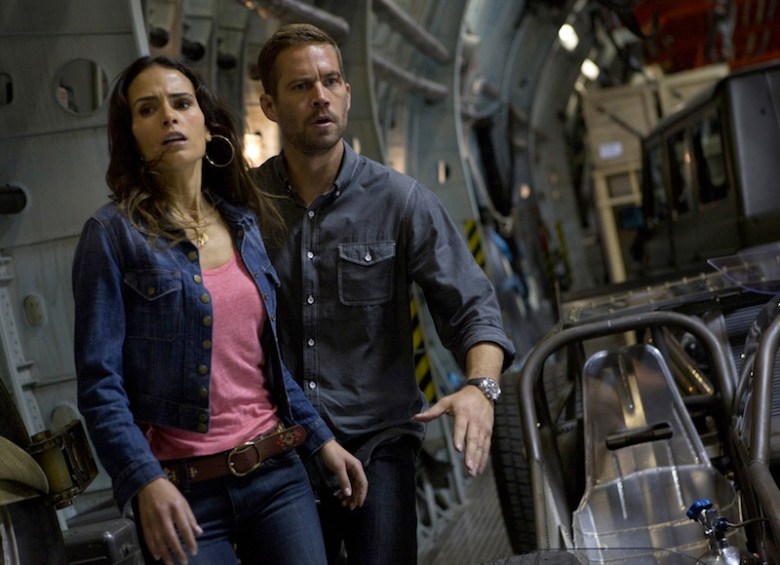 We live in The Age of Accessibility. The movies that get made today are the ones that can be marketed to and most easily understood by the widest possible audience. That means stripping properties of all but their most essential elements. That means making reboots and remakes instead of sequels whenever possible. That means an emphasis on simplicity over complexity.

Consider some recent blockbusters. The #1 movie in America is currently “Star Trek Into Darkness,” the twelfth film in the science-fiction franchise’s history, but just the second since the complete reboot from 2009’s “Star Trek” which washed away decades of continuity and started things over from scratch. “The Amazing Spider-Man” only had three previous movies worth of story to contend with when Marc Webb joined the franchise. He could have just made a sequel; Webb and Sony Pictures chose a reboot instead. Next month at the multiplex will be dominated by “Man of Steel” — a reboot that stands in stark contrast to the last Superman movie, 2006’s “Superman Returns,” which was loaded with references to the older films in that series.

Look at the minimalism of those titles, too. Last fall, Tyler Perry starred as James Patterson’s famous detective in “Alex Cross.” Later this summer, we’ll see “The Wolverine” — a strikingly simple title for the follow-up to something called “X-Men Origins: Wolverine.” And this Christmas, there’s a new entry in the long-running franchise based on Tom Clancy’s Jack Ryan novels. This one is a reboot (the franchise’s second) starring “Star Trek”‘s Chris Pine. Its title? “Jack Ryan.”

And yet in the midst of this trend toward absolute accessibility, there is one Hollywood franchise that has bucked the conventional wisdom about simple, uncomplicated storytelling. It continues to celebrate its continuity, and to deepen it with each new film. And it’s done it with great creative and financial success.

That franchise, kind of shockingly, is “Fast & Furious.”

It’s shocking because this is a series known for its complete and absolute stupidity. The stupidity of its characters, who are almost entirely meatheaded lunks, the stupidity of its storylines, like the one that involved a drug dealer trying to secretly smuggle drugs into Mexico with incredibly flashy street racers with bright neon reflective paint jobs, and the stupidity of the dialogue. But a funny thing happened while Vin Diesel’s Dominic Toretto and Paul Walker’s Brian O’Conner were living their lives a quarter mile at a time: the “Fast & Furious” movies got smarter. Totes smarter, yo.

Granted, these films are still defined by their embrace of flagrantly idiotic action sequences. The new movie, “Fast & Furious 6” includes a scene where a bunch of muscle cars fight a tank, and another where a bunch of muscle cars fight a cargo plane (in “Fast & Furious 7,” I will settle for nothing less than muscle cars versus an evil sentient space station). But the plot line that ever-so-loosely connects these epic battles between dudes and bros has gotten remarkably knotty. You can enjoy “Fast & Furious 6” without having seen any of the previous movies. But fully understanding what the hell is going on (beyond, y’know, “VROOM! GRUNT! SMASH!”) requires a working knowledge of the entire franchise in a way that is growing increasingly rare in big budget blockbusters.

What started as a fairly simple — okay, okay, extraordinarily simple — story of an undercover cop (Walker) who gets a man-crush on his dopily philosophical target (Diesel) has metastasized into a sprawlingly intricate crime epic. Although the first and second sequels pushed the franchise away from its burly, pectoral-muscle-covered heart, director Justin Lin and screenwriter Chris Morgan — who’ve collaborated on each sequel since 2006’s “The Fast & the Furious: Tokyo Drift” — have found ways to make even the orphaned entries important, salvaging fun elements from not-so-fun movies. Tyrese Gibson’s Roman and Ludacris’ Tej both debuted in 2003’s “2 Fast 2 Furious;” Sung Kang’s Han was first featured in the aforementioned “Tokyo Drift” (more on him in a minute).

With each subsequent installment, the cast swells. 2009’s “Fast & Furious” added Gal Gadot’s Gisele, who started a romance with Han. 2011’s “Fast Five” introduced Dwayne Johnson’s Agent Luke Hobbs and Elsa Pataky’s Elena. All of these characters return in “Fast & Furious 6,” many with their own subplots and love stories.

The narrative of “Fast & Furious 6” hinges on the fate of one Letty Ortiz (Michelle Rodriguez), the longtime paramour of Diesel’s Dom. Letty appeared in the first film, “The Fast & the Furious,” then rejoined the franchise (along with most of the original cast) in “Fast & Furious.” In that film, she was presumed killed while working undercover for Walker’s Brian, who was, at the time, an FBI agent. But now Letty turns up alive, working with an international criminal name Owen Shaw (Luke Evans), so Dom, Brian, and their team partner up with their former nemesis Hobbs to find their friend and take down the bad guy.

Everything between the stunts is still basically filler. But Lin and Morgan don’t get enough credit for just how dense and rewarding that filler has become. Their approach is perhaps best typified by their treatment of Sung Kang’s Han; talking about him will require some significant SPOILERS for the earlier films in the series (I’ll try to stay vague about “Fast & Furious 6”).

Although “Tokyo Drift” technically starred Lucas Black as a displaced American teen, the real star was Kang, who brought a wounded, sad soul to a popcorn movie built around the concept of cars turning for 104 minutes. Although Han died in “Tokyo Drift,” he reappeared no worse for wear in “Fast & Furious;” in a crafty bit of reverse engineering, the fourth film (and the fifth and sixth) were actually set before the events of the third. The exact chronology didn’t make a whole lot of sense, but you forgave it anyway because Han was such a fun addition to the crew and Kang was such a wonderfully laconic presence.

Han’s doomed fate was alluded to, with a wink, in each new movie. In “Fast Five,” when asked by Gisele where they should travel with their share of the Rio heist loot, he suggests Madrid. When she quips that she thought he wanted to go to Tokyo, he shoots back “We’ll get there… eventually.”

At that point Lin and Morgan could have just forgotten about “Tokyo Drift” completely. They could have moved ahead and pretended like it never happened — and in the Age of Accessibility, that’s probably what most franchises would do. Instead, with “Fast & Furious 6,” they did the exact opposite. They not only didn’t ignore this rather unwieldy bit of continuity, they actually found a way to use it that simultaneously sets up “Fast & Furious 7” and retroactively enhances “Tokyo Drift” by layering in a really effective motivation for all of Han’s behavior. It’s not just smart; it’s actually elegant. It’s borderline ingenious.

Shrinking production schedules mean Justin Lin won’t return for “Fast & Furious 7;” he’ll be replaced by James Wan, the talented director of the first “Saw” and “Insidious.” His focus will no doubt remain squarely on the cars (and, God willing, the evil sentient space stations). But I hope he continues this franchise’s surprisingly dedicated approach to continuity. In the Age of Accessibility, it’s a decidedly old-fashioned technique, but given these films’ hero, and his predilection for classic American muscle cars, it’s a fitting one.