How 'Hannibal' Earns Its Violence By Engaging Our Fears About Watching 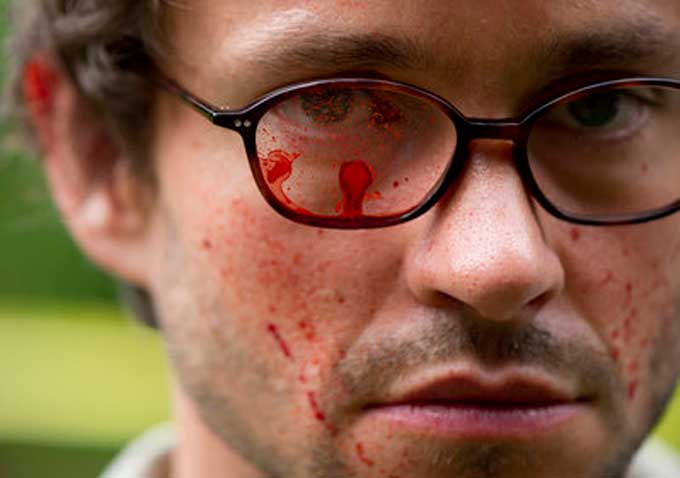 There are shows on the air with higher body counts, from the constant string of corpses being shuffled through “C.S.I.” to the frequent offings in “The Following” and the hack-and-slashery of “Game of Thrones,” but for my dollars, there’s no small screen violence more disturbing than that of “Hannibal,” the excellent “Silence of the Lambs” prequel series created by Bryan Fuller. It’s not the amount of gore in the show so much as the imagination that goes into it — that Dr. Hannibal Lecter (Mads Mikkelsen) frequently cooks up human offal into fussy, exquisite-looking dishes he serves to his unknowing guests is really the least of it.

People have had the skin on their back flayed and suspended on hooks like wings, have been buried alive to serve as mushroom beds, have had their throats cut open and their vocal chords treated so that they could be played like a cello. One particularly haunting scene had the child of a killer realizing her father had been using all of the parts of his victims like an efficient outdoorsman, and cutting open a throw pillow to find it filled with human hair. In last night’s episode, “Buffet Froid,” the victim had her face slashed in a fashion known as a Chelsea smile, her jaw gaping unnaturally wide in death. 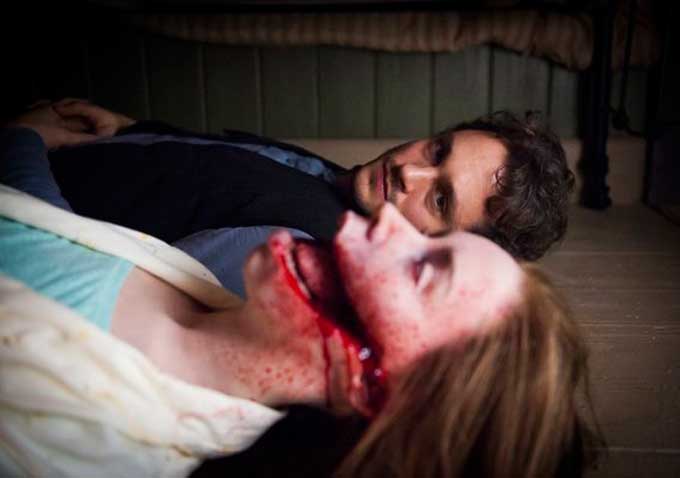 The intensity of these scenes has caused some mild fuss about the show — the fourth episode, about brainwashed, killer children, was pulled at Fuller’s request, with the character development sequences snipped out and released online. Salt Lake City’s NBC affiliate station KSL-TV pulled the show after four episodes due to viewer complaints.

But for the most part, even the unsettlingly gruesome disfigurings “Hannibal” has come to specialize in have gone uncommented on, so inured are we to onscreen violence these days. But “Hannibal” is unusual, and commendable, really, in that part of the point of the show is the fallout of watching such things, is whether the main character, the increasingly distraught FBI special investigator Will Graham (Hugh Dancy), will someone be changed into a killer himself by all the things he’s seen and absorbed.

The link between observing violence and causing it is brought up every time a new tragedy becomes news — what video games did this shooter play, what movies did he like? There’s no real evidence of causality, but the topic gets brought up again and again. It’s a convenient way to turn the conversation away from issues like gun control, certainly, but it’s also an idea that haunts us in a way that has nothing to do with reason — that people somehow become numb to the realities of violence after seeing too much of it, real or faked, that it can contaminate them. “Hannibal” is a kind of dramatization of that fear by way of a protagonist who’s particularly porous, who has very little grounding and no shield between himself and the things he sees. 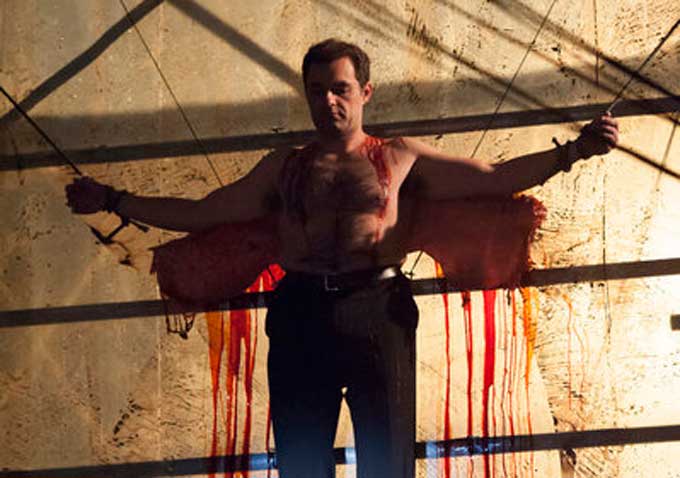 We watch the same violence Will does, though he exists in the world of the show in which it’s real instead of comfortably on the other side of the screen. He’s still fundamentally an observer, one who arrives to commune with the crime scene when it’s as fresh and undisturbed as possible. His dilemma is an interesting one — he’s the theoretical problem viewer in the otherwise fine mass audience, the one who can’t separate himself from what he’s seeing.

That’s also his superpower, what makes him such a brilliant profiler — he has an “empathy disorder” that allows him to put himself in the place of the killers, to understand where they’re coming from and why they did what they did, an ability the show displays by having Will there, committing the murders himself. He’s able to lose himself in the story implied by the evidence, and as the show’s progressed, he’s become more and more worried he can’t get back out.

“There’s a grandiosity to the violence I imagined that feels more real than what I know is true,” he said in “Buffet Froid” — he’s making it more cinematic, more grand, more screen-worthy. More enjoyable, or so he worries. And while the episode also made us aware of how Will’s splintering sanity isn’t just due to psychological stress, it also set up the external forces that are pulling him in two. Hannibal wants him to go from observer to doer, to give in to the killer he believes is within as his sense of reality continues to blur, while Special Agent-in-Charge Jack Crawford (Laurence Fishburne) needs him to be able to keep looking and then shaking it off, to use the fact that he’s saving lives as an anchor (“Is it me, or is it becoming easier for you to look?”).

And Will keeps slipping between reality and the world in his head, such that he’s terrified he’ll kill someone and not even know it. It’s a fascinating treatment of very familiar subject matter — serial killers, who deserve their own TV genre — that manages to give it a new kind of weight and impact beyond being just lurid, something that’s helped by how secondary the episode-by-episode cases are compared to the slowly developing relationships between the main characters. It’s not a procedural about finding killers — it’s a drama about the battle for Will’s soul.

This Article is related to: Television and tagged Hannibal, NBC, Television, TV Features