Not at Cannes? Celebrate Films About Films & Filmmakers with Indiewire @ Hulu Docs 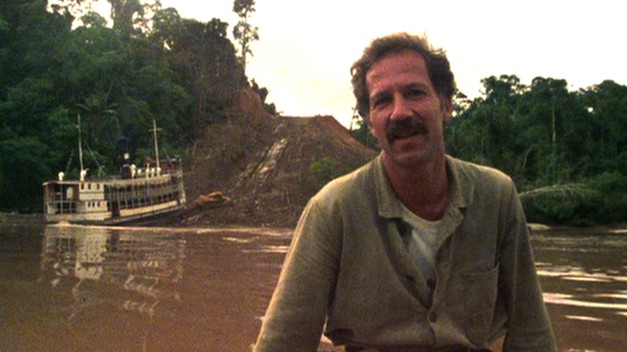 With Cannes now in full swing, the latest edition of Indiewire‘s curation of Hulu’s Documentaries page indulges in some long-distance cinephilia. If you didn’t make it out on the Croisette this year, let these selections – about film and filmmaking – remind you of your love for the cinema. Watch them now for free!

A good place to start is by exploring the devotion certain films engender. Tariq Jalil’s “A Galaxy Far Far Away” focuses on the anticipation for “The Phantom Menace” among hardcore “Star Wars” fans, while Scott Colthorp’s “Trek Nation” shows the “Star Trek” franchise’s lasting impact.

The love of film crosses all genres and tastes – and even for a film deemed the best of the worst, as shown in Michael Stephenson’s enjoyable “Best Worst Movie,” detailing the making of the much-maligned “Troll 2” and its later success as a cult film. Underground films get their due in Jennifer Kroot’s tribute to the work of legendary San Francisco low-fi filmmakers George and Mike Kuchar, “It Came From Kuchar,” while the exploitation film takes center stage in Elijah Drenner’s “American Grindhouse.”

Filmmaking can lead people to do crazy things, perhaps nowhere shown better than in the late Les Blank’s seminal “Burden of Dreams,” about the making of Werner Herzog’s ambitious “Fitzcarraldo.” Keith Fulton and Louis Pepe’s “Lost in La Mancha” also goes behind the scenes as they detail the challenges Terry Gilliam faced as he tried, unsuccessfully, to adapt “Don Quixote” for the screen.

Shifting from directors to cinematographers, James Chressanthis’ “No Subtitles Necessary” reveals the essential roles played by Hungarian expatriate Laszlo Kovacs and Vilmos Zsigmond in the revitalization of American cinema in the late 1960s and beyond. Similarly, Craig McCall’s “Cameraman: The Life & Work of Jack Cardiff” honors the work of the influential Academy Award winning cinematographer.

Finally, the importance of preserving our film history for future generations is the subject of Paul Mariano and Kurt Norton’s “These Amazing Shadows,” about the National Film Registry.

This Article is related to: News and tagged Documentary