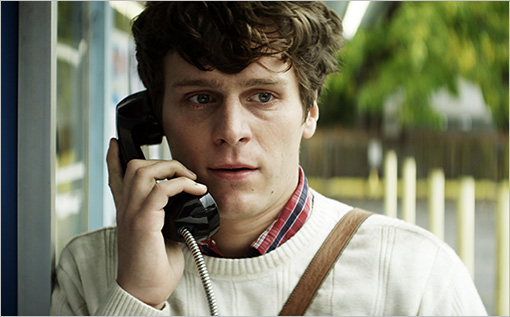 Outfest announced hat Kyle Patrick Alvarez’s “C.O.G.” — the first film adaptation of David Sedaris’s work — has been selected as the Opening Night Gala of the 31st Los Angeles LGBT Film Festival, which will go down on Thursday, July 11.

“C.O.G.” is written and directed by Alvarez and based on a short story by David Sedaris. It stars Jonathan Groff, Denis O’Hare, Corey Stoll, Dean Stockwell, Casey Wilson and Troian Bellisario.

READ MORE: David Sedaris Goes To Sundance: “It was painful to be reminded of how pretentious and horrible I was.”

Outfest also announced that it will present its 17th annual Achievement Award to writer/director Kimberly Peirce.  The award is presented in recognition of “a body of work that has made a significant contribution to LGBT film and media.” The Achievement Award will be presented to Peirce prior to the Opening Night Gala screening of “C.O.G.” on Thursday, July 11 at the Orpheum Theatre in Los Angeles.

“One of Outfest’s principal goals has been to celebrate the many voices of LGBT storytelling on film, and we couldn’t be more excited to honor Kimberly Peirce’s extraordinary filmmaking career while also heralding writer-director Kyle Patrick Alvarez’s stunning sophomore feature capturing David Serdaris’ hilarious tone. The mix promises to make this our most memorable Opening Night,” commented Kirsten Schaffer, Outfest Executive Director, in a statement.

Outfest will be held July 11 – 21, 2013.  The complete lineup for the festival will be announced at the beginning of June.