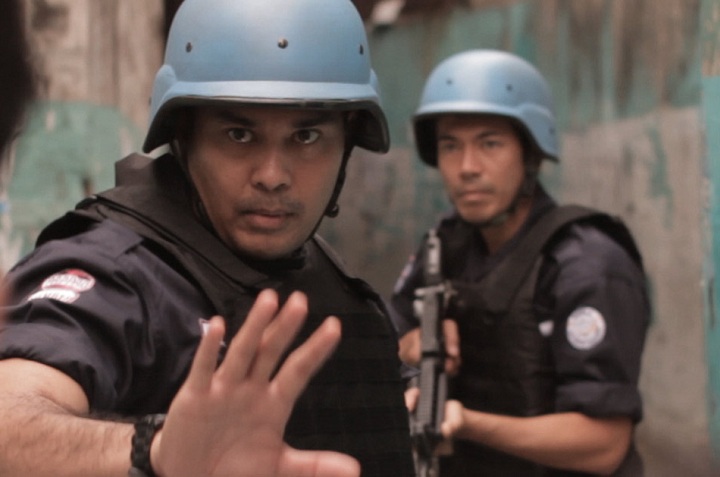 CANNES (May 18, 2013) – Distribution partners 108 Media and Paladin have acquired all North American rights to Sean Ellis’ acclaimed thriller, METRO MANILA, it was announced by 108 CEO Abhi Rastogi and Paladin President Mark Urman.  The film had its world premiere at this year’s Sundance Film Festival where it won the Audience Award for “Best Film” in the World Cinema dramatic competition. Urman and Rastogi negotiated the deal with Abigail Walsh, Head of Sales at Independent, who are handling international sales on the film, and Jessica Lacy, on behalf of ICM partners, who represent Ellis.

METRO MANILA centers around Oscar Ramirez, a poor rice farmer from the Northern Philippine mountains, who moves his family to the capital mega-city of Metro Manila in search of a better life. The sweltering capital’s bustling intensity soon overwhelms the Ramirezes, and they fall prey to the manipulations of hardened locals. Left penniless, Oscar gets a lucky break when he is offered steady work at an armored truck company and is taken under the wing of its friendly senior officer, Ong.  Grateful for the job, Oscar doesn’t realize how dangerous it is; after all, Manila is a city where machine gun-wielding security guards are seen in every shop, from banks and jewelry stores to Starbucks, and where armed robbery has become a daily occurrence. Driving a cash-laden armored truck makes Oscar a moving target, but robbery isn’t the only danger he faces: when it becomes apparent that Ong was lying in wait for someone just like Oscar for some time, and that his motives for hiring him were far from altruistic, Oscar finds himself ensnared in a web of intrigue far more perilous than anything he faces on the mean streets of Manila.

About the deal Urman says, “METRO MANILA is a smashing thriller–as smart and stylish as it is suspenseful—that I found impossible to shake-off.  We look forward to working with Sean on its release and, even more so, to sharing it with audiences.”  Rastogi adds, “this is undoubtedly one of the most exciting films to have emerged on the festival circuit this year, and we are confident that moviegoers and media alike will be blown away by it.”   Ellis adds, “I’m very happy that METRO MANILA has found a home at Paladin/108 Media and know Mark Urman will do a great job in connecting it with its audience”

This Article is related to: News and tagged Acquisitions, Metro Manila