Ricky Gervais' 'Derek' Will Premiere on Netflix in September 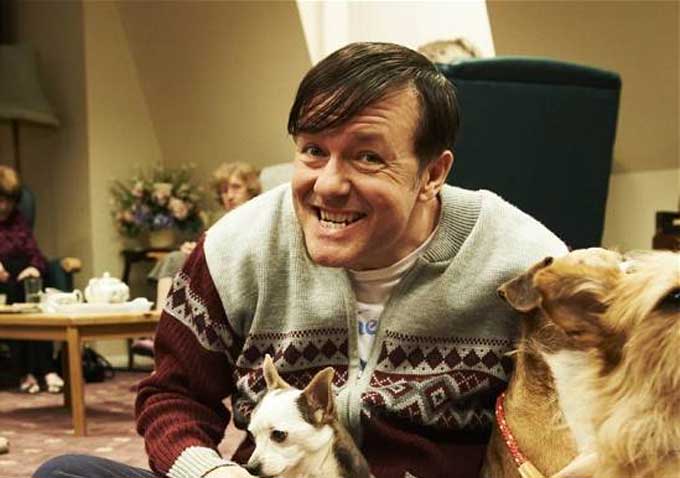 Netflix has set a date for its next exclusive series (of sorts) — all seven half-hour episodes of Ricky Gervais’ “Derek” will premiere at the streaming service at 12:01am PT on September 12. Unlike “House of Cards,” which premiered February 1st, “Hemlock Grove” (April 19th), “Arrested Development” (this Sunday, May 26th) and “Orange is the New Black” (July 11th), “Derek” has already aired on UK TV, premiering in Channel 4.

Gervais wrote, directed, executive produced and stars in “Derek” alongside David Earl, Karl Pilkington and Kerry Godliman. Gervais plays the title character, a kind, childlike middle-aged man who loves his job working at a retirement home and his friends, coworkers Dougie (Pilkington) and Hannah (Godliman) and autograph collector Kev (Earl). The show has been described as the often professionally smarmy Gervais’ attempt to shift gears and approach a subject with sincerity and compassion.

“Ricky Gervais is one of the most distinctive comedy voices of his generation,” said Netflix’s Ted Sarandos in the announcement. “With ‘Derek,’ Ricky takes on new territory and mixes comedy with drama that is sometimes touching and sometimes heartbreaking. We are proud to partner with Ricky to present this unique and wonderful series to our members.”

“Derek” will be available in all Netflix territories except for the UK. The show’s produced by Derek Productions Ltd. for Netflix and was recently renewed for a second season by Channel 4.