The Reason Kickstarter Is a Game Changer? Donating is Better than Investing When It Comes to the Arts 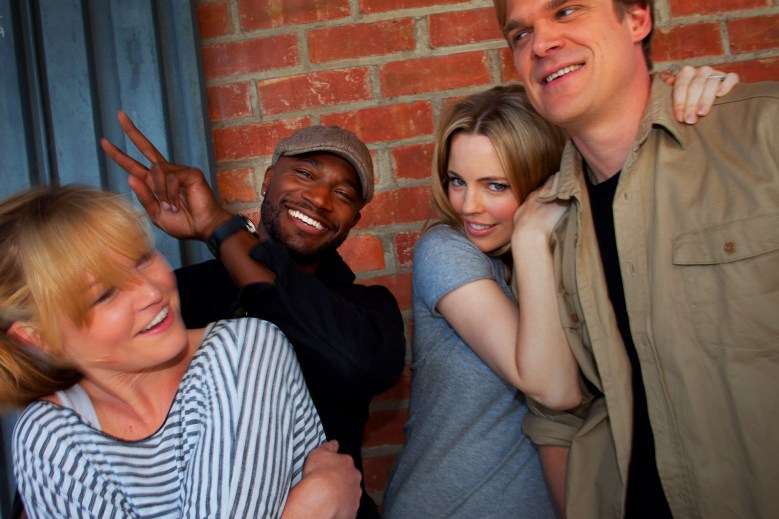 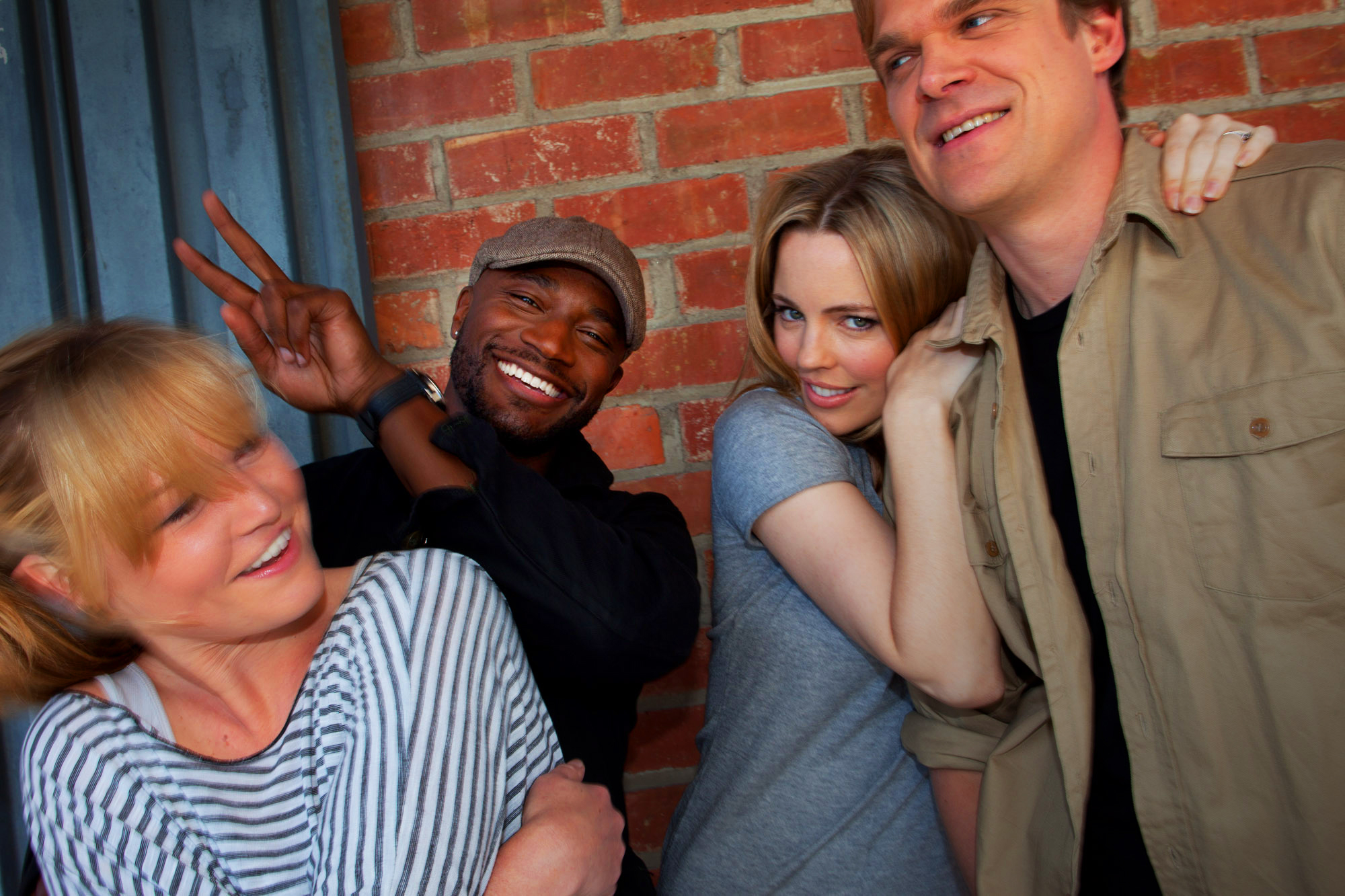 When Slamdance Film Festival co-founder and director of “Between Us” (which will be released by Monterey Media this June) Dan Mirvish commented on an article we wrote about crowdfunding, we asked him to elaborate on why he thinks crowdfunding has been such a game changer.  His answer may surprise you:  it’s difficult and somewhat dishonest to ask people to invest in a project that, in all likelihood, will fail to net profits.

In all the fuss over Veronica Mars and Zach Braff, people are getting stuck in the trees (most of which fall and don’t get heard anyway) and missing the forest.  The crowd-funding/Kickstarter movement in general is changing the fundamental paradigm of film financing from “investing” in films to “donating” to them.

For years (and yes, this really does go back over 100 years), as filmmakers we’ve had to give false hope to investors that they might actually see a return on investment for a film, when we all know the odds of that are slim to none. We’ve all written countless business plans that talk about the success stories of “Clerks,” “Blair Witch Project” or “Napoleon Dynamite” (conveniently forgetting to mention the filmmakers behind “Napoleon”‘s multi-year lawsuit against Fox for screwing them on the backend).  We’ve all relayed tall tales to investors of Harvey Weinstein napkin deals at [Park City cocktail party venue] Zoom and “Paranormal Activity” discoveries by Spielberg.  And then in the next page – in small print, and dutifully required by the SEC – we always say that investing in film is a risky proposition intended only for people who can afford to lose their money.  But wink, wink – WE’LL defy the odds, because our film is SPECIAL!

READ MORE: Five Things Film Festival Programmers Told Us about How They Use Crowdfunding Sites

And we couldn’t get money from all our old high school pals working in tire stores, because the SEC required us to “qualify” our investors by invasively asking them if they were rich enough to lose their money.  How many of us have awkwardly asked our in-laws or dentists to review their net worth to see if they’re “worthy” of losing their money to us?
At worst, we’ve told investors that the good news is that they can claim their investment as a loss on their taxes through Section 181!  Have you ever wondered what Section 180 is, by the way? It’s a deduction farmers use for fertilizer.  In other words, in the eyes of the IRS, film is literally just more shit you can deduct from your taxes.  No wonder investing in film gets no respect.  In a time when Steven Sodergergh throws in the towel, Ted Hope gets a festival job in San Francisco, and my accountant indelicately calls what I do “a hobby,” let’s all stop fooling ourselves.  No one’s thriving off indie film, much less getting rich:  Adam Smith would laugh at this ridiculous attempt at capitalism.
Meanwhile operas, symphonies, art museums, subscription community theaters – even public radio – all happily get donations from every rich sap in town because they are contributions to the fancy arts.  Society types get their tickets, go to parties, get tote bags, and yes get a tax deduction.  But more important, they get to feel like modern day Medicis (or “meta cheese”, if you prefer), and feel part of the arts events they’re contributing to.
But along comes Kickstarter and its kin, and there’s now a way for people to just donate to your film, without the hollow promises, without the awkward net worth questions, and without the inevitable broken kneecaps from investors who felt you let them down.  Finally, people are starting to view film as what it is: an art form that is worthy of “donations” from “backers” rather than an inevitably doomed business model that needs “investments” that will “fail”.
I had a very successful Kickstarter campaign where I raised upwards of $10,000 for my film BETWEEN US (which conveniently hits theaters in June!).  Of course, this was 2 1/2 years ago, when $10,000 was a successful campaign.  I actually used the campaign as a Trojan horse, literally embedding my business plan on my KS page, so as to attract big money investors.  Sure enough, we raised probably another $20-25,000 indirectly through the campaign.  People forget – it’s called KickSTARTER, not Kickfinisher.  It’s not about the money, it’s about the momentum.  With what we raised, I was able to set a start date. With a start date, I got a cast that included Julia Stiles and Taye Diggs. And with them on board, we found enough money through investors to pay most of our crew and finish the film.  21 festivals and one grand jury prize later, and hopefully my Kickstarter supporters feel they got to be part of something worthwhile, even if they never see a dime back.
Sure, if we could find a way to make donations tax-deductible, then that would be huge. Films could really start to compete with those whiny NPR station and their ridiculous tote bags.  Short of that, I support legislative efforts to turn these donations into SEC-approved investments.  That at least solves the problem of how to get smaller investors, but it brings us back to the era of unrequited expectations and broken kneecaps.
The paradigm shift is here, people, and it’s a good thing for all of us. The degrading facade of convincing investors that they will actually make their money back is evaporating.  The veil of financial success has been lifted.  Now, people are giving money to films for all the right reasons:  Contributing to the arts, participating in the creative process, getting swag, doing product placement, or sleeping with the lead actress.  Whatever it takes, but at least it’ll be a fun ride!  There are plenty of good reasons to give filmmakers money to make a movie, and making that case is now easier for all of us.  And that’s good for filmmakers and it’s good for people with money.

I see that Kickstarter bigwigs put out a statement that Veronica Mars/Zach Braff supporters – new to Kickstarter – have thrown in $160,000 to hundreds of other film projects so far.  I know from first hand experience when I did my BETWEEN US  campaign, some of my biggest backers found out about the film solely from trolling around Kickstarter pages, not through any preexisting knowledge of me or my friends.  So I’m inclined to agree that the rising tide is indeed floating all boats.
But enough pontificating. Time to get back to work on my upcoming script…