Watch: Kristin Scott Thomas Like You've Never Seen Her Before in Three NSFW Clips From 'Only God Forgives' 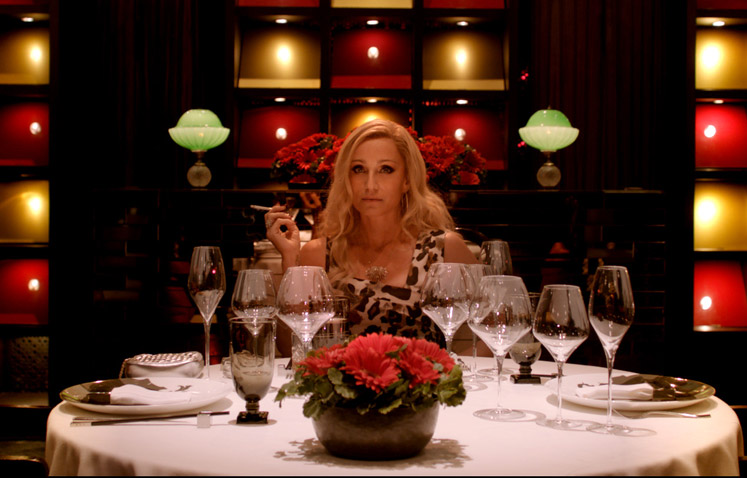 At last night’s Weinstein Co. annual Cannes preview, the clear standout of the evening was a scene from “Drive” director Nicolas Winding Refn’s Palme d’Or contender “Only God Forgives,” that featured Kristin Scott Thomas like you’re never her seen before.

READ MORE: Five Minutes of Nicole Kidman As ‘Grace of Monaco’ Is Not Enough: The Weinstein Co. Underwhelms With Cannes Preview

In the thriller, an icy blond Thomas plays Crystal, the menacing
matriarch of a drug empire and mother to Julian (Ryan Gosling), a
manager of an illegal Thai boxing ring, who she orders to hunt down his
brother (and her son’s) killer.

Watch that scene below and two more from the film that showcase the film’s “Drive”-like violence. The film premieres in Cannes on Wednesday and opens stateside July 19.