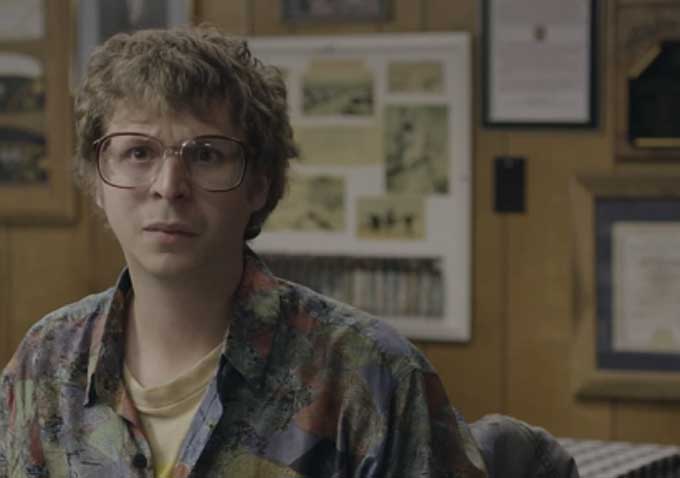 Though officially a part of YouTube’s ongoing Comedy Week, Michael Cera’s appearance in the new short film “Gregory Go Boom” also works as an unofficial warm-up for this weekend’s new season of “Arrested Development.” That’s not to say George Michael Bluth has suffered a Buster-esque accident with a seal — the new video from director Janicza Bravo (“Eat”) is just one way to get used to seeing 25-year-old Cera after watching so much of 15-year-old Cera during your marathon sessions of “AD” viewing. (You have been watching, right?)

Cera executive produced and stars in the film as a paraplegic looking for love in California’s Salton Sea. This bleak premise as well as the ominous trailer hint at some dark themes, but there’s bound to be a few laughs — seeing as it’s Comedy Week and all.

Cera recently released his directorial debut, the short film “Brazzaville Teen-Ager,” that also premiered as a JASH video. Launched at the 2013 SXSW Festival, JASH is a comedy collective featuring work from Sarah Silverman, Michael Cera, Tim & Eric, and Reggie Watts produced exclusively for YouTube. Check out the 17-minute short below, and get ready for more Michael — George Michael — this weekend when the new “Arrested Development” season goes up on May 26th.