Why Will Melissa Joan Hart's Kickstarter Campaign Fail? Let's Explain It All. 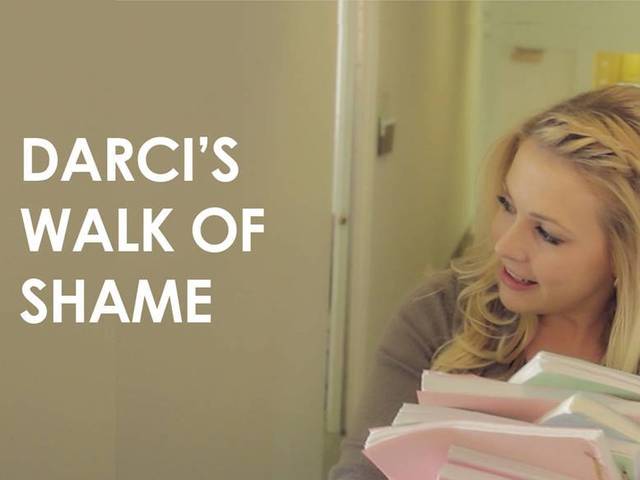 Last week, the Internet went crazy expressing either support or ennui after Zach Braff announced he’d be seeking $2 milllion on Kickstarter for his follow-up to “Garden State.”

But few noticed that Melissa Joan Hart, the actress famous for teenage roles in “Sabrina the Teenage Witch,” “Clarissa Explains it All,” and the movie “Drive Me Crazy” (the one best known for its Britney Spears theme), launched a Kickstarter campaign for her new star vehicle “Darci’s Walk of Shame.”  She’s described the film as a “Funny, sexy, screwball, adult, romantic comedy. No magic. No black cat. Enormous fun.”

Those wishing to point out the flaws of celebrities on Kickstarter would do well to direct their attention away from Zach Braff (though his Kickstarter distribution plan has its flaws as I wrote about last week), and take a closer look at Hart’s campaign.

First, the pitch is bad.  This has nothing to do with the fact that it’s a celebrity on Kickstarter.  The page has a synopsis and then a letter from Hart which also is primarily synopsis.  The synopsis can be summed up quickly, it turns out: a girl loses her boyfriend and then has her first one night stand before her sisters wedding.  I think Katherine Heigl has starred in eight films with a similar plot.  This year.

The pitch even includes a definition of “walk of shame.”

But enough about the proposed film.  After several weeks on Kickstarter (the project was launched April 11), Hart has just raised over $50,000 of her $2 million goal.  Compare that to “Veronica Mars,” which raised its $2 million in one day, and Zach Braff, who raised his in several days.

The project video for “Darci’s Walk of Shame” focuses on Hart’s appeal as a celebrity, which was built on acting in mediocre-to-good teen fare that doesn’t age incredibly well.  Her only recent spikes of fame has come from outing herself as a Republican, doing just okay on “Dancing with the Stars,” and starring in a show with fellow rarely working actor Joey Lawrence on ABC Family.

Hart, unlike “Veronica Mars” creator Rob Thomas and writer-director Zach Braff, is not the creator or creative mind behind this project.  It’s being directed by “Sabrina” director Tibor Takacs, who makes an appearance in the campaign video.  She’s just a woman who used to be on a television show that you wouldn’t turn off when it appeared in the TGIF lineup.  Good actresses can be in bad films that aren’t worth funding; good creators usually make a film worth watching.

Hart would also have done well to read our guide to celebrities on Kickstarter before creating her rewards.

Some of the most impressive(ly awkward) reward descriptions:

Two of our main cast
members (not Melissa Joan Hart) will follow you on Twitter for a full
year. We don’t know who they are yet, but we know you’ll want them
following you (on Twitter only)! You’ll also receive the limited
edition T-shirt and the PDF of the shooting script.

Nothing like an unnecessary disclaimer to make you suspect…for $250:

You will receive an
on-screen thank you during the end credits of the film! You and 99
others will be specially thanked for your help in making this film
possible. You’ll also receive the signed movie poster and the DVD.

***Another disclaimer! We will do everything in our power to make sure
your name is spelled correctly and we don’t miss any names or leave
anyone out. However, mistakes are made, and if we make one here, be
assured there is no intent. We ask for your forgiveness, with the
understanding that once the film is released, we won’t be able to make
any changes.

In case you thought Hart had a thing against following people on Twitter…for $300:

Melissa Joan Hart will follow you on Twitter for a full year. You’ll
also receive the T-shirt, signed poster and signed shooting script.

No need to go any further with this. The campaign may be too confusing and too unwanted to actually reach its $2 million.  Let’s see what happens.  The Kickstarter campaign for “Darci’s Walk of Shame” ends May 26.

This Article is related to: News and tagged Filmmaker Toolkit: Crowdfunding