With 'Only Lovers Left Alive,' Jim Jarmusch Caps a Great Year For American Auteurs in Cannes 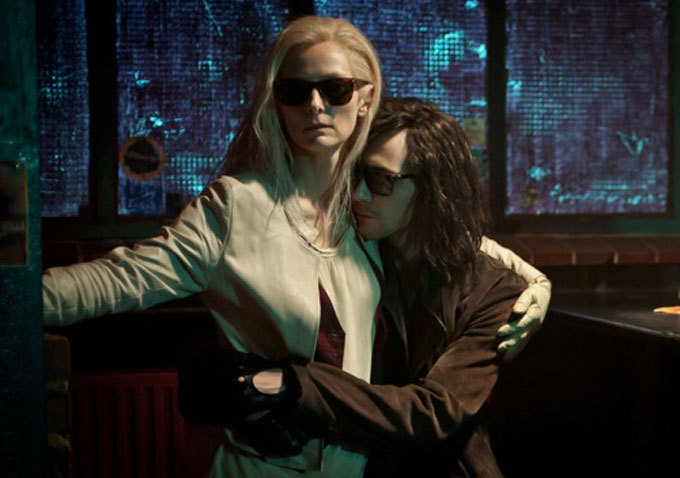 If the fashionable bloodsuckers of the “Twilight” movies traded their frantic stares for expressions of ennui, they might have something in common with Adam (Tom Hiddleston) and Eve (Tilda Swinton), the retro cool vampires at the heart of Jim Jarmusch’s “Only Lovers Left Alive.” But that could never happen. Jarmusch’s characters are always too hip for the mainstream, which he reminds viewers by making a welcome return to the realm of deadpan comedies that put his work on the map in the first place. Not that he ever drifted too far from it.

A centuries-old couple bored with contemporary society, Adam and Eve spend part of the movie living separately in Detroit and Tangiers before uniting at each location, muttering refrains about modern culture and recalling better times. They have sparse company in their understated despair: An enjoyable John Hurt surfaces in a few scenes to play the stately Christopher Marlowe, still hurt by living eternally in the shadow of William Shakespeare. Eve’s horny younger sister Ava (Mia Wasikowska) crashes at Adam’s Detroit home in search of an excuse to party and briefly causes problems that, if they didn’t involve casual violence, wouldn’t seem out of place in a chick flick. But “Only Lovers Left Alive,” despite its unapologetically silly developments, also contains the wistfulness and wine-drenched romanticism of “Before Sunrise” and its sequels. For Adam and Eve, however, the coming dawn presents a literal barrier to enjoying their lives together to the fullest extent. 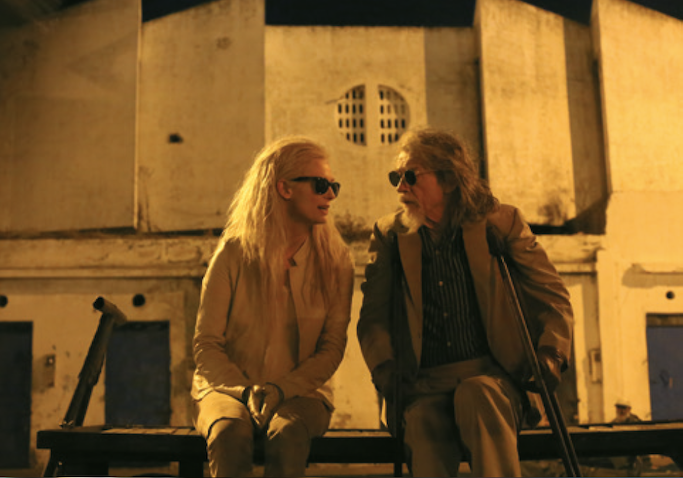 So each night is another zigzagging misadventure. The only real presence who instigates plot development, Ava gravitates toward musician Adam’s long-haired rocker pal (Anton Yelchin), one of several dazed humans whom the vampires tend to call “zombies” — a term that in this case sounds more like a pejorative reference to anyone not part of their immediate social circle. In Jarmusch’s amusingly offbeat and intentionally meandering narrative, the world is just not as chic as it was so many decades earlier. (You had to be there.) But then again, maybe that’s because the Detroit scenery can feel redundant after a while. In over 30 years of making movies, Jarmusch’s interest in the intersection of bland environments and vivid personalities fortunately hasn’t waned.

The lackadaisical nature of Adam and Eve’s world — their lack of urgency in spite of feeling frustrated with the immortal lives imposed on them — has turned them into brooding loners more inclined to talk than act. “This self-obsession is a waste of living,” one of them sighs after a lengthy period of introspection. Removed from the supernatural context, Jarmusch’s latest protagonists in this undeniably light, witty sketch of a movie fall in line with the bored, retro cool outsiders found throughout his oeuvre. It’s refreshing to see that, in Jarmusch’s world, even the undead have a lust for life and the capacity to complain about it with soul.

At best, Jarmusch’s movies find poetic ingredients lurking within the less glamorous regions of American society. From “Stranger Than Paradise” to “Broken Flowers,” the unremarkable settings engender darkly funny neuroses and yearning for better lives. (Jarmusch’s last feature, “The Limits of Control,” was a confounding digression.) That has made him into a prototypical American filmmaker, one of several who premiered movies in Cannes’ main competition this year.

READ MORE: The Playlist Offers a Different Take on “Only Lovers Left Alive”

The five American movies in competition — not counting French director Arnaud Desplechin’s miscast and poorly scripted “Jimmy P.” — present a rather consistent view of 20th first century attitudes. James Gray’s classical Prohibition-era New York period drama “The Immigrant” provides an elegant treatment of the strengths and weaknesses involved in the cultivation of the American dream. Joel and Ethan Coen’s “Inside Llewyn Davis” captures the heyday of American folk music by exploring its reflection in one man’s directionless lifestyle. Alexander Payne’s “Nebraska” explores the isolation and interpersonal dramas associated with provincial life. Steven Soderbergh’s wildly amusing HBO biopic “Behind the Candelabra,” which stars a seriously committed Michael Douglas as Liberace and an equally believable Matt Damon as the pianist’s longtime lover, explores late seventies pop culture through the tensions between bonafide artistry and kitsch that define Liberace’s legacy to this day. Collectively, these features cover the gamut of American attitudes during several dynamic periods in their evolution. Foreign audiences learned a lot about us this year.

But these movies are also each distinctive works married to the stylistic whims of their creators, perhaps none more so than “Only Lovers Left Alive.” If you can groove with Jarmusch’s patient, philosophical indulgences and the wooden exteriors of his characters’ lives, the movie rewards with a savvy emotional payoff about moving forward even when the motivation to do so has gone. “It’s over for us, isn’t it?” Swinton’s vampire sighs when thinking about the past. By contrast, this year’s vibrant Cannes competition suggests that many of America’s established auteurs have plenty left to say.