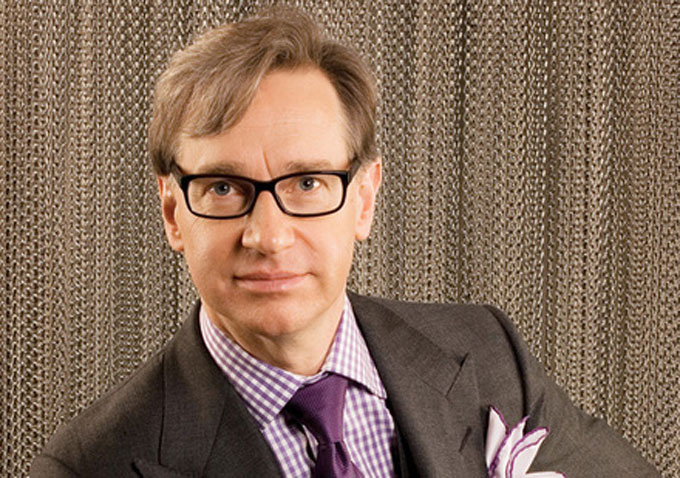 Paul Feig seems to have occupied every corner of the television and filmmaking process, from performing stand-up in Detroit clubs at age 15 to taking a role on “Sabrina the Teenage Witch” (“Acting is hard, but not when you’re playing Eugene Pool”) to helming episodes of some of the best shows on the small screen. Perhaps best known as the creator of the seminal TV series “Freaks and Geeks,” Feig has an impressive list of directing, acting, producing and writing credits. He’s directed episodes of “The Office,” “Arrested Development,” “Mad Men,” “Nurse Jackie” and “Weeds,” as well as 2011 hit “Bridesmaids” and the new buddy cop comedy “The Heat,” starring Melissa McCarthy and Sandra Bullock. On Tuesday night, Feig sat down with David Schwartz, chief curator at the Museum of the Moving Image, at the closing 92YTribeca to talk about working in film and television, women in comedy, and his obsession with Steve Martin. Here are some of the highlights:

He appreciates the relationship between writing and directing. “As a director, it’s important to have a knowledge of writing,” Feig noted. When asked which he preferred, writing or directing, he answered, “I wouldn’t want to just be writing, because I like to control what I’m writing. If I had to pick one, I would just direct.” Having worked extensively in both film and television, Feig discussed one of the differences between the two mediums: “In TV, you are a facilitator; it’s a writer’s medium. When you’re doing a movie, you are the storyteller. It is your job to fix that script, [so] the expectation is for the director to jettison above the writer.” Feig disagreed with this assumption, adding, “I think it’s important [as a director] to have a relationship with the writer,” explaining that the partnership is crucial in fostering moments of interconnectivity on screen.

That said, the script is malleable. Speaking of being in control of a project, Feig had some words of wisdom on the subject: “Control freaks are the death of comedy, and I was one.” He spoke about his early days on “Freaks and Geeks,” treating the newly approved script for the pilot as an untouchable document. Executive producer Judd Apatow felt differently, immediately announcing, “Let’s tear the script apart,” words to which Feig didn’t react well. “I feel like my own army is shooting at my back,” he thought at the time. Feig expressed that he has since come to terms with the script being fluid and capable of some messing around with. “Don’t be religious about the words at all; make it your own.” Said a reformed Feig, “To me the alchemy is controlled chaos.”

Find the funny people and let them roll with it. Part of this controlled chaos has been achieved by Feig’s consistently talented line-up of hilarious actors and actresses. Feig depicted himself as a director who is first and foremost invested in the actors and their performances. “Directing is about getting out of their way,” he said. “My real role as a director is about creating a safe, pressure-free environment.” Feig also spoke about the crucial process of casting, giving a deserved nod to casting director and long-time colleague Allison Jones. “If someone’s good, rewrite the part for them,” he urged. “Don’t lose them.” Feig attributes talented performances to having a keen eye for improv. “True funny people know where the line is…then you can set them loose.” And set them loose he does. In his films, he often lets his leading ladies improvise for a while and lets the cameras roll. “It’s all about catching lightning in a bottle. That’s why I always cross-shoot.” The improvisational performances are also more naturalistic, an effect Feig strives to achieve in both film and television. It’s about getting off the roadmap to capture real, authentic performances, he explained, resulting in acting that is joyous and buoyant.

He’s fascinated by female friendship. With “The Heat,” “Bridesmaids,” and the female-fronted “Freaks and Geeks” under his belt, it’s no surprise that Feig is interested in depicting friendships between women on screen. “There’s a kind of camaraderie that I like,” he said. “It’s a less aggressive kind of bond.” These relationships have been explored in his work in television — “Kim Kelly is My Friend” is one of Freaks and Geeks’ strongest episodes — as well as in more comedic contexts. “Anything I can put funny strong women in, I am there,” he stated in the midst of praising Melissa McCarthy’s improv chops. His ultimate hope is to break down the barrier between “guy comedies” and chick flicks. “The goal is to have people see men or women on a poster and have them think, ‘those are funny people,'” rather than seeing a group of funny women. 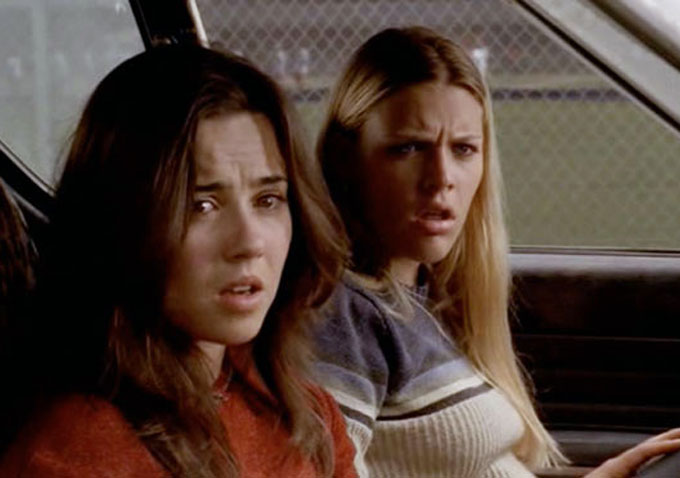 He embraced the geekery in “Freaks and Geeks.” Any mention of Feig’s influential 1999-2000 series during the interview was met with roars of applause from the audience, and he seemed immensely indebted to the show in spite of its all too brief run. “‘Freaks and Geeks’ was the thing that kept me from being completely unemployed,” he admitted. Naturally, the subject came with its share of questions. One attendee asked about the show’s unique tone, to which Feig responded, “I had seen teen things… they were all about cool kids.” Feig was looking for a show that was truer to his teen experiences, i.e. being bullied and geeking out over Steve Martin, rather than one from the point of view of the popular kids: “It was more a reaction to that.”

No, he didn’t help Linda Cardellini get her role on “Mad Men.” Feig talked briefly about the AMC drama, one of many shows in which he has directorial credits. When an audience member asked if he had any role in “Freaks and Geeks” lead Linda Cardellini being cast in the just completed sixth season, he denied any intervention. He did, however, assure the audience that “Matt Weiner loves ‘Freaks and Geeks.'”

He just wants to make us laugh. Feig opened with a sentiment that pervaded the entirety of the interview: “I always wanted to make people laugh,” he said, later adding, “I want to lighten people’s lives a little bit.” It’s no surprise, then, that Feig cited Howard Hawks, Frank Capra, and Preston Sturges as influences, as well as Woody Allen. “‘Take The Money and Run’ sent chills up my spine,” he reminisced. Particularly important was his childhood obsession with Martin. He recounted a Sam Weir-worthy memory of going out and buying a three piece white suit and a microphone, then returning to his childhood bedroom to lip-sync to the entire Steve Martin stand-up records. Feig’s closing remarks stressed the importance of telling an honest story and giving your take on the world, something he is proud of former freaks Seth Rogen and James Franco for doing in their current films.

He plans on continuing his trend of female-led comedies. “My pet project at the moment is something I’ve already written,” Feig answered in response to a question about upcoming projects. “It’s basically a female James Bond.”