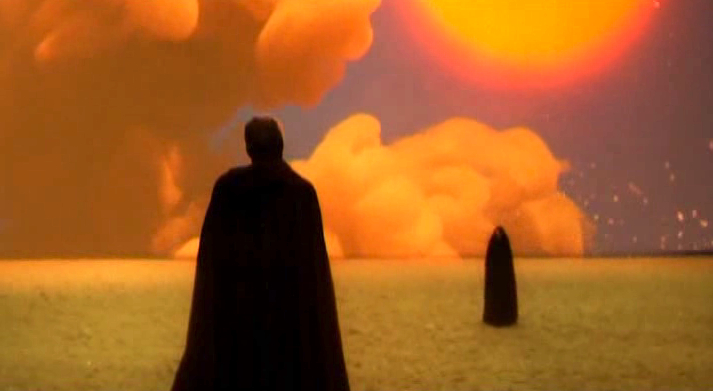 Drafthouse Films, the distribution arm of Alamo Drafthouse Cinema, has announced the acquisition of North American rights to “The Visitor,” the sci-fi, action, horror amalgamation from 1979.

The film stars acclaimed actor/director John Huston (“The Maltese Falcon,” “Treasure of the Sierra Madre”) as an intergalactic warrior out to save a telekinetic eight-year-old girl (Paige Connor) in a battle between God and the Devil. Franco Nero turns out an uncredited role as a cosmic Jesus Christ — told you it was a weird movie.

Italian producer Ovidio G. Assonitis and director Giulio Paradisi, like many European thriller filmmakers of the era, took inspiration from American films such as “The Omen,” “Close Encounters of the Third Kind,” “Rosemary’s Baby,” and “Star Wars” to create what Mondo Digital dubbed “the Mount Everest of insane ’70s Italian movies.”

“This film is from another time, another place and another wholly different dimension,” said Drafthouse Films Creative Director Evan Husney, “and contains the highest JDPM (jaw-drops-per-minute) ratio out of any movie we have ever encountered. “The Visitor” is a repertory mainstay at the Alamo Drafthouse and is truly one of the most joyfully delirious theatrical experiences we’ve unleashed on our audiences. The world wasn’t ready for this film in 1979, and it still may not be. Regardless, we are ecstatic to be able to reintroduce cinema’s most colossally bizarro achievement. Ever.”

The bizarro cast is rounded out by Shelley Winters (“Night of the Hunter”), Glenn Ford (“Superman”), Lance Henriksen (“Aliens”),  and Sam Peckinpah (director of “The Wild Bunch”). “The Visitor” received poor critical reviews when it was released in 1979 — TV Guide called it “junk”– but since then it has been rediscovered by specialty horror houses and has become a burgeoning cult classic.

Drafthouse has done a complete HD restoration of the original film and plans for theatrical, DVD and VOD/Digital release later this year. The deal was negotiated by Drafthouse COO James Emanuel Shapiro and Fabrizio Giona on behalf of the film’s rights holder, producer Ovidio G. Assonitis. US Fans who enroll in the Drafthouse Alliance subscription program can guarantee pre-order. 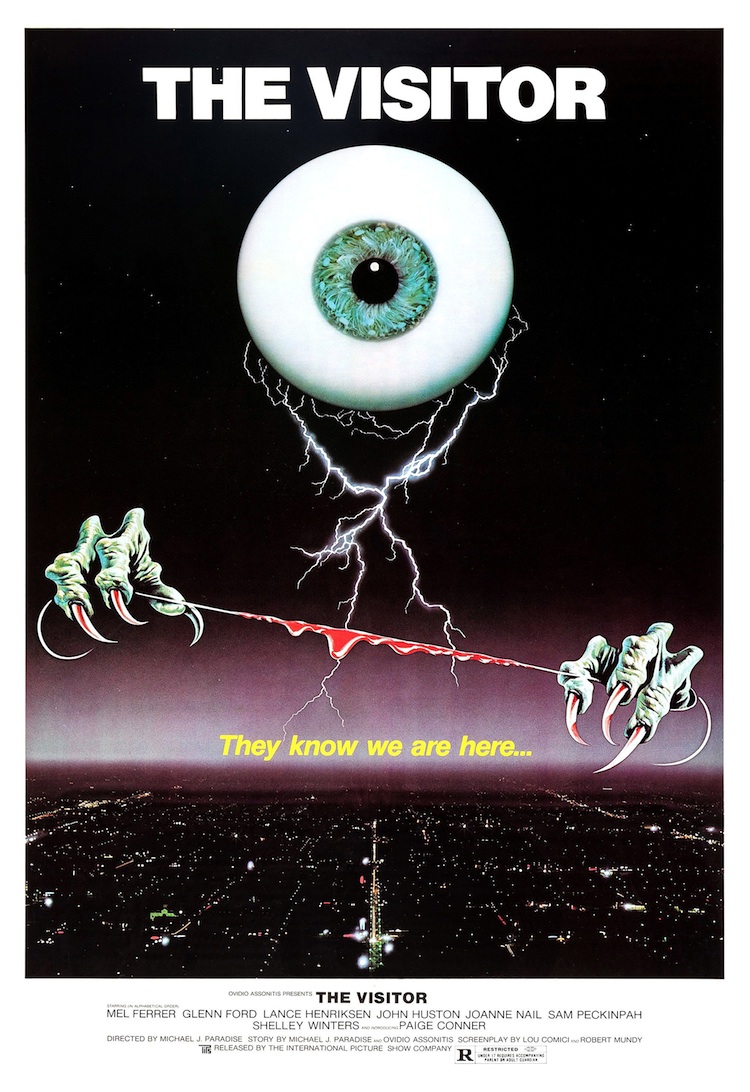