Elijah Wood on Acting as a Sadistic 'Maniac,' His Love of Horror and Finally Playing Characters His Own Age 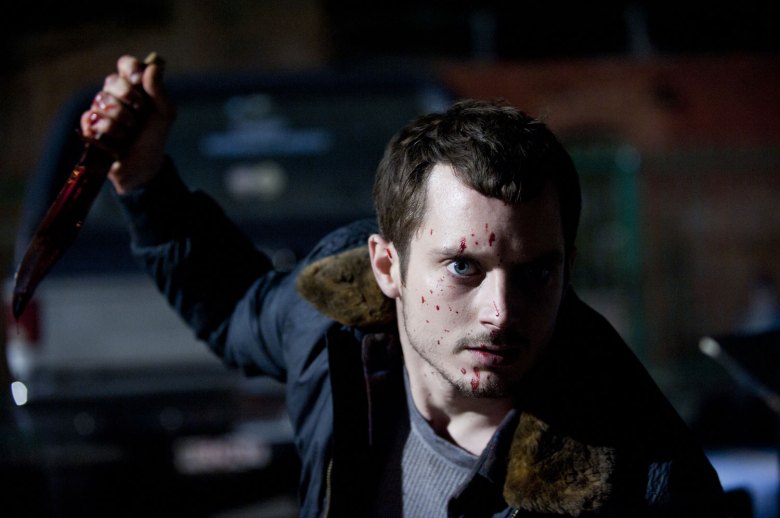 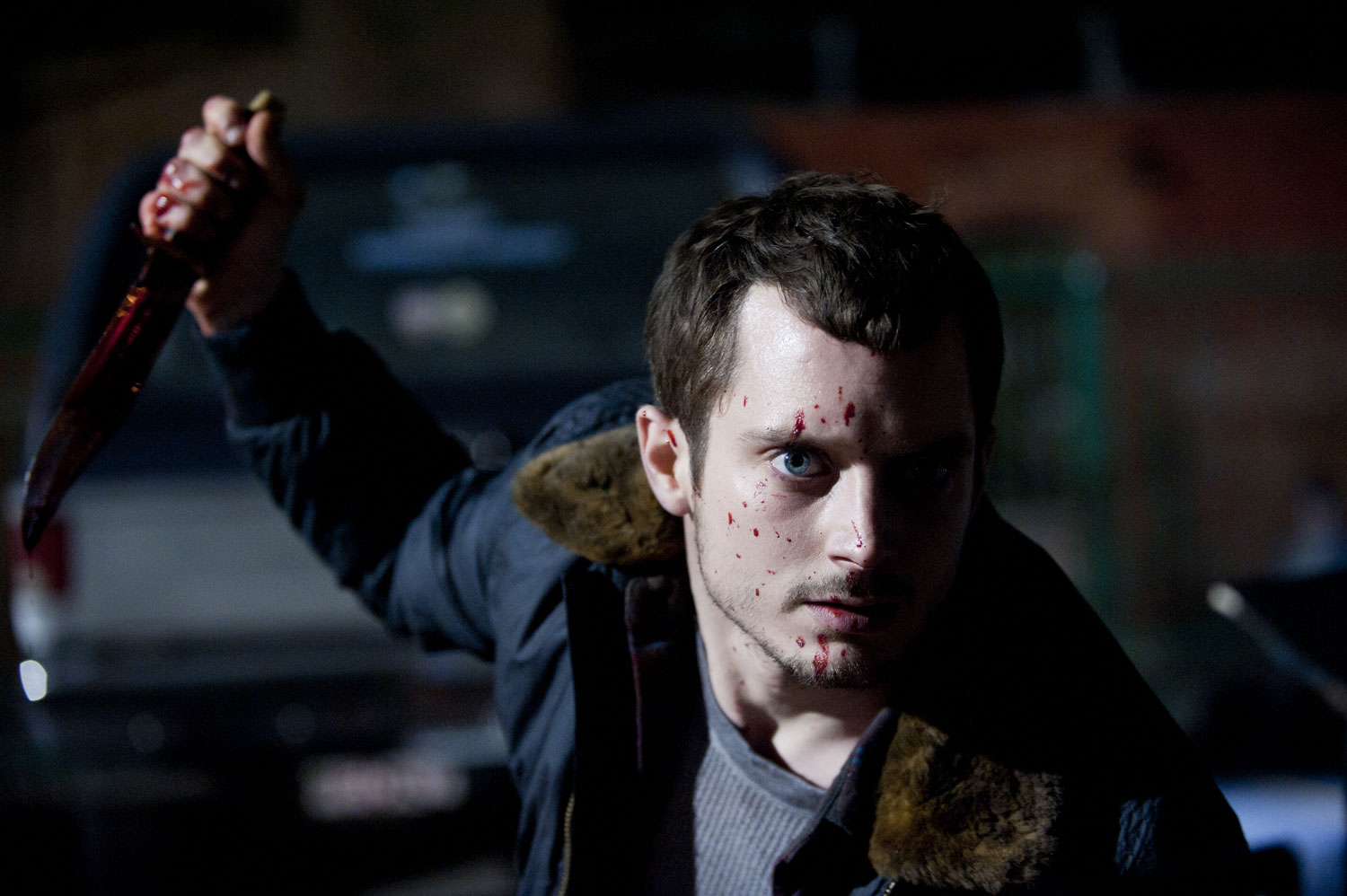 Elijah Wood is long way way from the Shire in “Maniac,” out in select theaters and on VOD this Friday. In Franck Khalfoun’s brutal remake of the cult ’80s slasher of the same name, Wood plays the titular loon, a compulsive killer of young women who takes their scalps as trophies. Unlike the sadistically stoic killer he played in “Sin City,” Wood’s “Maniac” is a deeply perturbed mess; tormented by a troubled childhood, he’s prone to breaking down amidst the collection of scalps that he adorns on the heads of the mannequins that line his basement. Wood told Indiewire about going dark for “Maniac,” his love of horror that led him to create his horror production company (The Woodshed) responsible for “Maniac,” and life post-“Lord of the Rings.”

How did you go about embodying the film’s titular killer? Actors are prone to saying they have to somehow empathize with who they’re playing in order to truthfully convey their actions — I imagine with a character like this that’s tough.

I don’t know that I have to relate to them personally, or that there’s anything in me that’s in the character. But as a human being — just relating to their humanity, maybe. How it pertains to this character is I think there is humanity in him. He’s incredibly vulnerable, as brutal as he can be and the violence that he inflicts on women. By himself he’s actually kind of desperate for connection, he’s socially awkward and he finds it difficult to relate to people.

It’s there that I found his humanity and was able to relate to him — certainly not in the way he conducts himself. Also, just trying to intellectually understand how one could get from one place to another, you know, what is ultimately driving him to do what he’s doing, and understanding that, not from a personal level but on an intellectual level. I think that’s where I’m able tog get at the character in terms of portraying him. 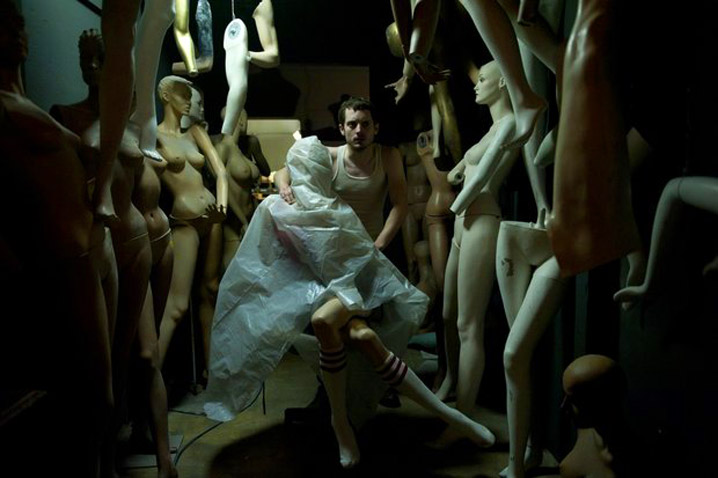 The film takes a POV approach for the most part — the camera sees what you see. What was the challenge like, forming so much of your performance via your voice?

I found that really exciting, the idea that you would predominantly see the character in reflections, or not at all. That was really intriguing as an actor, that I would be able to play a character from a totally different perspective, and that it would incorporate so many other elements.

It was kind of a character created in three parts, in a way, because I was on set behind camera, and there was this technical sort of POV aspect of the character, and there are these very specific reflection moments where I was on camera. I knew that there would also be a voice-over process as well and re-recording all of the dialogue and filling in the blanks with the moments that he’s not talking with a sense of presence. That’s where the character would truly be created, in that process. But it was exciting, it was fun to work on something that was so different, and I loved the idea that you rarely see the character. The idea of experiencing subjectively what the character’s doing as an audience, living in his space, was intriguing in terms of how disturbing that could be.

What’s remarkable about the technique is that it’s not kitschy when you do see his face.

The mirror reflections didn’t come across as gimmicky.

It always felt important that it felt organic, that we weren’t just providing an image to the character, that each time we do that there’s a sense of it coming out of a real place. And another way that we see the character too is every time he kills someone, it goes out of the POV and does a sort of third-person perspective, almost like an out-of-body experience, which provided two things: one, obviously a way to see the character in that time and place and see him actually killing someone, but it also provided a different perspective on the brutality of what he’s doing too. 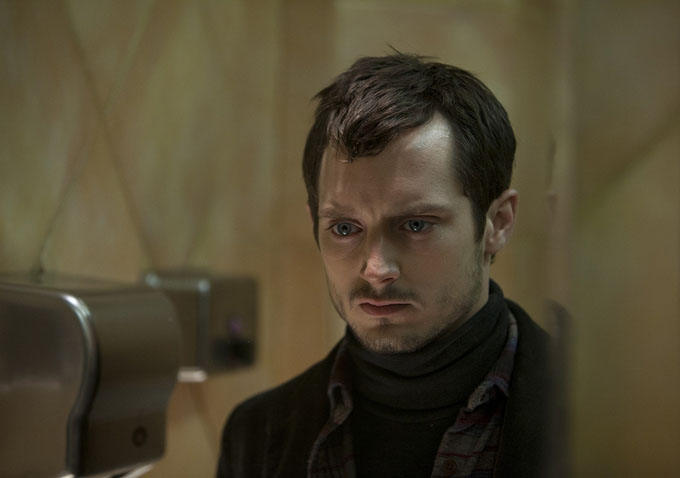 Let’s talk about your passion for the horror genre that led you to create The Woodshed. Where does it stem from?

I’ve been a fan of the genre since I was a kid. I remember the first horror movie I saw — I was five years old, it was a direct-to-video movie called “Truth or Dare: a Critical Madness,” which is sort of badly fantastic or fantastically bad. And then “Gremlins” was an early movie that I saw, and “Nightmare on Elm Street 3.” So at the time, part of it was forbidden fruit; I was young, and too young to be watching those movies, and it was exciting to be seeing something I wasn’t supposed to be seeing. As I got older, I still loved those films and continued to love them. So I guess it stems from having been exposed to them as a kid.

They don’t really scare me… they occasionally do, but more than anything I’ve always appreciated them aesthetically. The genre allows for exploration of the darker elements of the human psyche than can be fascinating, they can often be very visceral experiences and illicit a visceral response, and there’s something exciting about that. From an artistic standpoint, again, I really like the aesthetics of horror films — they can be quite beautiful at times.

Would you ever greenlight a “so bad it’s good” horror movie pitch — something along the lines of “Truth or Dare”?

That’s a tough thing, because that gets really meta, because… I don’t know that anyone’s intentionally making a bad… Well, those bad horror movies that we’re talking about, those people were fully invested in them and believed them to be really good. Have you seen “Best Worst Movie”?

The people that made the original film that they thought it was about, they probably loved it and thought it was awesome. So I don’t know if you could make a movie from the perspective of trying to make a “good-bad” movie. I guess you could say Jason Eisner, who directed “Hobo With a Shotgun,” is inspired by arguably bad grindhouse movies from the ’70s, so it’s made in that comic self-aware tone. That’s probably the closest we have to that in our culture of people making something that’s self-aware of its references while still trying to make something new.

But no, our intention with the production company is to make movies that we really believe in and are excited about. And I don’t know that we’ll spend so much time with exploitation. We’re drawn to movies that have strong characters and strong stories and, in some ways, movies that you could remove the genre element from and still have a compelling story. I think those are some of my favorite kinds of horror movies. 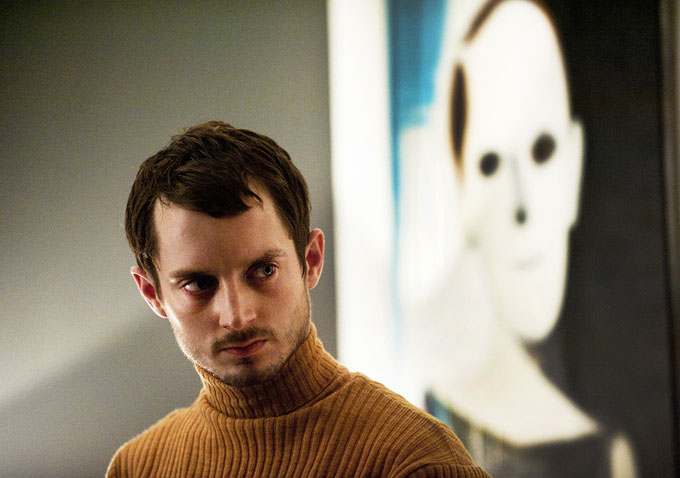 Did you start this company/take the lead in this film in any way to rid preconceptions folks have of you due to the “Lord of the Rings” trilogy?

Not so much with this film, largely because it’s been eight or nine years since the “Rings” films came out. I’m perhaps exasperated by “Lord of the Rings.” I’ve always looked for roles that are different. I’ve tried to continue to challenge myself as an actor and work in varying styles of films. To not only change perceptions away from something like “Rings,” which still occupies a great deal of people’s recent memory, but also to continue as an actor to have different opportunities for myself. It has much to do with that as it does trying to get away from a certain perception. I think that’s also just part of being an actor. I love actors who have really varied careers. My favorite actors are chameleons to a certain degree.

Did you experience a difficult period after “Rings” had wrapped where you felt like you were being pigeonholed?

Not so much. I feel like it came later. I kept working as we were doing each of the films. I did all sorts of things after “Rings.” Then there was a period where I didn’t do as much and there was this odd, delayed response. I don’t think it had so much to with “Rings,” but that I look younger than my age. I’m 32 now but I definitely don’t look 32. I was in that weird middle ground of probably being perceived as much younger than I was, maybe not finding that way to slightly leap into my own age. I feel like that’s happened now.

This Article is related to: Features and tagged Elijah Wood, Horror, IFC Films, Interviews, Maniac, Peter Jackson, The Hobbit, The Lord Of the Rings