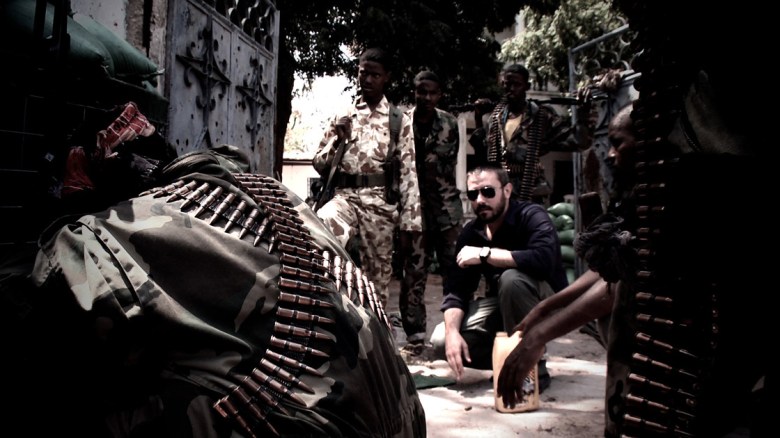 Post 9/11, war docs have become a mainstay on the indie film circuit. Angry, passionate, revelatory and provocative, these films — like “Restrepo,” “Fahrenheit 9/11” and “Armadillo” — have changed how we view the war on terror. Richard Rowley’s shocking “Dirty Wars” is the latest to do so.

An extension of investigative reporter Jeremy Scahill reporting on the Joint Special Operations Command’s night raids program, Rowley’s film follow Scahill as he traces the rise of the controversial post 9/11 program and exposes its secrets. As Scahill uncovers, no target is off-limits for the ‘kill list,’ even if the person is a U.S. citizen.

I called up Scahill, who released a companion book titled “Dirty Wars: The World’s Battlefield” in April, to discuss his reasons for being in the film and what he plans to do next to get the word out. “Dirty Wars” is currently playing in select theaters and expands nationwide throughout the month of June.

I’m a film journalist, so it’s not too often that I get to talk to war correspondents like yourself. Please bear with me. 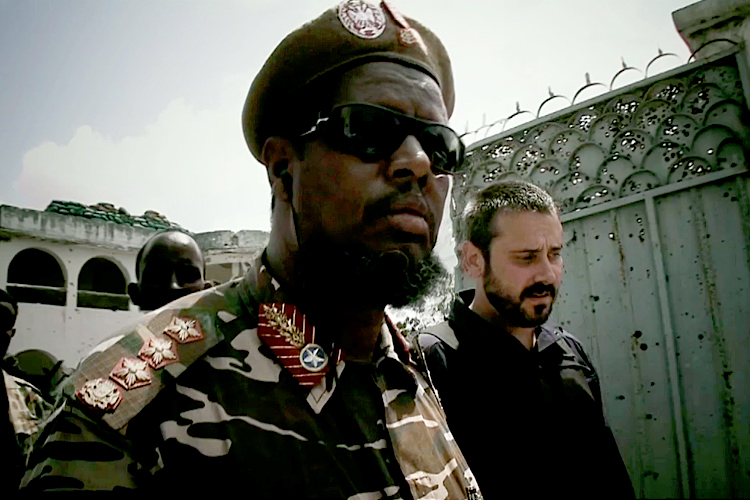 With that said, you’ve been doing press with film folk like myself since its premiere at Sundance. What’s the experience been like for you? You’re accustomed to talking to CNN and the like.

I have to admit, it’s been really refreshing. There are so many film journalists, and actually journalists in general, that are really sharp and ask very different questions than you get asked when you talk to political journalists. It’s actually been really cool. I mean, I’ve also had some truly bizarre moments where I’m being interviewed by what appears to be a huge mound of fur with a beautiful face poking out of it and a microphone at Sundance, and being on weird red carpets and what do they call it, the rope line. I’ve never done anything like that before. But in general it’s been really interesting. I mean people ask really good questions and pick up on little details that don’t normally get talked about. Yeah, it’s a little bit surreal, but it’s been cool.

I’m not familiar with how the idea to document your journey on film came about. I’m guessing the idea for the book came first?

No, actually… It’s funny, because the film is not an adaptation of the book. I guess it’s a companion to the film, but they’re really different. I don’t write in the first person, and I don’t often talk about myself in my work. When we started off on this project, it was unclear what exactly it was going to be. Rick Rowley, the director, and I have been friends for a long time and we worked together on and off for more than a decade on different stories. I had worked with Rick’s wife, Jacquie Soohen, in Baghdad for the two years following 9/11 going in and out of the country with her. Rick and I knew that we wanted to work on a big-scale project together, but we weren’t exactly sure what. Rick had been spending all this time in Afghanistan embedded, and I had just gotten done with a multi-year reporting project on Blackwater, the mercenary company. And I was sort of intrigued that you have this popular Democratic president who campaigned on a pledge to roll back on the excesses of the Bush/Cheney era, who very early on in his administration seemed to be staking out pretty hawkish positions, and intensifying the drone war, and seemed to be continuing some of the core tenants of the Bush/Cheney counter-terrorism program. And Obama was surging U.S. forces in Afghanistan, as he had pledged to do on the campaign trail, and Rick and I began looking at this “war within the war” — the idea that there were conventional troops and embedded journalists with them, and we knew their stories, the marines and what have you.

But then there was this other war of special operations forces doing these night raids. So at the beginning, the idea was that we were gonna do a film about Obama’s war in Afghanistan and the role of these night raids. When we realized who we were actually investigating, and that it was this ultra-secretive powerful force called JSOC, the Joint Special Operations Command, we had this sort of realization that this was gonna be a much bigger story than just Afghanistan. 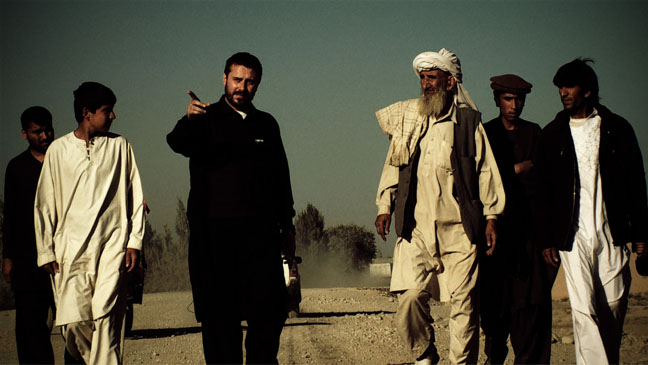 To be honest, we had cut a four-hour rough cut about a year before it premiered at Sundance that was very very different than the film that is opening in theaters, because I wasn’t in the film. I mean, I was in the film, but I wasn’t myself in the film — I was sort of a tour guide through this archipelago of covert war sites. I didn’t have any of my own personal reflections in the film at all. And we asked a friend of ours, David Riker, who’s a feature film writer and director, to come in for a few weeks to basically consult with us, and help us cut down this behemoth four-hour thing to at least two hours, or try to get it down to 90 minutes, and to help us with some of the writing of the script. We ended up working with David for a year and totally remaking the film, we made a different film. David was the one who started saying, “I think you’re missing an important part of the story. It can’t just be a catalog of horrors, you have to open yourself up so that the viewer can go on the journey with you.” I really resisted that, fiercely, and Rick and Dave were both of the mentality that I should be in the film. And eventually I accepted it.

I still feel a little bit terrified about it being in theaters. I’m a public person in a lot of ways but a fiercely private person in others and it’s a little bit strange to see myself on a movie poster. I ducked out and walk past it when I see it at the IFC Center in New York. I’m a little terrified of it. I’d rather be in Yemen, man! [laughs]

Has there been any backlash amongst your peers about how you put yourself front and center in the film?

Not yet, I mean I’m waiting for the knives to come out, in a sense. But, you know, I’m used to getting yelled out and called all sorts of names by people. Last week I was called a terrorist sympathizer, a Koch brother, a Communist, and an Al-Qaeda lover all in the same day by various people. I’m called a closet Republican, I’m called a Socialist, all of this stuff. But I don’t let it get to me. But I’ve never done something like this, and you’re asking sort of a more personal question…

You’re asking a sort of more personal question, which is weird for me, because this isn’t just our film, it’s also about me, so I think that you could run the risk of taking things personally, and I’ve committed to myself to really not do that. And also, we’re fallible people, you know? There are always legitimate criticisms of all our work. I’m just interested in what people feel and what they think about it. Already, at some screenings, I’ve had people come up and say “I disagree with this part of the film.” I enjoy those conversations. I don’t believe that we’re immune to it, and if people are saying it in the spirit of trying to be constructive, I’ll always listen to criticism. Unless you’re criticizing “Arrested Development.” Then I’m not going to stand for it.

Well you have a lot of people to answer to, then.

No, no, no, the new season, I’m not referring to that, I’m talking about the three classics. 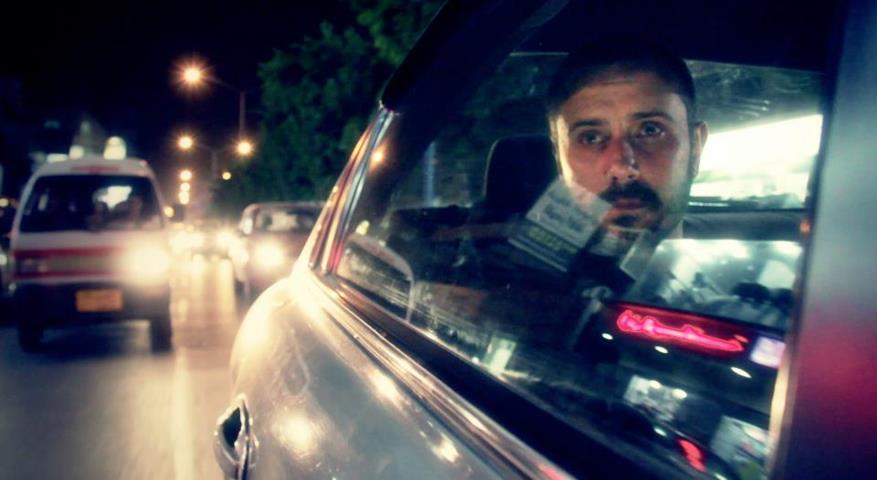 Well then you’re fine. I haven’t seen the new season, so I can’t comment on it, but I’ve heard mixed things.

There’s a lot of hate being thrown at them.

Plenty. You were talking so much about what you gave away in the making of this film, but one thing that you omitted is how you arranged access to the remote locations featured in the film. That must have been a feat in and of itself.

We had originally filmed a series of discussions that I had with folks at The Nation magazine where we were discussing things like kidnap and ransom insurance for Somalia, and the fact that we couldn’t get any U.S. companies to give us insurance, and how were we going to handle that. Rick would film me on the phone talking to a security consultant in Kenya about our upcoming trip to Somalia and he would film me and our colleague in Afghanistan discussing which routes we were going to take to get to this particular village, because there had been a kidnapping early and there had been an ambush in a particular part of it.

So, some of that stuff was filmed and it didn’t end up making it into it for a number of reasons, one of which is that you have to figure out which stories you’re going to tell and really commit to those, otherwise it becomes a four hour film, or a ten part series, and we didn’t want to do that. But also because we wanted to save the real estate of the film to tell these stories. And we tried to let people in enough to what it’s like to be a reporter, but every time we put one of those scenes in, it felt like it was starting to weigh down the story. There were things we needed to cut from the film that I was really really devastated about, but in the end, I think we were trying to make a film that would be acceptable to people even if they’re not following the drone story on a daily basis like I am, or if they’re not interested in counter-terrorism. We wanted to tell a story that would be accessible to anyone who would come into the theater and give us 88 minutes of their time.

What’s next? You have the book, you have the film. What else are you doing to shed light on the JSOC?

We’re gonna live with this film for as long as people want to see it. One thing I’m really looking forward to is going around the country and hosting discussions. We end the film on a series of questions, not with answers, and what I’ve seen with the screenings that I’ve done at various festivals is that it really sparks discussion. You know, people are amazing. We’ve met really conservative Republicans who’ve have come to the film and of course we’ve met really lefty people, and everything in between. There’s a lot of military families, people will get up and talk about their experience with their son in Afghanistan. Veterans themselves have been coming. So you know, I’m really looking forward to contributing to this discussion, continuing this discussion, and hopefully really sparking discussion well beyond the 88 minutes in the theater, that goes into homes and living rooms and whatnot.