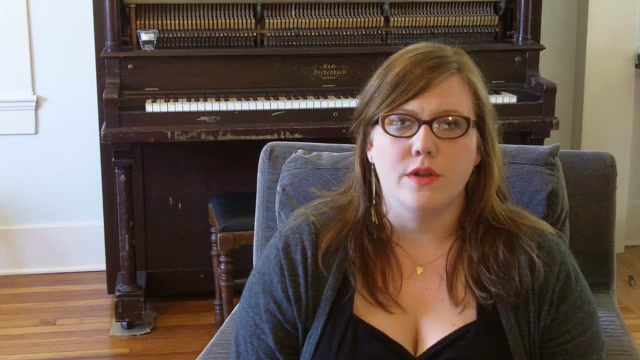 Following an appearance on FX’s late night series “Totally Biased with W. Kamau Bell” in which she discussed the ethics of rape jokes, Jezebel staff writer Lindy West has been under attack from asinine internet commenters, local comics, and even co-workers regarding her position against the “anything goes” rule of comedy.

In a post yesterday on Jezebel, West wrote that detractors have been “threatening to rape and kill me, telling me I’m just bitter because I’m too fat to get raped, and suggesting that the debate would have been better if it had just been Jim raping me.” She included a video in which she reads the comments written under the YouTube clip of the debate, and also listed screen caps of particularly horrific comments below her article.

Norton responded to the comments on The Opie and Anthony Show, a talk radio program Norton co-hosts on XM Satellite Radio. He made a point to say how nice West was off-camera and how he enjoyed debating with her while also illustrating that he wasn’t disagreeing with her as a human being, just the point she was trying to make.

“I don’t tell people what to write or how to Tweet,” Norton said. “I don’t like to do that…but come on…go after the opinion. You’re not helping anything by [attacking West].”

The debate —and its 176,000 views on YouTube — has reignited the issue of free speech in comedy, specifically in regard to rape jokes. Everyone certainly remembers the Daniel Tosh controversy from last year, and while many people turned on his comments specifically, many comedians are taking a stand in favor of his right to say them. After West wrote an article on May 10 of this year titled, “An Open Letter to White Male Comedians,” popular comic and Twitter demigod Patton Oswalt said the article was well-written, but there was also a good counterargument out there by Shaun Broyls. When West pressed him for his straightforward opinion on the issue, Oswalt said “Rape is absolutely wrong; speech is absolutely free.”

Stand-up comedian Jamie Kilstein took a more rueful approach, saying via his Twitter account, “As comedians, we don’t have health care, get paid shitty, and have no union. Yet the hill we choose to bond and die on was rape jokes.” Comedian Sara Schaefer embraced the debate, posting on Facebook she wished it would have come sooner, while fellow jokester Max Silvestri countered via Twitter with, “My distaste for rape jokes is neck and neck with my distaste for clumsy think pieces about them so let’s just not tell rape jokes.”

For more, take a look at the full version of the Jim Norton and Lindy West debate below.