Reinventing the Zombie: How a Pair of TV Shows From France and the U.K. Have Offered New Takes on the Living Dead 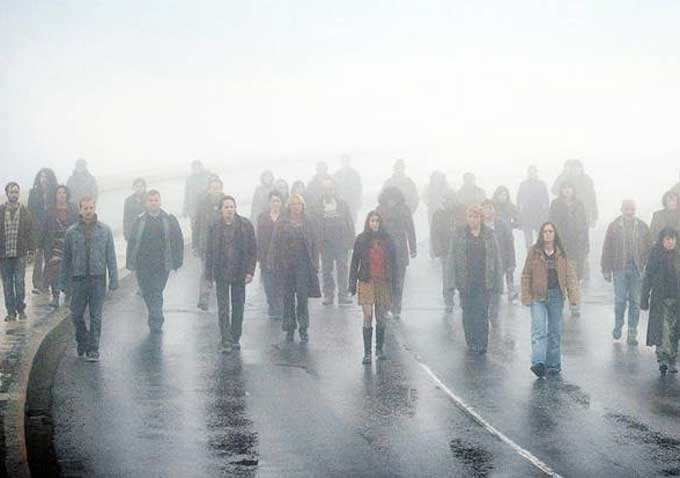 “I have always liked the ‘monster within’ idea. I like to think of zombies as being us. Zombies are the blue-collar monsters.” – George Romero

As of late, if you’ll excuse the pun, zombies seem to be enjoying a renaissance — and despite the marketing ramp up to blockbuster “World War Z,” the arena in which the more interesting aspects of the undead are unfolding is on the small screen. Even though zombies, with their aversion to dialogue and decayed charisma, may not be the most obvious prime time television idea, a recent resurgence of reanimated corpses on our screens suggests otherwise. Setting aside the hugely successful if fairly straightforward “The Walking Dead,” two recent international TV series, the French “The Returned” (currently being broadcast in the U.K.) and the British “In The Flesh” (which recently aired in the U.S. on BBC America) have framed the zombie concept in interesting, unorthodox angles. 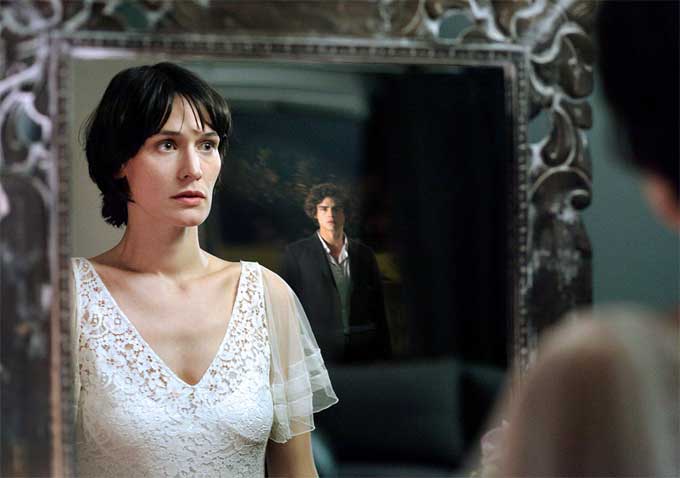 Death and TV series have a problematic, or at least more complex, relation to one another. Unlike cinema, where, as André Bazin once remarked, death can occur every afternoon at a new screening, in serialized storytelling it has to be more frugally doled out — for, very much like in life, it can only happen once. While series like “Game of Thrones” and the aforementioned “The Walking Dead” have recently challenged our expectations about survival rates among major characters, overall far fewer have died on the small screen on average compared to the generous body counts cinema has accustomed us to.

When characters die in TV, the narrative continues on, and their absence is usually felt throughout the rest of the series. Once Stringer Bell of “The Wire” was killed, his aura lingered; his murder meant his immortalization rather than his disappearance. Characters may exit the frame, but they still haunt the story — they’re dead, but not entirely so, just like zombies. Zombie-like aspects exist in the very structure of TV series as well. As settings keep returning, characters and narrative devices do as well, their legacies kept alive by living memories of the past: recaps. TV shows come and go in the form of seasons, and sometimes they, too, return from the dead — as in the case of “Arrested Development.” 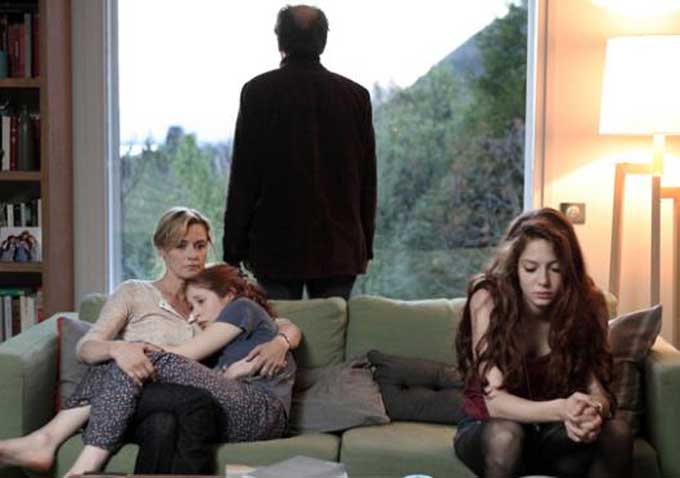 Encounters between the living and the living dead have traditionally been of a confrontational nature — a well-aimed bullet to the head is usually favored over diplomatic efforts. As Jonathan Rosenbaum and J. Hoberman pointed out in an essay about Romero’s “Night of the Living Dead” from their book “Midnight Movies,” zombies represent the return of the repressed, the psycho-social ghost of past abuses haunting guilty consciences. And like every trauma that is not openly dealt with, violent suppression of the returned is often the most popular choice. Individually weak but invincible as an anonymous mass, zombies are also the ultimate specter of social unrest. Repressing them is always invested with a double meaning: psychological tamping down of the subconscious as well as the physical elimination of “the other.”

But something has happened to our televisual relation with zombies. The latest examples focus on understanding the undead. “In The Flesh” stages a compassionate glimpse into their tormented lives, and by adopting their point of view, beckons the spectator onto their side by stressing the living aspects more than the dead in them. “The Returned,” which is based on the 2004 film “They Came Back,” also opts for a humanizing characterization of zombies while exploring the impact they have on the living as the latter are suddenly confronted with embodiments of an unresolved past. 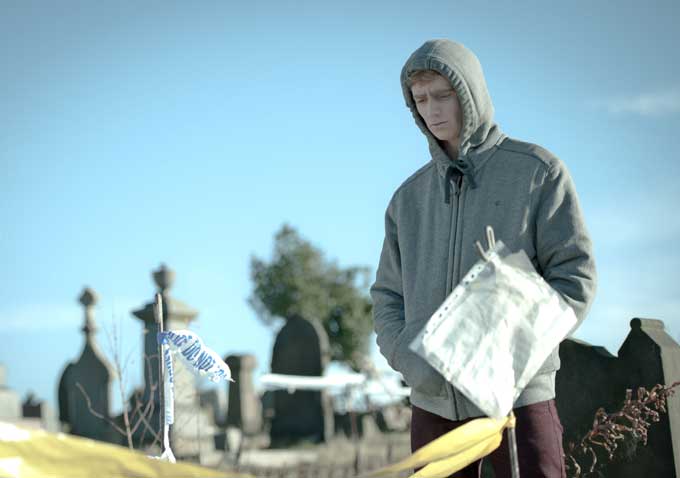 Both series investigate the implications of coming to terms with the symbolic charge of zombies instead as opposed to repressing it. “In The Flesh” opts for a quintessentially British tale of “tolerance” whereby the returning dead, as long as they toss down Earl Grey with milk every afternoon, are welcomed back in their communities (though pockets of violent discrimination and pints of lager die hard). “The Returned” instead goes for a proverbial dose of Gallic existentialism and romantic shenanigans as the non-carnivorous living dead cause disarray in the sentimental lives of their former living and loving companions.

In the British series, zombies — politely termed as sufferers of the “Partially Dead Syndrome,” go through rehabilitation in order to be then reintegrated into society. Needless to say, not everyone welcomes these former flesh-eaters back with open arms, especially the HVF (Human Volunteers Force), a sort of paramilitary group of citizen vigilantes that have defended the rural English village where the series takes place since “the rising” began. Things get slightly more nuanced and complicated when the dead son of the HVF commander in chief returns, partially dead, from the war. On a similar note, the French Alps village where “The Returned” is set finds itself split on the issue of whether the living dead, who appear mysteriously and with no apparent memory of their death or the time that’s passed since, are to be embraced, skeptically stared at or rejected altogether. Whether former villagers inundated by a broken dam, or deceased relatives de-zombiefied, in both series the possibility lurks of a dialogue between these two ostensibly irreconcilable factions. 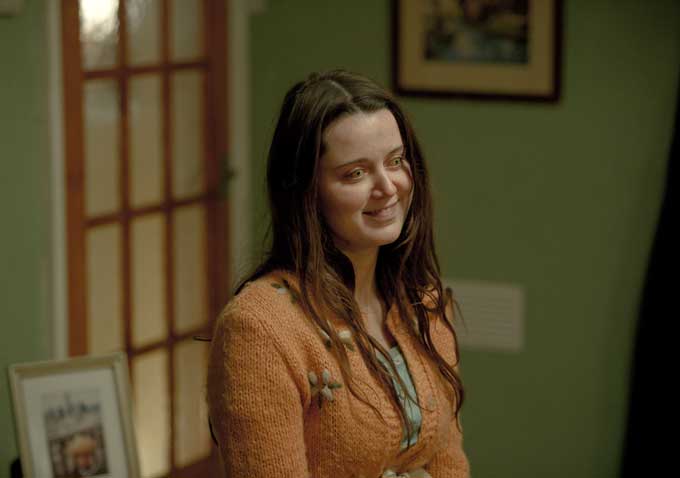 It’s significant that the British series implies the necessity of rehabilitation prior to reintegration, while the French one poses acceptance or refusal as the sole choices available. Despite both series taking an earthbound approach to the supernatural, “In The Flesh” and “The Returned” mark a shift in what’s tended to be a formulaic genre. Both shows introduce a novel conception of the zombie model; one that, its political and psychoanalytical variations notwithstanding, has witnessed few original takes. And it’s one that American TV will soon attempt its own variation on with ABC’s upcoming fall series “Resurrection” — which, while based on unrelated material, has a basic premise similar to “The Returned.” It would appear that, yes, there is an alternative narrative trope to the monotonous extermination of the living dead and their endless return. After all, if they must keep returning, we’re going to need new strategies to fight back.

This Article is related to: Television and tagged In The Flesh, Resurrection, Television, The Returned, The Walking Dead, TV Features