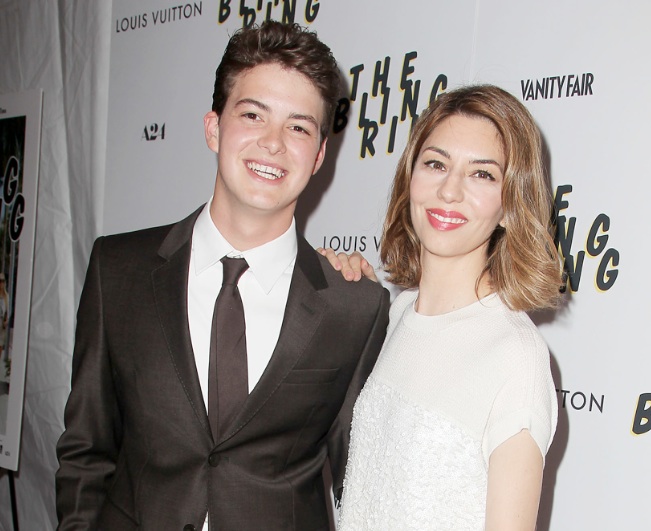 The cloudy sky and brief burst of rain couldn’t dispel the optimism of the largely unknown “The Bling Ring” cast (save for Emma Watson) as they unveiled Sofia Coppola’s latest at the Paris Theater on Tuesday evening with an intimate event hosted by Louis Vuitton and Vanity Fair. Nor could it alleviate the cool factor, as the infinitely stylish Coppola was able to summon up an impressive array of trendy guests, from photographer Terry Richardson to fashion designer Anna Sui to musicians James Murphy and Kim Gordon. With many decked out in the luxury brand hosting the premiere, it’s safe to say that the reckless “Bling Ring” teens would have been foaming at the mouth at sight of the parade.

Based on a true story, “The Bling Ring” follows a group of teenagers as they systematically break into the homes of Hollywood celebrities (including Paris Hilton, who let Coppola shoot in and around her own home) and make off with their designer goods. Although it opens in select theaters this Friday courtesy of distributor A24 (who also released the similarly themed “Spring Breakers” earlier this spring), the fresh-faced stars have already been on a nearly month-long publicity tour that has included a stop at the Cannes Film Festival (go HERE for our report) as well as one in Los Angeles last week, not to mention the countless amount of press interviews and other media functions. 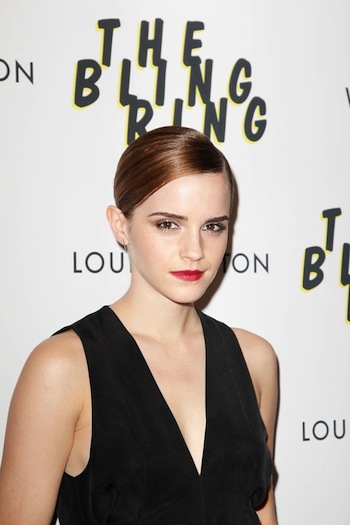 “It’s been insane,” Katie Chang told Indiewire, when asked about the whirlwind media blitz preceding the film’s official release. Chang plays the crew’s conniving leader. “I was losing my voice yesterday because we’ve been doing so many interviews. But it’s been fun because everybody’s been so kind and seems to be really excited about the film, so that’s all I can ask for.”
During our red carpet interview with Chang, she was tapped on the shoulder and given a hug by co-star Israel Broussard, who plays the only male in the group. While hectic and often overwhelming, it’s clear that the genuine friendships that the cast members formed with each other have made the experience all the more fun and memorable.
“I’ve become really close with all of them,” co-star Taissa Farmiga said. “So it’s really fun to be doing this together, all the press and going to Cannes and stuff like that, and having someone to rely on who you like.”
Although the evening’s weather indicated otherwise, summer is in full swing. It’s therefore inevitable that the cast and crew of “The Bling Ring” would want to take some time off now and enjoy the season after all the promotion. Coppola, looking ineffably chic as she posed on the red carpet in a white sequined Louis Vuitton dress, revealed her plans to unwind now that her fifth feature film is finished and coming out.
“I’m going to Italy,” Coppola said. “My Dad has a place in the South, so I’m excited to go on vacation.”
Let’s hope the Coppola clan have kept the place under proper lock and key while they’ve been away.