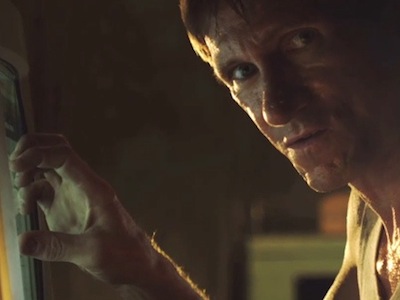 The documentary filmmakers and media producers who are venturing out into the world of transmedia or interactive storytelling have advanced storytelling, but have spent much time, elbow grease, and sweat on their projects.  As more producers seek to make more dynamic interactive projects, what should they keep in mind?  Here are 9 things to keep in mind.

Interactive projects are not movies, even though they may include
movie elements. As Tribeca’s Ingrid Kopp says, “You have to recalibrate
your expectations about what this work does: If you go to see a short
film, it’s going to be a difference experience than a feature film and
the same is true for interactive work.”

POV Digital’s Adnaan Wasey agrees. “We go into
these projects with a set of expectations that are partially formed
by what our expectations about what a great film is,” he says.
“But people don’t think as ‘Bear 71’ as a doc, they think of it
as a cool website.”

One of the big lessons Steve Bognar learned while
making “Reinvention Stories,” he says, was “finding that
balance, of being true to our documentary practice”—”of
patient observation, empathy, lyricism and poetry within the random
moments of life”—”while pacing up the storytelling, breaking
the stories into smaller nuggets, engaging viewers along the way, asking
questions of viewers, giving them choices to make”—fulfilling
“the speed and stimuli” that the web demands.

2. Have an Immediate Cool Tech Hook

“Pulling not from the tradition of film, but
from advertising or entrepreneurship, you have to grab people in the
first 10 seconds,” says Wasey. “There is always a hook. With
interactive, novelty is the big thing; today; it may even be trumping
story. Right now, it’s like the Lumiere Bros’ ‘Train Arriving at the
Station.’ People hadn’t seen something like that before, and with all
of the interactive docs that are getting noticed, it’s not that the
story is awesome, it’s that they’re getting pulled in by the technology.”

Sean Flynn, a documentary filmmaker who is attending MIT’s Open Docs
Lab starting this fall, says the best projects in the space have “an elasticity
in terms of types of experiences: You can do the deep dive and get really
immersed in it, but if you’re causally checking it out, you can have
a fulfilling experience in 5 minutes,” he says. 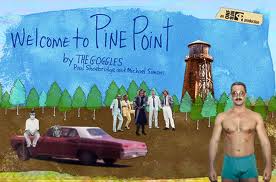 Many transmedia watchers point to the NFB’s “Welcome
to Pinepoint” as particularly successful at merging the cinematic
with the new platforms. “I think from a lot of people coming from
traditional film, it’s one of the projects that speaks to us,”
says Flynn. “Using a music score, sound design, and elegant transitions,
elevated it above some flash-based multimedia project, and it had a
nice narrative structure and a reveal. That’s exciting to me.”

“Overestimating people’s desire to be interactive
can be a problem,” says Ingrid Kopp. “You don’t want to be
constantly asking the audience to do work.” Kopp cites two projects
that achieve the right balance of interactivity and observation, Arte’s
“Alma – A Tale of Violence“
and the NFB’s “Bear 71.”

Kopp calls the interactivity in both instances “soft,”
with not a lot of clicking. “You can just sit back and watch it,”
she says. In the case of “Alma,” there is a more conventional
interview-based 40-minute testimonial film, but viewers can also access
a second-screen with supplemental visual material. Likewise, in “Bear
71,” you can click around a map, “but it’s still basically
a 20 minute film,” says Kopp. “It’s not requiring you do to
something interactive, but it’s there, if you want it.”

“Meets the audience where they are,” she
says.

Julia Reichert (“Reinvention Stories”) believes Internet
“users”—as opposed to the viewer or audience of television
or film—”tend to want to click on things, to play around with
what they are watching. We did not really get this as we were making
the piece,” she says. “So I think we could have made the whole
thing more interactive throughout.  Use more game theory, get people
engaged in that way. We could have broken more barriers, so to speak,
between nonfiction storytelling and games/contests.”

Kopp also heralds a new media project like “Take This Lollipop,” which is less
a documentary and more like a Facebook nightmare. But it makes the user
directly part of the narrative. “I think it’s so smart because
it shows you how much information you give to Facebook. It’s a simple
Application Programming interface (API) and you’re part of the story
as you’re doing it.

Steve Bognar says if he were to do it all over again,
he’d make the “project smaller,” he says. “The main feedback
we’re getting from viewers is that they haven’t had time to go through
the entire site, to watch all three acts of the stories. Even though,
in total minutes, experiencing the site takes less time than watching
a feature documentary, it’s that different nature of the project. Most
people start watching it, start going through the site, but then for
one reason or other have to bail out – and not because it’s boring!
– and then tell us they intend to get back to it.  This is frustrating
to us, and a big lesson of scale: Smaller scale narrative works better
on the web.” 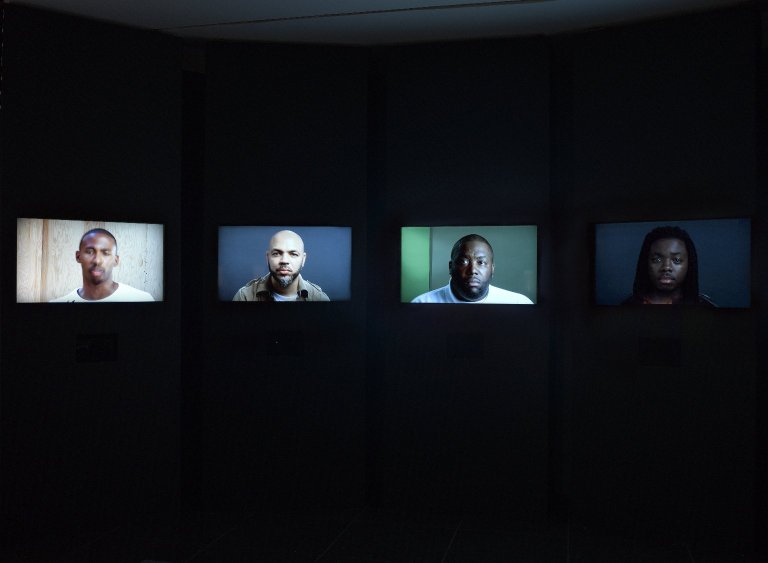 Sundance’s Cara Mertes (soon to head to the Ford Foundation’s JustFilms) singles out a recent New Frontier
Story Lab project called “Question Bridge,”
which also received backing from the Tribeca Film Institute and the
Bay Area Video Coalition. “I love it, because it’s got a community
basis, and it calls out stories from everyday people in a powerful moving
way. It creates community through time and space.”

Brad Lichtenstein (“As Goes Janesville”),
who developed the corporate accountability app BizVizz,
which cost $75,000 to get up and running and was funded by ITVS’ Project
360, says partnerships were crucial to making the app get noticed, though
the same is probably true for any new media project. “If you don’t
make strong partnerships, you can build it, but no one will come,”
he says. “I’ve seen that mistake thousands of times.” So upon
the release of the app, Lichtenstein enlisted some big-influencers,
such as the AFL-CIO and the Corporation for Public Broadcasting, along
with those organizations that helped him create the app (the Sunlight
Foundation, Citizens for Tax Justice, Good Jobs First) to get the word
out via Thunderclap and other new social media mechanisms. “We
trended in the Apple Store, and if you get up in new and noteworthy
apps, it skyrockets,” he says. BizVizz has now been downloaded
30,000 times.

This Article is related to: Toolkit and tagged Filmmaker Toolkit: Technology, transmedia