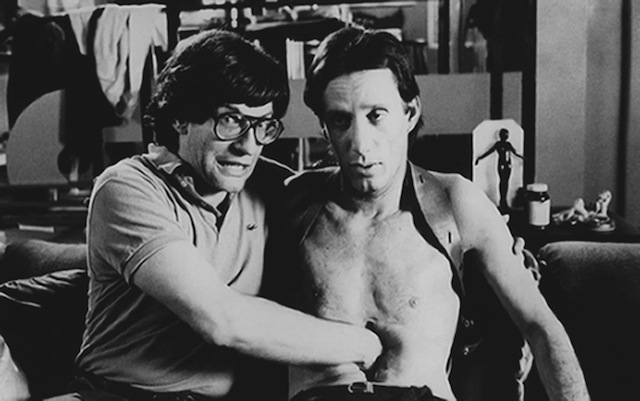 Hot on the heels of the Stanley Kubrick exhibit at the Los Angeles County Museum of Art, the Toronto International Film Festival has announced a multi-platform film exhibition honoring the work of David Cronenberg. “The Cronenberg Project” includes a virtual museum, newly struck 35mm prints of his films, an interactive digital experience, an art exhibition, and two original publications celebrating the film and art exhibitions.

The core of the project, though, is a comprehensive film exhibition titled, “David Cronenberg: Evolution.” The exhibit curated by Piers Handling, CEO and Director, TIFF and Noah Cowan, Artistic Director, TIFF Bell Lightbox, will feature key pieces and materials from Cronenberg’s films including the helmet from “Videodrome,” the game consoles from “eXistenZ,” the surgical tools from “Dead Ringers,” the leg braces from “Crash,” the typewriters from “Naked Lunch,” and the piece de resistance — the pod from “The Fly.” “Evolution” will be presented at the TIFF Bell Lightbox in the HSBC Gallery from November 1, 2013 to January 19, 2014 before beginning an international tour at a later date.

Perhaps the strangest — and thus most Cronenbergian — aspect of “The Cronenberg Project” is the digital extension titled “Body/Mind/Change.” It’s meant to immerse users and audiences in the director’s world using three platforms: online/mobile/real life, if you will. To do this, it utilizes an “artificial intelligence recommendation engine” called POD, which stands for Personal On-Demand. Anyone interested can sign up for a POD at bodymindchange.ca before exploring the exhibit’s physical hub at the CIBC Canadian Film Gallery in October.

The “David Cronenberg: Virtual Exhibition” will launch online and in the CIBC Gallery on November 1 with essays, academic writing, an interactive map and timeline, and a selection of behind-the-scenes footage and interviews with the director’s past and present collaborators.The interactive piece hopes to stimulate further research into the director’s works.

“David Cronenberg: Transformation” will run as an art exhibition from September 5 to December 29, 2013 at MOCCA, the Museum of Contemporary Canadian Art in Toronto. Featuring six new, TIFF-commissioned artworks that share Cronenberg’s inspirations from literature and philosphy (McLuhan, Burroughs, and Ballard to name a few), “Transformation” will hold an opening reception on September 4, a day before the Toronto International Film Festival begins.

Anyone interested in attending the opening celebration at the TIFF Bell Lightbox can purchase tickets here for the October 30 event. Given the context, it certainly won’t be boring.