Who Had the Best Drug Scene in This Season of 'Mad Men'? 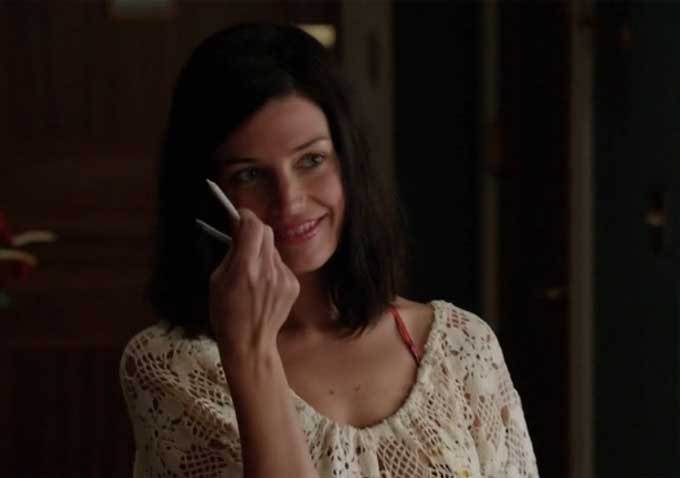 “Mad Men” ends its sixth season this Sunday with what will probably be more moody Don Drapering about love and what it all means and the Vietnam War and the Chevy account and Bob Benson going all Red Wedding on everyone, but let’s just focus on what’s really important: the drugs. “Mad Men” began with cigarettes and alcohol as its abused substances of choice back in 1960, but as the series has moved deeper into the decade, it’s also seen the rise of pot-smoking, acid-dropping and more. With this 1968-set season full of “vitamin shots” and hookah hash partaking, it seemed like a good time to run through the show’s finest scenes of getting high this year. Our rankings:

5. Stan Demonstrates the ’60s Have Really Arrived at Sterling Cooper

When Don (Jon Hamm) arrived back in the office after his Hawaiian vacation with Megan (Jessica Paré) in season premiere “The Doorway,” we saw that while the show was off on break the stairway wasn’t the only new addition to Sterling Cooper — marijuana had become for the creatives’ lounge what whiskey is for Roger Sterling’s office: “I smell creativity,” Don (who’d done some pot-smoking himself with wife while away) said, and while the observation made Stan (Jay R. Ferguson) put the joint out, he also wasn’t ashamed or apologetic — smoking out in the open was clearly no longer new or seriously condemned. SC&P has become like a mod, snippy college dorm common room this season — Stan even managed to talk Don into partaking in some “creativity” at the office when they were working on the secret Heinz campaign in “To Have and to Hold.” 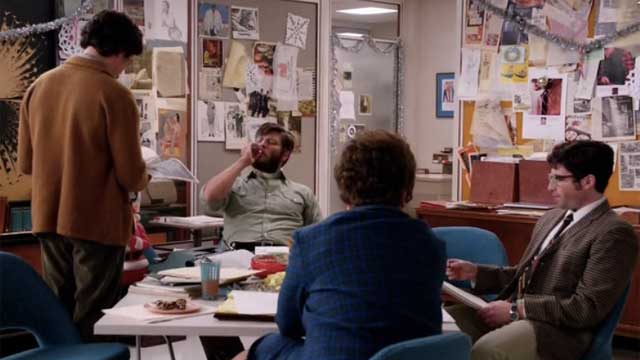 4. Glen and Rolo Bring the Party

We got to see how grown up little Sally Draper (Kiernan Shipka) had become in “The Quality of Mercy,” as she summoned her old pal Glen Bishop (Marten Holden Weiner) to help entertain the intimidating boarding school girls with whom she was staying. Now a teenager, and still a little creepy, Glen showed up as with some liquor, while his friend, Rolo (Liam Aiken), brought the pot. Sally didn’t even smoke, declined by claiming she was too drunk, while by the time we catch up with the young crowd post joint one of the other girls had gone off to freak out in her room. Sally, on the other hand, stayed sharp enough to ignite a fight between Glen and Rolo, showing herself to be at least somewhat her mother’s daughter in terms of knowing how to manipulate. 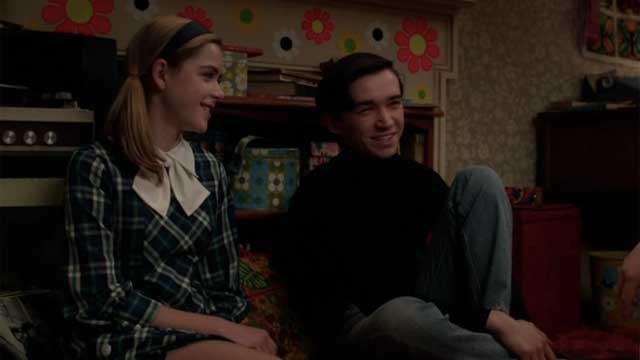 While away in California, usually Don’s happy place, in “A Tale of Two Cities,” our hero chose to take the hostess of a party in the hills up on her offer to smoke some hashish from a hookah she and some guests were sharing. Maybe Don’s just gotten older and therefore possessed of less iron a constitution, or maybe he just discovered he can’t handle hash all that well, but he ended up in a woozy, hallucinatory high in which he imagined his wife Megan (Jessica Paré) cheerily interrupting his canoodling with another woman and leading him through the room to an encounter with the apparent ghost of Pfc. Dinkins (Patrick Mapel). Don’s latest journey into death-and-rebirth symbolism ended with Roger hauling him out of the pool we’ve all felt a little like throwing him into this season.

Pete Campbell (Vincent Kartheiser) got the most cinematic and amusing in character drug scene of the season when, at the end of “A Tale of Two Cities,” having learned of the new company name and feeling his position at it slipping away, he stalked into the creatives’ room and grabbed a joint away from Stan, who claimed to be “working” on the couch. As Pete took his first hit off the thing, time slowed and the credits music queue kicked in, and Janis Joplin wailed “Piece of My Heart” as he eyed a leggy passerby in slow motion and exhaled a plume of smoke, neither one of the cool kids nor one of the suits. 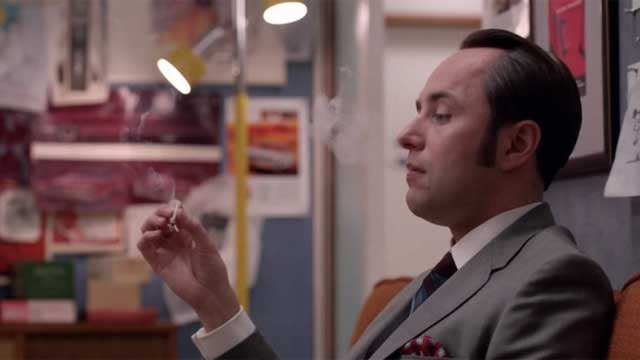 Aaron Stanton showed off his stage background in one of the season’s highlights, drugs or otherwise, when Ken Cosgrove, blitzed on one of the “energy serum” shots arranged for the office by Jim Cutler (Harry Hamlin) in “The Crash,” offered up a terrific physical metaphor for his job by busting out some tap dancing — and on an injured foot, no less. Ken recounted the hell of hunting, prime rib and racing terrified down the highway that had been his Detroit experience, while dashing off an impromptu routine using his cane as a prop. Balancing it out nicely was Don’s unfazed face as he looked on with glassy-eyed fascination, while on the sideline Dawn (Teyonah Parris) skeptically observed yet more craziness from her coworkers, who even on speed are utterly ruled by work.