With 'Monsters University,' Has Pixar Lost Its Street Cred? 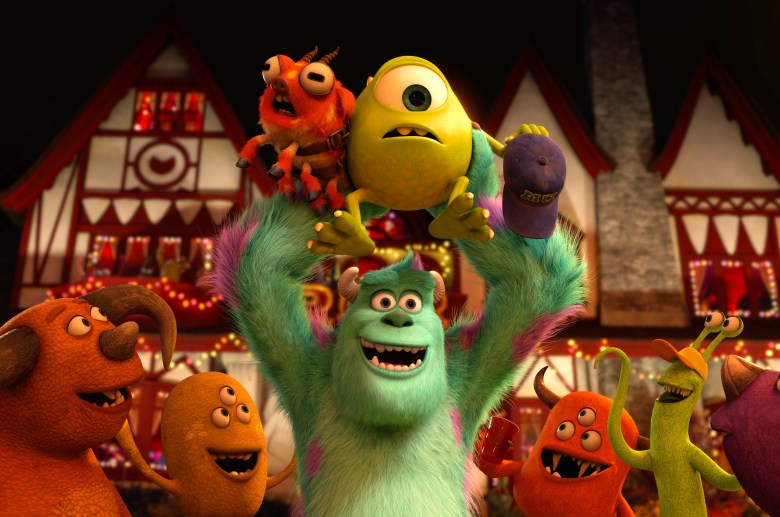 In the early days of Pixar, the company’s use of computer-generated animation was ahead of its time. When that novelty wore off, it became progressive in other ways. With the thematic depth and layered humor that carried it through an unprecedented run of universally beloved hits, Pixar supplanted Steven Spielberg as the preeminent source of smart popular cinema, even coming close to outdoing Disney’s decade-spanning animated legacy with its complex range of characters. Then Disney bought Pixar, and the distinctly post-modern Pixar touch slowly turned into a modern Disney one.

Once upon a time, in a land that now looks so magical it could have been dreamed up, Pixar carried the virtues of an independent studio that delivered brainy alternatives to simplistic studio-produced animation. Whether exploring the end of humanity in “Wall-E” or the frustrations of the nuclear family in “The Incredibles,” Pixar assailed society’s mythologies and fears within a pop culture context in a fashion that at times almost felt subversive. By contrast,  “Monsters University,” the latest Pixar offering, charms in an excessively familiar way that illustrates a troublesome eventuality: Pixar has lost its edge.

As it has devolved into less of a disruptive force, the company got safe. Two years ago, “Cars 2” could have been written off as an anomaly (because “Cars” was a weak Pixar effort anyway), but then came last year’s “Brave,” an innocuous children’s fairy tale that carried plenty of wholesome value in its unconventionally assertive princess but lacked the searing wit and complex subtext associated with most previous efforts.

Well, they say three makes a trend. “Monsters University,” a prequel to the supremely imaginative “Monsters Inc.,” fills in the background of those characters with a tame, cheery origin story that lacks the original’s crackling wit, not to mention its stealthy satire of corporate bureaucracy. Capably directed by Dan Scanlon, “Monsters University” delivers a very basic, factory-certified animated adventure.

And yet it made me laugh. As a fan of the one-eyed scare strategist Mike Wazowski (Billy Crystal) and furry blue beast Sully (John Goodman), I eagerly gawked at the characters’ youthful iterations along with the rest of the crowd at the preview screening I attended over the weekend, where diehard “Monsters Inc.” fans quoted the original to each other moments before the lights went down. We know that one day these guys will team up to form the best monsters in the business of scaring children at night and collecting the energy of their screams to power their alternate world. Their journey is secondary. The movie reaches its most lovable highs in the opening scene, when an adorable middle school version of Mike goes on a field trip to Monsters Inc. and steals his way behind one of the dimension-crossing doors that lead to the bedrooms of sleeping children to watch an adult monster at work.

Though an object of derision for his taller classmates, pipsqueak Mike has greater ambition, and suddenly the movie flashes forward several years to find him off to Monsters University in pursuit of his dream. That’s when “Monsters University” slows down to become a rather pedestrian college comedy that establishes the odd couple pairing of Mike and Sully, whose dad is apparently a legendary monster whose status leads his arrogant son to assume he’s already got it made. Neither Mike nor Sully manages to impress their stone-faced dean (Helen Mirren) — Mike’s not scary and Sully lacks technique — so after a first-semester final goes sour for both, they’re out of the scare program for good. Naturally, the duo figure out a last minute shot at regaining their pride, hesitantly joining forces with the other less-than-scary college rejects to compete in the college’s annual Scare Games in a desperate bid to reenter the program. 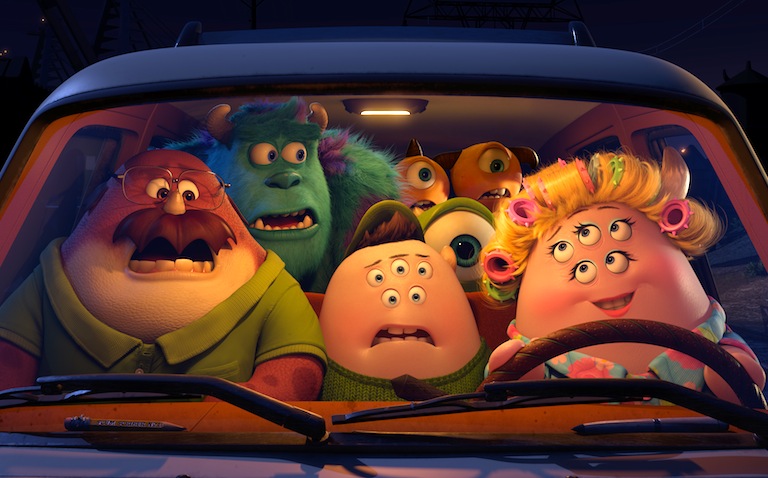 To its credit, while “Monsters University” goes through the usual motions as the monsters work against impossible odds to set themselves on a triumphant course, the ending isn’t a total hackneyed cop out. I was ready to write it off completely in the climactic monster game finale until the movie surprised me with a late act twist that further complicates matters and raises the stakes to some degree.

But as a whole, the ordeal feels strangely tame, and it’s especially disconcerting to watch the vibrant world already fully realized in “Monsters Inc.” persist in a less daring context. The audience tittered with delight each time the screenplay dropped in references to future developments found in “Monsters Inc.,” particularly in relation to the eventual tension between Mike and the scowling chameleon Randy (Steve Buscemi). While momentarily appealing, however, such winking lessens the ability for the work to stand on its own terms. The world-building approach puts the franchise ahead of the story — it’s like a Saturday morning cartoon spin-off. That shouldn’t come as a surprise by now. The outliers of Pixar’s legacy have become its new normals: Nearly everything about “Monsters University” reeks of inoffensively average commercial entertainment.

But the outcome stings, particularly when contrasted with the Pixar-produced short film preceding the feature, “Blue Umbrella,” a totally enjoyable and wordless romance directed by Saschka Unseld. In a dramatic break from the studio’s usual reliance on traditional CG animation, “Blue Umbrella” uses photorealistic imagery to track the experiences of two umbrellas that catch each other’s eyes on a rainy street. When the blue umbrella loses sight of his newfound crush, he engages in a desperate bid to wrestle free from his owner, while various humanized street objects — drains, pipes, etc. — watch along with us. The simplistic plot is infused with bittersweet vibes by Jon Brion’s delicate score, which centers on a catchy loop that — like the uber-simple premise of “Blue Umbrella” — ends before it could get tedious.

Unlike “Monsters University,” the gentle emotional pull of “Blue Umbrella” never flags. Its sincerity merges with its technical innovations. The joy of watching a clever idea succeed in a narrative that’s adorable and yet never transparently simple-minded stands in telling contrast to the feature that it precedes. In the past, Pixar’s shorts have been used as a training ground for its future animation stars, but at this point they’re its last hope at keeping the brand honest.