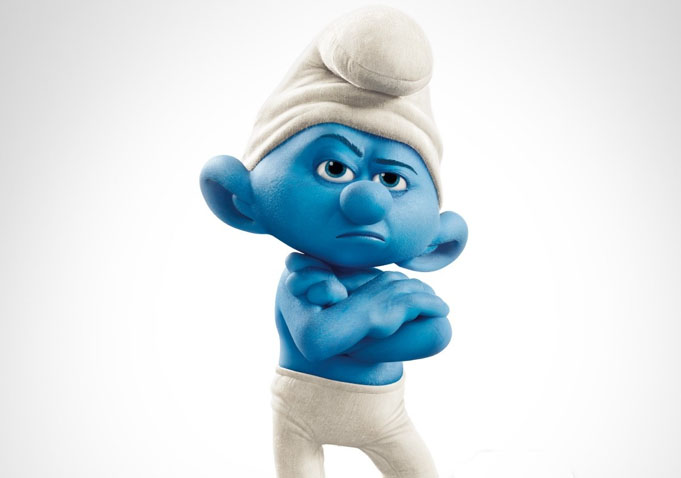 Barbed Wire is the place where Criticwire celebrates the art of the pan. Here’s where you’ll find the roughest, toughest, funniest reviews, with easy access links to both article and author so you can follow more of their work.

What in the name of Oogieloves has happened?

Not since the “Big Balloon Adventure” has there been a mainstream children’s movie that’s inspired this level of bafflement. (Hard to remember the last time a review of a PG-rated movie alluded to “The Last Temptation of Christ,” either.) Whether mind-bendingly mediocre or frustratingly sequel-safe, the new movie adaptation featuring the little blue guys has inspired a cacophony of reviews ranging from tepid to downright angry.

Bad news: barring an unforeseen level of audience apathy, we’re heading for a “Smurfs 3.” Good news: if these writers keep their knives sharpened, we’ll have more entertaining dispatches like those below from critics who generously see it on our behalf.

Because, as the prophetic URL for this movie’s official website lets us know, “Smurf happens.”

Here are ten great lines from ten Smurfing reviews of “The Smurfs 2“:

“Save the $20 and just take your kid into the backyard to pull the wings off flies, or burn ants with a magnifying glass. There’s so much torture and suffering in this movie, it starts to feel like ‘Zero Dark Smurfy.'”

“DMV-level boredom reigns throughout as Smurfette, sucked through a portal into a fountain in Paris, frolics around town with her supposed enemies the Naughties, Azaria mugs and Harris mostly looks as engaged as if he’s waiting for a bus.”

“‘The Smurfs 2’ is perhaps a little less grating than its predecessor, which should count for something. But that’s the kind of achievement that you can fit under a mushroom.”

“We would say it’s an endurance test, but usually tests have some kind of reward or sense of accomplishment on the other side. All this had was the depressing realization that we had seen ‘The Smurfs 2’ and nothing was ever going to change that.”

“The problem with ‘Smurfs 2’ isn’t the message, it’s the way the film repeats it so baldly and emphatically that even the youngest kids can get it. Also, the way it surrounds that message with groin-smashing and farting.”

“‘The Smurfs 2’ has everything you hated about the first movie, and more. It’s brought to you once again in UP3D (Utterly Pointless 3D) as a combo of animation and live action, with more bad Smurf puns and product cash-ins than you can shake a blue stick at.”

“The new film also brings on Brendan Gleeson as Harris’ stepdad and, at one point, turns him into an enchanted duck. One of the Smurfs make a ‘fowl’ pun. Then Gleeson gets naked. And you thought foie gras was the depths of cruelty.”

“Two years later, the follow-up simply goes through the motions. Art was never in the cards, but even basic competence is up for grabs this time around.”

“Right down to the brute functionality of its title, ‘The Smurfs 2’ may be the platonic ideal of a major studio sequel — no markedly better or worse than the first and with just enough difference to lay claim to being something new.”

“Whose idea was it to milk a child’s allergic reaction to peanuts for laughs?”

“The Smurfs 2” opens in theaters today. Please don’t blame this all on Neil Patrick Harris.