Can You Trust This Film Festival? 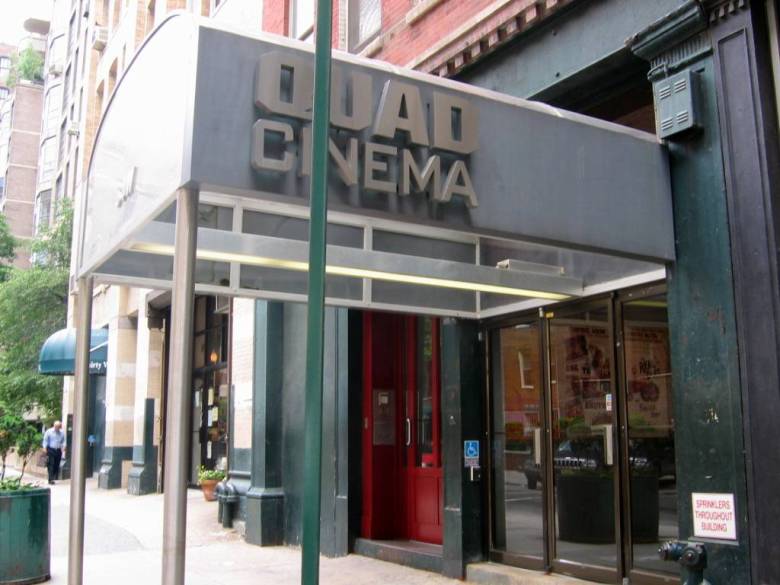 There are thousands of film festivals in North America. Of those, a majority have significant track records — that is, their films find distribution, the filmmakers raise their profiles, or, at a minimum, the festival has a solid reputation that enhances the filmmakers’ stature by proxy.

But a slim margin exist because most filmmakers don’t make the cut. Inexperienced with the festival circuit, they scramble to find somewhere, anywhere, to screen. The looser acceptance protocols can give filmmakers a false sense of success that allows them to display multiple laurels on their websites and posters — which are largely meaningless to anyone but the filmmakers.

Still — a screen is a screen, right?

IT’S A GOOD MOVIE, BUT CAN THEY PLAY IT?

She submitted her film and entry fee through online service Withoutabox; when the film was accepted, Gibson hustled to put the final touches in post. About 10 weeks before the 2012 MFF, she sent “Warfield” in the form of a thumb drive, along with specs.

When her big night arrived, Gibson was anxious—and not because she was about to unveil a film that she’d been hyping for months to her agent, manager, family, friends, cast and crew. The venue wasn’t readymade for a movie premiere: That year, the festival was screening films at The Producer’s Club, a Times Square space more suited for theater work.

It proved to be an omen of things to come.

As the lights went down and the picture came up, Gibson was horrified. “It’s the wrong one!” she yelled out. Her first audience was watching the version she’d submitted for acceptance—a work-in-progress with no color or audio correction, no credits or the score.

After her pleas with the projectionist failed to stop the film, Gibson learned only then that her thumb drive version, which represented thousands of dollars in final edits, was unplayable by MFF: The thumb drive was Mac-formatted and their equipment was Windows. Gibson was speechless.

While her experience would be a nightmare for any filmmaker, not every accusation of a festival’s illegitimacy is cut and dry. The Manhattan Film Festival, which wrapped its 7th edition in June, is such a case.

Filmmakers Philip J. Nelson and Jose Ruiz founded the event in 2006 after struggling to find an audience for their film, “Promise of a New Day.” MovieMaker magazine selected MFF in 2012 as one of the “25 Film Festivals Worth the Entry Fee,” largely due to its revenue sharing agreement: The festival and filmmakers split ticket sales 50/50, with the site Screen Booker taking 99-cent service fee on every ticket sold. (Filmmakers interviewed for this story say they received amounts ranging from $300-$400.)

On the surface, the festival sounds like a hidden gem among the thousands. However, after seven years, its profile remains very low (although for its first four years, its name was Independent Features Film Festival). And all the filmmakers interviewed for this story — whether they enjoyed the festival or not—commented on its rampant disorganization, lack of communication and screening ineptitude.

L.A.-based filmmaker Timothy L. Anderson screened his debut feature, the Coolio-starring dark comedy “Two Hundred Thousand Dirty,” at the 2013 MFF. Only available to fly to town on the day of his screening, Anderson was having lunch with a friend in midtown and prepared to do a final social media blast about the premiere when he got a call from his AD that the location on their Screen Booker page suddenly changed from the East Village’s Quad Cinema to Hunter College on the Upper East Side.”I was never emailed or called at all,” said Anderson about the change.

Panic ensued: Unable to get in touch with his festival contact over the phone, Anderson rushed to the Quad for answers and found only volunteers and staff who had none. Anderson then spent two hours waiting in the lobby until Nelson showed up, who only explained that there were booking problems.

“We did postcards saying it was at the Quad and they were right next to him as we were talking,” said Anderson. “So no one at the festival saw these and saw they were wrong? My lead actor was at the opening night party, no one said anything to him about it. I told [Nelson], ‘If you walk to the Quad and find out the film is now uptown, you’re just going to go to a bar.’” With only three hours before his screening, Anderson suggested a shuttle service.

In a panic, Nelson found a limo company to take the people who showed up at the Quad over to Hunter College, where things weren’t much better: the film began only after the projectionist scrambled to find a working Blu-ray player. There was no festival representative there to introduce the film or moderate a Q&A afterwards.

Jon Lindstrom, also L.A.-based (you may remember him as Dr. Kevin Collins on “General Hospital”), had a similar experience when screening his debut feature, summer-getaway-gone-wrong thriller “How We Got Away With It.” However, he only learned about his location change when he ran into Nelson at the Quad, where he was told his film would now play at Hunter.

“I was checking my Screen Booker page every day,” said Lindstrom. “They must have changed it that day.” Like Anderson, the festival shuttled audience members up to Hunter. Lindstrom’s film also started late and had technical issues.

“There were such repeated instances of clusterfuck,” Lindstrom said. “There should have been backup plans, contingencies. They should have learned over so many years. I’m still rather stunned.”

Location changes for screenings are a frequent occurrence at festivals (though usually filmmakers are notified directly before it has happened). Most filmmakers that Indiewire interviewed who attended MFF either last year or this year just made the most out of a lousy situation.

Solvan Naim took a slightly different tack: After spending an estimated $3,500 on promotions for the MFF screening of his debut darmedy/hip-hop musical, “Full Circle,” at the Quad, the Brooklyn native learned from ticket buyers that the location was now Hunter College. Naim wasn’t satisfied with Nelson’s shuttle suggestion; when conversations stalled with Nelson and unable to get assistance from Quad owner Elliott Kanbar, Naim contacted his lawyer, Habib Bentaleb. According to Bentaleb, the festival refused to reply to his numerous emails. And then Naim received an email from Nelson stating that they were pulling his film — a move that may violate Withoutabox’s Festival Participation Agreement. (Nelson said he was unaware of the clause. In a statement provided to Indiewire, Withoutabox said, “If we determine that a festival has violated our Terms of Service, we will take action, which may include terminating a festival’s access to Withoutabox services.” The company declined to comment specifically about MFF.)

Naim responded by gathering friends, actors and film crew to protest at the Quad. Naim met other filmmakers with similar MFF woes; the police even showed up and tried to get Naim and Nelson to reconcile.

Next: The festival’s founder responds.

When asked about this year’s festival, Nelson admitted, “There needs to be better communication,” and has hired a communications director to be the main liaison between the festival and filmmakers. With regards to the venue changes, however, he held his ground.

“We gave the Quad our schedule well in advance and it never changed,” he said. He added there was never any double booking.

However, Indiewire obtained emails that filmmakers received stating their films were playing at the Quad before venue changes took place.

“We bent over backward for the filmmakers,” said Nelson. “One person who was confused, we gave limo service to shuttle from the Quad to Hunter. It cost $1,000. We do as much as we can.”

In regards to Naim, Nelson said, “It got very aggressive. It was forceful and we were aggressively being bullied.” Nelson said, Naim confronted his staff as well as his children at the protest before being removed by police. (Naim denied this.)

As for next year, MFF is scheduled at the Quad again and expanding from 10 days to 14. Nelson also plans to give the grand prize winner a one-week commercial run. (He would not say where this would take place.)

Nelson freely admits he can’t sift through all of the messages that come to him once the festival starts, including those from filmmakers. However, some filmmakers noted that when they finally tracked down Nelson, his apologies included a lot of excuses and sometimes malice: Gibson received another screening after her disastrous premiere, but no Q&A. “I felt in a lot of ways it didn’t happen because I made it known to everyone that I had a problem with how my first screening went,” she said.

Putting MFF aside for a moment: Does a festival like this serve a real purpose beyond offering the hope of stoking filmmaker egos?

“There’s an entire segment of the industry that’s built on the hopes and dreams of filmmakers who always wanted to make a movie and they want to get well known,” said Brian Newman, founder of filmmaker consultancy Sub-Genre Media. “You have to be really savvy about your career and ask, ‘Is this going to help my film?'”

Newman’s advice: Don’t apply to an unknown festival without getting a recommendation from a filmmaker who’s played there before. He also suggests seeking out recent and reputable press coverage (and not just a recap of the award winners).

This year’s MFF filmmakers said they’ve learned their lessons. Naim plans to ensure his festivals feature major sponsors. (MFF has none.) And Anderson said his experience taught him that next time he wants to screen in New York — or anywhere — he may as well just book his own screening.

“I’m not going to get into Cannes,” she said. “I just want to sit with my family and see something that I put my two years of hard work into.”