Did The Lone Ranger Kill the Western? 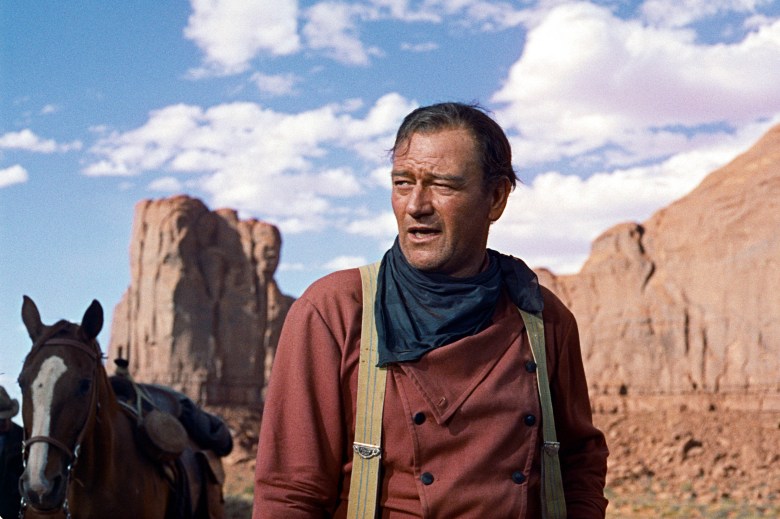 Fans of the Western bristle at any attempt to yoke The Lone Ranger‘s box-office failure to the genre’s fortunes: Make a good Western, see how it does, then get back to me. But there’s no question that’s how it’s been spun in the industry and the more cooperative trade papers. The Western is dead, again.

At The Atlantic, Michael Agresta argues that’s a profound loss, not just because of the great movies that might never be made.

For a century plus, we have relied on Westerns to teach us our history and reflect our current politics and our place in the world. We can ill afford to lose that mirror now, especially just because we don’t like what we see staring back at us….

Westerns have earned their place at the heart of the national culture and American iconography abroad because they’ve provided a reliable vehicle for filmmakers to explore thorny issues of American history and character. In the enduring examples of the genre, the real threat to the homestead, we learn, is an economic system that is being rigged for the wealthy, or the search for the bad guy becomes a search for meaning in a culture of violent retribution, or the treasure of the Sierra Madre is a diabolical mirage of the American dream.

Given the movies Agresta cites as evidence of the Western’s commercial decline, it’s easy to conclude it’s not much of a loss: No one mourns the sterile lineage of Cowboys & Aliens or Wild Wild West. But then they’re Westerns only by default, studio tentpoles dressed up with ten-gallon hats and cap guns. Though he does draw attention to more modestly scaled, and more financially successful, movies like True Grit and Django Unchained, he leaves out scores more, including 2007’s 3:10 to Yuma, a straightforward big-budget Western that took in $70 million worldwide on a budget of $55 million. (For the real reason studios have lost interest in Westerns, note that less than a quarter of that was earned outside of the U.S.) He includes Brokeback Mountain, a non-Western which nonetheless addressed the genre’s iconography, but not Meek’s Crossing, which by implicitly linking a lost wagon train to the Iraq War did exactly what Agresta wants Westerns to do. If we include Cowboys & Aliens, why not Firefly or Serenity, whose fans are devoted if not especially numerous. And really: No Hell on Wheels? No Deadwood? If the Western has died off as a mass-market concern — and I’d argue that’s still a big “if” — it lives on in other guises, and in other media.

Agresta is right that without Westerns, Americans lose access to a part of our history:

That “West,” of course, is already gone, fallen, conquered. It has been for decades, even though holding onto some sense of it seems crucial to our identity as Americans. Movie Westerns have been tracking that loss for a century.

But perhaps the Western owes some of its decline to the fact that we are no longer the nation we were, and some of its core concerns no longer resonate. The territories left to conquer are economic and virtual; there is no physical frontier, no undiscovered country. And though other nations saw George W. Bush as the cowboy president, voters lost patience with his attempt to play sheriff in Iraq. The great Westerns are part of our history now, just like the history they depict. In their time, they reflected how we saw ourselves in relation to the world. The fact that they no longer have the same force says something, too.

Read more: ‘How the Western Was Lost (And Why It Matters)‘

This Article is related to: Reviews and tagged Gore Verbinski, Johnny Depp, The Lone Ranger