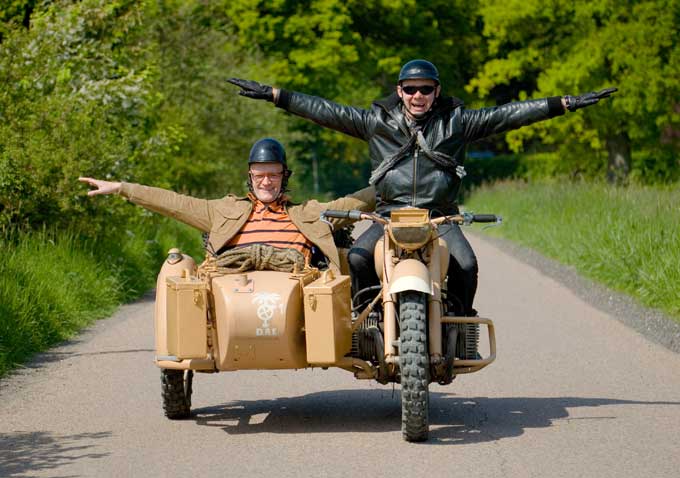 Cannibalism, cancer, racial issues and pedophilia are just a few of the taboos addressed in the Danish TV series “Klown.” The irreverent comedy originally aired from 2005-2009 and attracted a cult following, spawning an award-winning 2010 feature film of the same name that was one of Denmark’s top-grossing films. Drafthouse Films, who released the feature version of “Klown” in U.S. theaters last year, announced today that it has picked up the North American acquisition rights to the hit series. Audiences now have the opportunity to watch the entire 60-episode show exclusively on Hulu and Hulu Plus beginning today and through digital download packages direct from www.klown.tv starting on July 23.

“Klown,” which has earned comparisons to “Curb Your Enthusiasm,” follows two friends, played by comedians Frank Hvam and Casper Christensen as exaggerated version of themselves, as they embark on various daily misadventures and debauched scenarios. The series was produced by Lars von Trier’s Zentropa, and the filmmaker (no stranger to provocation himself) wrote an episode for “Klown” entitled “It’s A Jungle Down There.”

“No subject is too taboo for this incredibly hilarious and utterly fearless series,” said Drafthouse Films’ Creative Director Evan Husney, “and ever since we released the feature ‘Klown’ last summer, the demand for the original TV series has been high. We couldn’t be more excited to drop more of Frank and Casper’s bar-raising hilarity on unsuspecting American audiences.”

In addition to the American acquisition, Warner Brothers has reportedly tapped “Klown” for an English remake produced by Todd Phillips (“The Hangover”) and written by and starring Danny McBride (“Eastbound And Down”). Check out a trailer for “Klown,” the series, below.