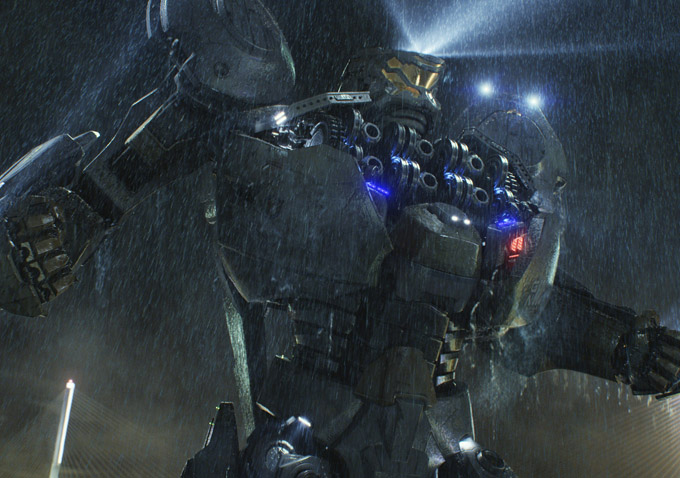 Sometime this year, extraterrestrial monsters of unfathomable scale called Kaiju emerge from the ocean through an inter-dimensional portal and wreak havoc on civilization. With time, humankind comes up with a contingency plan by constructing equally massive Jaeger robots controlled by the mental commands of two pilots as they engage in mechanically-empowered hand-to-hand combat. This premise sets the stage for Guillermo del Toro’s emphatically loud and cluttered tribute to Japanese monster movies (“Godzilla” chief among them) as well as the mecha genre of giant machines mainly found in anime and videogames. Take that mission as you will; there’s not much more to “Pacific Rim” than its principle reference points, which Del Toro clashes together with a chaotic fervor on par with the battles at the movie’s center.

Viewers familiar with this sensory assault may assume that any form of plot has been relegated to the sidelines. Instead, “Pacific Rim” offers loads of it. The transmedia-savvy del Toro has laid the groundwork for entire universe of near future events, starting with a prequel comic book written by “Pacific Rim” screenwriter Travis Beacham (who shares credit with del Toro on the movie’s script) and further enhanced by mobile games. The feature itself revolves around a network of characters with a wide variety of backstories and interests all headed toward the common goal of ending Kaiju destruction. Emboldened by Beachman’s original concept, del Toro jumps right into a realm of silly battles and barking orders on par with the zippiest Saturday morning cartoons, but unlike his gloriously eccentric “Hellboy” movies — the director’s only other comparable works — the riotous premise feels oddly souless.

The “human” drama, if it can be described as such, involves disgruntled former Jaeger pilot Raleigh Becket (a stone-faced Charlie Hunnam) whose traumatic accident in an introductory Kaiju battle leaves him disoriented and lost until his deflected former boss Stacker Pentecost (Idris Elba) calls Raleigh back to action for a renegade attempt to resurrect the robot assault after the military shuts down the program. Back in action, he’s ultimately paired with worshipful start-up pilot Mako Mori (Rinko Kikuchi), whose origin naturally involves Kaijus killing her parents. There’s plenty of strategic talk and grim pronouncements counteracted by inspiring speeches of the “Independence Day” variety, but the real stars of “Pacific Rim” are the set pieces. 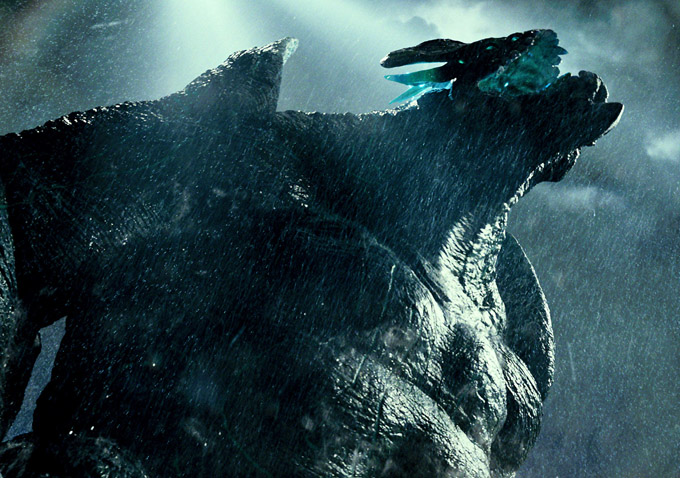 The robots themselves, relatively tame creations by today’s CGI standards, confront murkily designed monsters, their brutal showdowns containing the fiery intensity of a hyperactive child clashing his toys together with unrelenting glee. They have the same puerile attention span: Roland Emmerich’s “Godzilla” took plenty of bullets for clumsily staging most of the set pieces at night, an all-too-handy means of obscuring details. “Pacific Rim” falls into the same trap.

Yet compared to “Transformers” standards, in which strings of epic battles blend together into a tiresome montage of simulated mayhem, each fight in “Pacific Rim” has its own unique identity, and they grow incrementally more complex — an early one-on-one at sea looks tame compared to another battle in which both Kaiju and Jaeger careen wildly into the upper echelons of the Earth’s atmosphere, and both set the stage for a climactic face-off at the bottom of the sea. So “Pacific Rim” delivers those goods with a serious investment in imbuing the proceedings with visual invention, although the stakes essentially involve the same inherently silly conceit repeated ad infinitum.

Of course, del Toro would surely disagree. The erudite filmmaker has excelled at explaining the roots of “Pacific Rim,” extending his reference points well beyond old monster movies and invoking Fracisco Goya’s ominous painting “The Colossus” as a chief influence on the battles’ epic reach. A visionary working with Hollywood formula rather than purely adhering to it, del Toro still can’t manage to infuse this story with much in the way of emotion or big ideas. He hasn’t smartened up the formula, but rather sprinkled it with a few extra dazzling ingredients.

Too in love with itself to ever totally go off the rails, “Pacific Rim” doesn’t qualify as the first full-on dud of del Toro’s career, but it’s hard not to get the sense that something’s missing. By comparison, Gareth Edwards’ 2010 DIY feature “Monsters” featured a similar invasion of colossal aliens, but deepened the premise by using it to explore post-catastrophe trauma and complicated the very idea of the invaders as legitimate bad guys. “Pacific Rim” never bothers to pull apart its juvenile conceits, nor does it take any clever stabs at the allegories embedded in its militant proceedings, a la Paul Verhoeven’s ultra-subversive “Starship Troopers.” 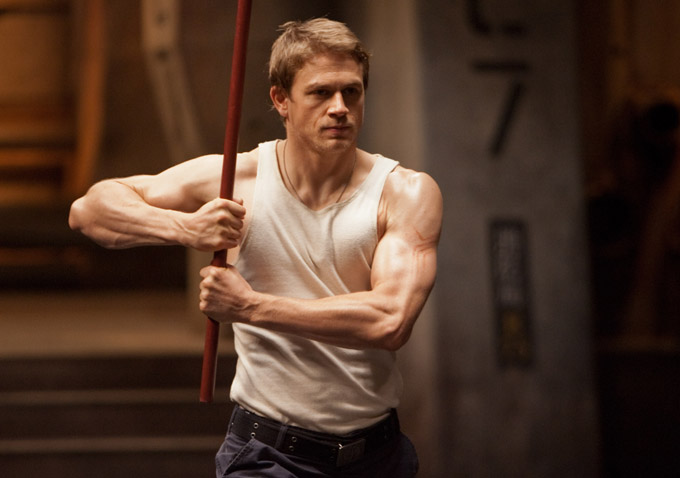 Compared to some of the more leaden spectacles this summer, “White House Down” and the final hour of “Man of Steel” chief among them, “Pacific Rim” has the inventive, colorful textures of a fully realized world. But that’s only enough to make it a slightly different kind of dumb from the usual messy blockbuster routine.

Still, del Toro includes some playfully grotesque flourishes to remind us of his “Mimic” days. A subplot involving nerdy scientist Newton Geiszler (“It’s Always Sunny in Philadelphia”  star Charlie Day) attempting to purchase and study a Kaiju brain on the black market from underground dealmaker Hannibal Chau — memorably portrayed with cartoonish sleaze by del Toro regular Ron Perlman — opens the opportunity for a couple of well-earned gross-out moments involving the exploration of gooey alien carcasses. Hinting at a “Men in Black”-style sci-fi comedy, these scenes spring to life with an energy that makes the robot-monster fights look pretty dry by comparison.

Too bad they dominate. Del Toro has expressed an interest in using “Pacific Rim” to bring the genres it references to the attention of more audiences, a questionable form of advocacy that echoes a similarly misconceived attempt to raise awareness for B-movies by Quentin Tarantino and Robert Rodriguez with their “Grindhouse” omnibus project a few years back. Like that uneven epic, “Pacific Rim” isn’t a gateway drug; it’s pitched at the addicts. Explaining how the pilot-robot mind meld works, one engineers says, “the deeper the bond, the better you fight,” an apt summation of the extent to which hardcore fans of Kaiju and mecha films will likely go to mat for the sake of this Godzilla-sized passion project. Everyone else is collateral damage.