Here Are the New Indies (Hopefully) Playing In a Theater Near You: 'Only God Forgives,' 'Girl Most Likely,' 'Blackfish' and More

By Casey Cipriani and Julia Selinger 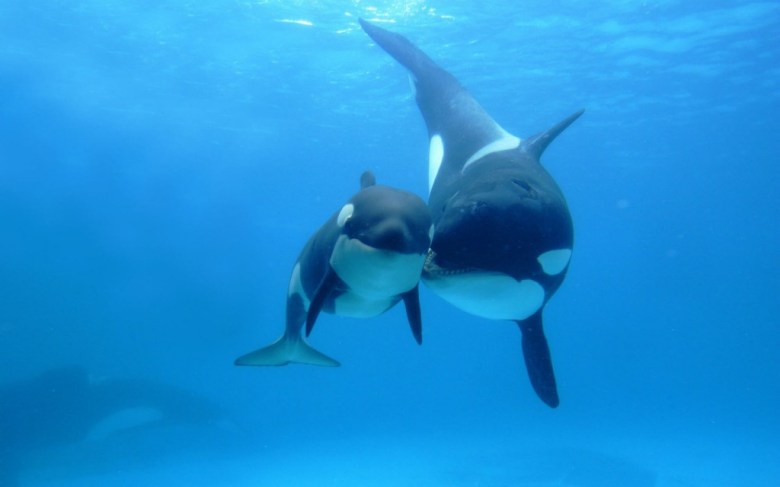 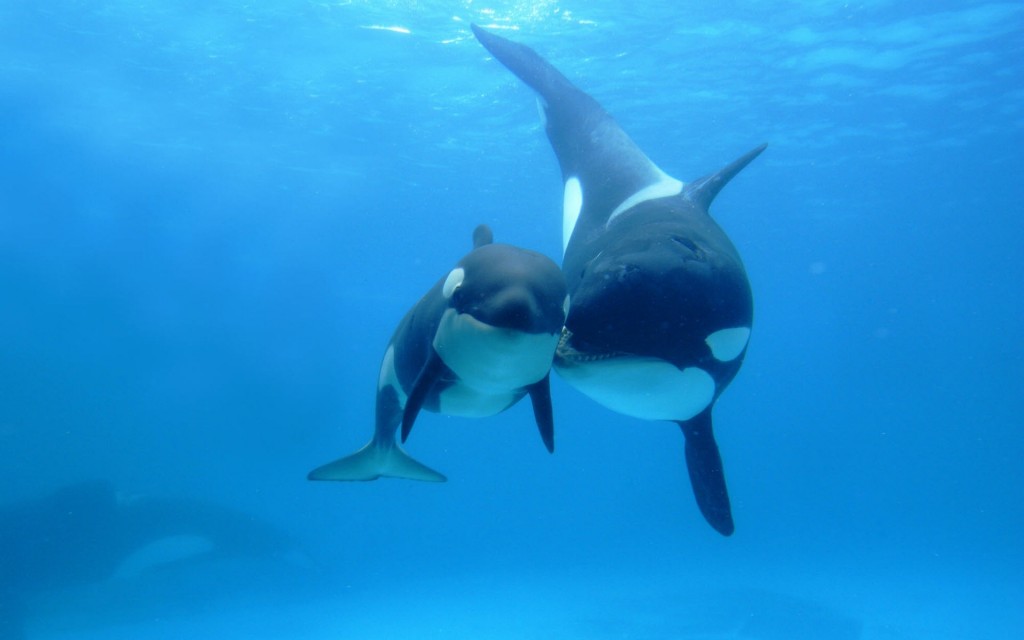 While the low-fi creeper “The Conjuring” is poised to do battle with the big-budgeted hopeful franchise starter “R.I.P.D.” at the
domestic box office, those two competing studio efforts aren’t the only
films opening this week that want your hard earned money. Below, find a
list of every indie opening today stateside, with official synopses and
trailers to help you decide on what to see and what to skip. Click on
film title to view the corresponding film page.

Synopsis: In this chilling and inventive documentary, executive produced by Errol Morris (“The Fog Of War)” and Werner Herzog (“Grizzly Man”), the filmmakers examine a country where death squad leaders are celebrated as heroes, challenging them to reenact their real-life mass-killings in the style of the American movies they love. The hallucinatory result is a cinematic fever dream, an unsettling journey deep into the imaginations of mass-murderers and the shockingly banal regime of corruption and impunity they inhabit.
“Blackfish”
Opening In: New York, Los Angeles (Expanding July 26)
Synopsis: “Blackfish” tells the story of Tilikum, a performing killer whale that killed several people while in captivity. Along the way, director-producer Gabriela Cowperthwaite compiles shocking footage and emotional interviews to explore the creature’s extraordinary nature, the species’ cruel treatment in captivity, the lives and losses of the trainers and the pressures brought to bear by the multi-billion dollar sea-park industry.This emotionally wrenching, tautly structured story challenges us to consider our relationship to nature and reveals how little we humans have learned from these highly intelligent and enormously sentient fellow mammals.
“Big Words”
Opening In: New York, Los Angeles
Synopsis: Brooklyn, 2008. On the night of Obama’s history-making election, three friends, once members of a promising hip-hop group, now in their late 30’s, struggle with regret, disappointment and change.

Synopsis: When Prince William married Catherine Middleton on April 29, 2011, millions of people watched the couple take their vows in Westminster Abbey. When, 19 months later, the couple announced that they were expecting their first child – a child that will one day be King or Queen – the news made headlines around the World. In this insightful documentary from BBC Films, we celebrate the birth of William and Kate’s baby, the great-grandchild of Elizabeth II with a fascinating portrait of the life that lies ahead for the child who is born to reign. “Born to Royalty” is a feature-length celebration charting the history of the Royal babies born in recent times. A BBC Film produced by Lucy McDowell, Ian Brown & Ingrid Seward.
Go Here for Trailer

“Broken”
Opening In: Limited
Synopsis: Shortly after witnessing a brutal beating, Skunk’s home, neighborhood, and school become treacherous environments, where the happy certainties of childhood give way to danger; her innocence is rapidly worn away and a harsh world fills her future, over which she has no control. When Skunk finally seeks solace in an unspoken friendship with sweet, damaged Rick, she’s is faced with the greatest choice of all.

“Colossus”
Opening In: New York
Synopsis: Framed by a pixilated montage of the history of Russia since Lenin (scored by Frank Zappa) and filmed in the louche world of St. Petersburg and Moscow (including Bunker 47, a Khrushchev Era nuclear bunker 18 stories below street level repurposed as a private club) Mark Hendrickson creates a tightly nested narrative for the ex-pat confidence man, Clark Larson (played by Hendrickson), who spent the last 17 years wheeling and dealing in Russia’s twilight of commerce and graft. Now, at the top of his game and before his soul has completely vanished, he decides to “give back” something in return for all he has taken: a film as cautionary tale to illustrate and instruct the audience in “the power of bullshit, lies and intimidation”. To teach this lesson and post this warning, Hendrickson sets out (with no money) to invent a heavy-metal artificial rock band, launch its first national tour across Russia, and make a film to tell the tale.

“D-Day”
Opening In: Limited
Synopsis: Nine years ago, Wali Khan (Irrfan Khan) was sent into Karachi, Pakistan by the Chief of RAW Ashwini Rao (Nasser) to report the activities of The Most Wanted Man in India. 9 days ago Rudra Pratap Singh (Arjun Rampal) Indian Armed Forces, MARCOS unit, Zoya Rehman (Huma Qureshi) RAW Explosives expert, and Aslam, a petty thief from the streets of Mumbai recruited by RAW, infiltrated Pakistan to join Wali Khan and carry out the mission to bring back The Most Wanted Man in India. The man who was going to break all ISI protocol and security and attend his own son’s wedding. The man who could on that day be abducted and brought back to India to face justice. One day ago everything went according to plan until it all failed. The team sent in to bring The Most Wanted Man in India did the unthinkable: they carried out the most daring operation and almost got away with it.

“Evidence”
Opening In: Limited
Synopsis: A detective hunts down a killer using video footage shot by the victims of a massacre at an abandoned gas station.

“Girl Most Likely”
Opening In: Limited Nationwide
Synopsis: Imogene is a failed New York playwright awkwardly navigating the transition from Next Big Thing to Last Year’s News. After both her career and relationship hit the skids, she’s forced to make the humiliating move back home to New Jersey with her eccentric mother and younger brother. Adding further insult to injury, there’s a strange man sleeping in her old bedroom and an even stranger man sleeping in her mother’s bed. Through it all, Imogene eventually realizes that as part of her rebuilding process she must finally come to love and accept both her family and her Jersey roots if she’s ever going to be stable enough to get the hell away from them.

Grabbers”
Opening In: New York
Synopsis: On Erin Island, an idyllic fishing village off the coast of Ireland, charming but somewhat work-shy Ciaran O’Shea, is tasked with greeting Lisa Nolan, a straight-laced young officer who has arrived from the mainland. Not that there is much for them to do, aside from dealing with the occasional drunk, and that’s usually O’Shea himself. But strange doings are afoot: the crew of a fishing boat disappears, whales start appearing dead on the shore, a local lobsterman catches a strange tentacled creature in his trap. Soon it becomes clear to O’Shea and Nolan that there’s something big out there, and that it’s hungry. It’s time to rally the villagers, arm the troops…and head to the pub.

“Iceberg Slim: Portrait of a Pimp”
Opening In: New York
Synopsis: “Iceberg Slim: Portrait of a Pimp” examines the tumultuous life of Iceberg Slim (1918-1992) and how he reinvented himself from pimp to author of seven groundbreaking books. These books were the birth of Street Lit and explored the world of the ghetto in gritty and poetic detail and have made him a cultural icon. Interviews with Iceberg Slim, Chris Rock, Henry Rollins, Ice-T, Quincy Jones and Snoop Dogg.
“La Playa D.C.”
Opening In: Limited Nationwide
Synopsis: Tomas, an Afro-Colombian teenager who fled the country’s Pacific coast pushed out by the war, faces the difficulties of growing up in a city if exclusion and racism. When Jairo, his younger brother and closest friend disappears, Tomas plunges in the streets of the city. His search becomes an initiatory journey that compels him to face his past and to leave aside the influence of his is brothers in order to find his own identity. Through this journey, Tomas reveals a unique perspective of a vibrant and unstable city that, like Tomas, stands on the threshold between what once was and what might be.

“Nicky’s Family”
Opening In: New York, Los Angeles
Synopsis: “Nicky’s Family” tells the nearly forgotten story of Nicholas Winton, an Englishman who organized the rescue of 669 Czech and Slovak children just before the outbreak of World War II. Winton, now 104 years old, did not speak about these events with anyone for more than half a century. His exploits would have probably been forgotten if his wife, fifty years later, hadn’t found a suitcase in the attic, full of documents and transport plans.

“Only God Forgives”
Opening In: Limited Nationwide
Synopsis: Ryan Gosling and the director of “Drive”, Nicolas Winding Refn, are back with this visionary Bangkok-set thriller. Julian (Gosling) is a drug kingpin tasked with avenging his brother’s death, but a mysterious, unhinged policeman is following his every move.

“The Rooftop”
Opening In: Limited Nationwide
Synopsis: Taiwanese pop sensation Jay Chou, drawing on his years as an actor, director, and recording star, creates a fantasy playground of music, moves, and magic as a backdrop to an action comedy which pays homage to the wondrous musicals of the past, while exploding to life with today’s sound and spirit.

“Ways to Live Forever”
Opening In: New York, Los Angeles, Chicago, Washington D.C.
Synopsis: Like most inquisitive boys, 12-year old Sam wants to know about UFOs, horror movies, ghosts, and girls. Sam also has leukemia, and although the adults in his life don’t want him to dwell on it, Sam wants to know everything about his disease and death, a possibility he might face. Together with his best friend, Felix, he embarks on a “scientific investigation” with questions, observations, evidence, reflections, and lists of all the things he wants to do someday — like breaking a world record, flying in a blimp, kissing a girl for the first time, and experiencing what it’s like to be a teenager. In this poignant yet ultimately uplifting tale, Sam and his family face the immensity of an uncertain future with love, humor, and a touch of the unexpected.

This Article is related to: Features and tagged Girl Most Likely, In Theaters, Lists, News, Only God Forgives, Reviews