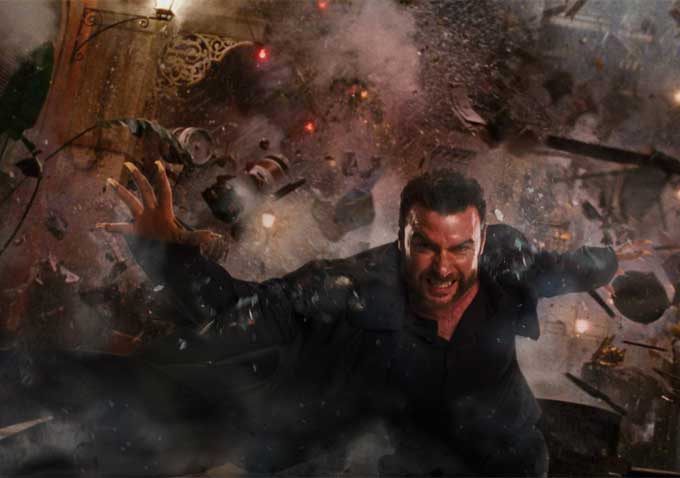 “Superheroes” examines the dawn of the comic book genre and the cultural impact of the comics and their characters. It chronicles the history of comic books from their creation 75 years ago by the patriotic children of immigrants to the multi-billion-dollar industry that it is today. Among the onscreen personalities in the series are Stan Lee, Adam West, Lynda Carter, Pulitzer Prize winners Michael Chabon and Jules Feiffer. Also featured are interviews with the late greats Joe Simon (co-creator of Captain America) and Jerry Robinson (who helped create the Joker).

Michael Kantor pointed out Schrieber’s qualifications for the role of host: “A show about superheroes needs a superhuman force to lead it; Liev Schreiber was perfectly cast as Sabretooth in ‘X-Men Origins: Wolverine,’ and he is the perfect host for this series.” Donald Thoms, Vice President of Programming and Talent Management for PBS, added: “‘Superheroes: A Never-Ending Battle’ is not only one of the most comprehensive surveys of the vibrant comic book industry ever created, but the series explores cultural histories in an entertaining and educational way.”

The companion book “Superheroes!: Capes, Cowls, and the Creation of Comic Book Culture” by Laurence Maslon will be available on October 1, and features interviews, character biographies, and over 500 illustrations. The series will premiere October 8 at 9pm ET. Read the detailed episode guide below.

“Truth, Justice, and the American Way” (1938-1958) – October 8, 2013, 9:00 p.m. ET
During the Depression, the popularity of dozens of superhero characters opens the door for a new generation of artists and writers. World War II creates a patriotic fervor for star-spangled adventurers to represent the American spirit at war and on the home front, but in the 1950s, superheroes are caught in the fire of government scrutiny and regulation. When the thrilling “Adventures of Superman” is broadcast on the new medium of television, America’s first and greatest superhero leads the entire comic book industry to renewed strength.

“Great Power, Great Responsibility” (1959-1977) – October 15, 2013, 9:00 p.m. ET
A new breed of superhero emerges in the 1960s, inspired by the age of atomic energy and space travel and, in turn, inspiring artists of the time. The pop art movement draws heavily on comic books, with superhero images appearing in the works of Andy Warhol and Roy Lichtenstein. Civil rights in America and other social issues make their way onto the page as black superheroes emerge with powerhouses such as the Black Panther and Luke Cage. The pages of “Green Lantern/Green Arrow” address social issues in their relevant storylines, and comic books are forced to confront the reality of an increasingly complex world.

“A Hero Can Be Anyone” (1978-Present) – October 22, 2013, 9:00 p.m. ET
This episode captures the enthusiasm for superheroes as they are embraced in all forms of media and by all demographics, beginning with the historic “Superman” movie featuring Christopher Reeve as the Man of Steel. In 1986, Batman is overhauled as The Dark Knight to reflect the nocturnal underside of his character, and Watchmen brings new sophistication to comic book narratives, illuminating a violent and politicized world. In the burgeoning new millennium, superheroes have taken over popular culture with feature films, television shows and video games complementing a new generation of web-based comics that bring superhero adventures to every corner of the world.