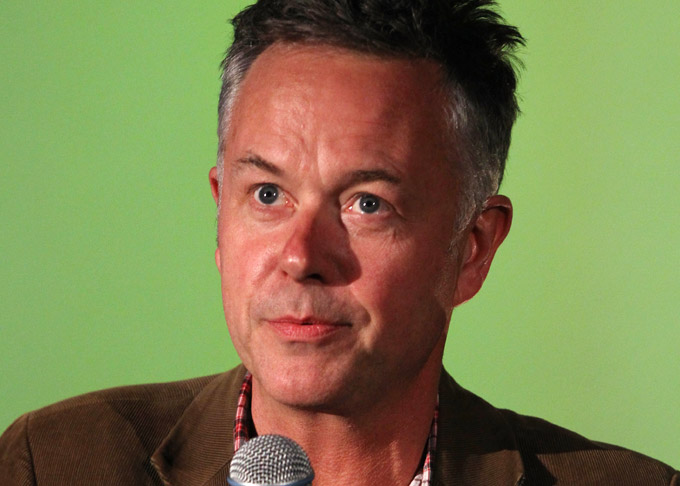 Paul Raymond was once the richest man in Britain. An adult entertainment mogul who rose to fame in the ‘60s, he was notorious for his private club, Raymond Revue Bar, and gentleman’s magazine, “Men Only”; and infamous for his business smarts, party habits and charm. Think Hugh Hefner with the pomp of an Englishman.

In his latest film, “The Look of Love,” starring Steve Coogan and Imogen Poots, director Michael Winterbottom (“24 Hour Party People,” “The Trip”) brandishes Raymond’s story, not without a dose of dry, British wit. But as much as the film dives into a glitzy pool of women and nightlife, it also treads in the vapidity of Raymond’s personal life. Here, Winterbottom discusses the dichotomous nature of making such a film. IFC Films opens “The Look of Love” theatrically this Friday, July 5th and on VOD, July 7th.

Was adult entertainment ever a topic you saw yourself making a film about? Did you have any initial reservations?

When you start making any film, you’re not sure whether it’s going to be kind of deviant or not. Obviously this one is about someone who ran clubs with women dancing, so there was a feeling of, “Is this a good idea?” But it was Steve [Coogan] who came up with the project, and I think he felt the main character, Paul Raymond, was what people would find interesting. He was a big character in Britain and had a big, colorful life and career, but you feel a gap between his success in public and his private life and relationships with his children. There was a lot of interesting material there, and the fact that he worked in a business that is not moral, necessarily, doesn’t mean we couldn’t make a film about him. 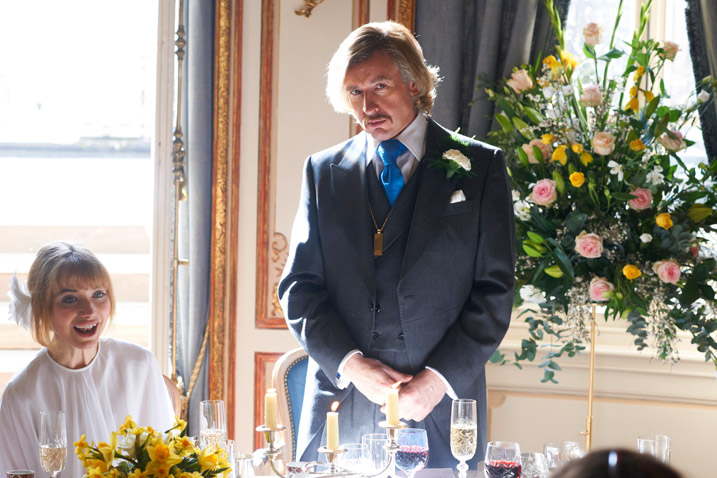 Did you find exploring this morally loose part of the entertainment industry liberating at all?

Not liberating. It’s quite a strange world. From a technical point of view – the filmmaker’s side – it was problematic because it’s quite a fake world. It’s very much a nighttime world, the world of Soho [London] clubs. There’s this thin veneer of glamor, but in reality, it’s not that clever. It’s quite unglamorous, really, and people there are paid to be pleasure. It’s a deliberately unreal world, which is a strange thing to make a film about, because you are trying to capture something that is, by its nature, fake. It was also a strange experience spending quite a lot of time – a couple months – in this world. It was good at the end of it to come back out, surface and breathe fresh air again.

I found this aspect of the film a bit self-reflexive, too. You, as an entertainer yourself, were making a film about another entertainer and the world that he was a part of. How did you relate to him?

It’s difficult. One of the things that seemed to be some sort of stopping point for Raymond was that he was a pure entertainer. He was a sort of performer who put all of his energy into producing and making money. You don’t know if he’s a good character or not, but I quite like characters like that. In movies with characters that just go on a journey and behave consistently throughout it, you don’t end up liking them. In the real world, people are much more complex, much more subtle, and Raymond is an extreme example.

When we talked to different people, everyone had a different version of him. Instead of getting a sense of one person, I just got a sense of what he wanted to get out of different situations and transactions. Obviously he was incredibly successful in his business life, but there’s that sense of him as someone who shifts who they are and doesn’t have a coherent version of themselves. In the end, he was just the sum of all the deals he made, and the deals became whom he was. He took what pleasures he could along the way, but that leaves quite an empty space in the middle.

And damaged his relationships with his children in the process. What did you take away from this film as a father yourself?

With his relationships with his children, it seems so inexplicable why he would behave so differently toward all three. It was incredibly interesting to me as a father to see how he had such dogmatic relationships with his own sons. I mean, I have to say that there are factors to do with the time, and he was probably less strange of a parent in the ‘50s and ‘60s than he would seem now. But when we were doing research, various people would talk about the fact that when you went back to his apartment or house, it was almost like being in another club. There was no kind of domestic space, no sense of family home. He was always in the public domain. I simply don’t think Paul Raymond was a good dad. 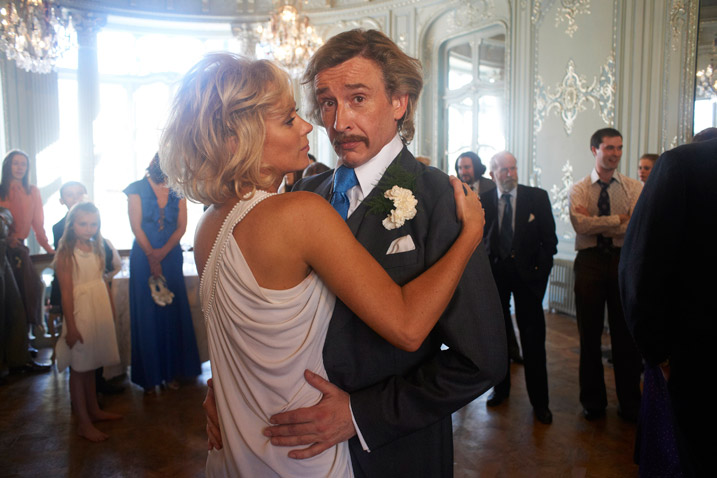 Did you find that saddening?

Yeah. You can compare what he gains to what he loses. That’s the idea of the film. On the surface, there’s music and dancing, and hopefully that’s entertaining, but underneath, there’s quite an empty life.

You’ve worked with Steve Coogan in three of your other films. How did you see him grow as an actor in this one?

I always thought Steve was a good actor, especially a comedic actor. But I think it’s clear that the underlying story of this film is not a comedy, and I think Steve liked the idea that he was doing a more serious story. It’s weird in a way because the character is not more serious. The character is a lot thinner and has a lot less rich ambitions intellectually and even emotionally. I think Paul Raymond was kind of frozen and not very good at anything to do with seriousness, which, in a way, makes the whole story more serious.

There was a lot of raunchiness in the plotline, too, but many of the other actors say they felt at ease filming even the more explicit scenes. How did you create such a sense of comfort in front of the camera?

I think what’s interesting is that once you start filming the shiftier bits, you almost forget about it. It almost becomes invisible. You’re talking about an environment where women are there to entertain men, to be naked and be a spectacle and so on. We cast lots of women who work in that environment, so for them, it was completely normal, and for the crew and all the other actors, it became normal quite quickly. So, it’s not embarrassing in that sense; it’s a job. There’s that side of it.

I think the other side of it is that this is a film about a man whose way to make money was using women for entertainment. Women were crucial to his success. With respect to that reality, the story that [screenwriter] Matt Greenhalgh wrote was strengthened by female characters. The three women that Paul Raymond really related to are all stronger characters than he is. They aren’t two-dimensional; they are the characters that you really engage with.

You’re currently at work on your next film. What did you take away from making “The Look of Love” that you are applying to that project? 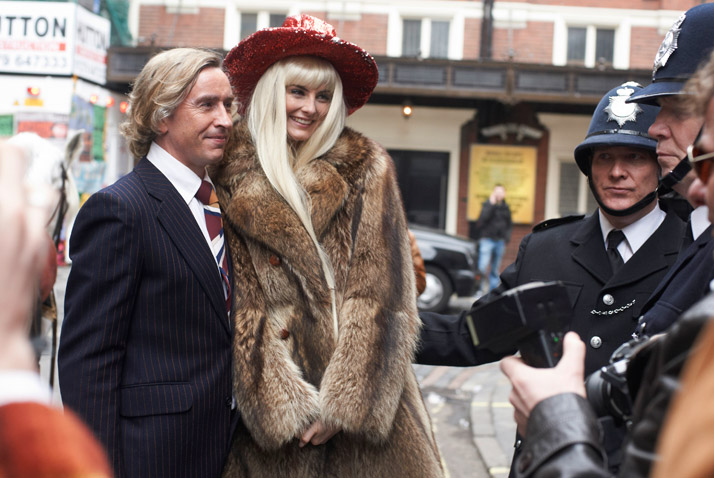 I don’t really know. With each film, you say, “Okay, well, this is what made things turn out well.” And you can try and apply it to the next one, but each film is separate. Each film is a new experience. Each time, you’re working with a different group of people and a different story. So usually, with things that you might feel, “From this film I learned such-and-such,” they’re often not applicable to the next one. You have to try and think about each film by itself.

If you could, would you go back and do anything differently in this film?

One of the nice things about filming is that every day, things happen that wouldn’t happen if you tried to repeat it. Every day you film something, if you went back the next day and filmed the same thing, the exact same scene would be totally different. But would I want to go back into another eight weeks in Soho, in basements until four in the morning? No.

This Article is related to: Features and tagged Drama, IFC Films, Interviews, Michael Winterbottom, Steve Coogan, The Look Of Love