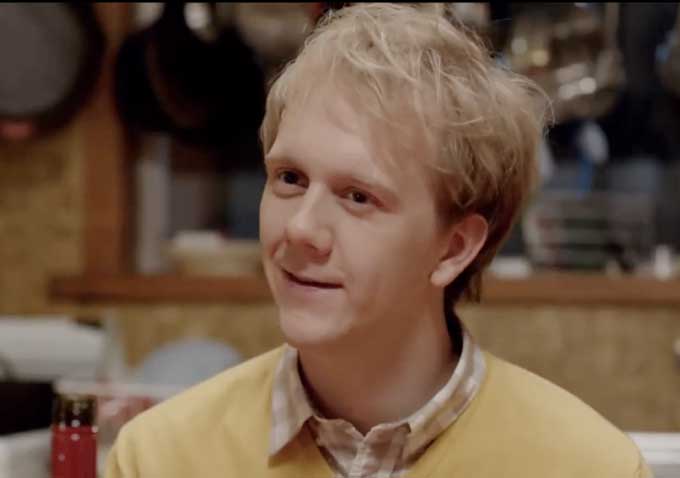 Participant Media’s shiny new cable network, the Millennial-aimed Pivot, launches on August 1st with “Please Like Me,” a scripted series from Australia created, written by and starring comedian Josh Thomas as a 20-year-old man who’s dumped by his girlfriend, discovers he’s gay and learns his mother has attempted suicide, all in the same day. The six-episode first season of “Please Like Me” will air in its entirety on pivot.tv and on the network on the 1st, and yesterday the network announced that it was renewing the series for a 10-episode second season to be co-produced by Australia’s ABC2.

“I’m so happy that we get to make a second season of ‘Please Like Me,'” said Thomas in the announcement. “I have loads of ideas for season two and I think it’ll be super fun. The whole Pivot line-up is great and I’m excited that they’ve trusted me with their money. I hope I don’t spoil everything with my ideas and mediocre face, which is currently ruining the days of thousands of bus commuters all over America.”

Pivot will otherwise be launching with licensed series, including “Friday Night Lights” and, starting on the 5th, the Canadian “Little Mosque,” a selection of Participant-produced and licensed docs and “TakePart Live,” a live, late-night talk show that will be hosted by Jacob Soboroff and Cara Santa Maria. It will premiere at midnight on August 1st and air Mondays through Thursdays.

Other upcoming originals include Megan McCain’s “Raising McCain,” a “docu-talk” series that will debut September 14th at 10pm with an episode focused on privacy. Airing with that at 10:30pm will be “Jersey Strong,” a “docu-soap” from the producers of “Brick City.” Joseph Gordon-Levitt’s crowdsourced variety show “hitRECord on TV!” will debut on January 18th.

Here’s the full first episode of “Please Like Me.”

This Article is related to: Television and tagged Joseph Gordon-Levitt, Josh Thomas, Pivot, Please Like Me, Television, TV News