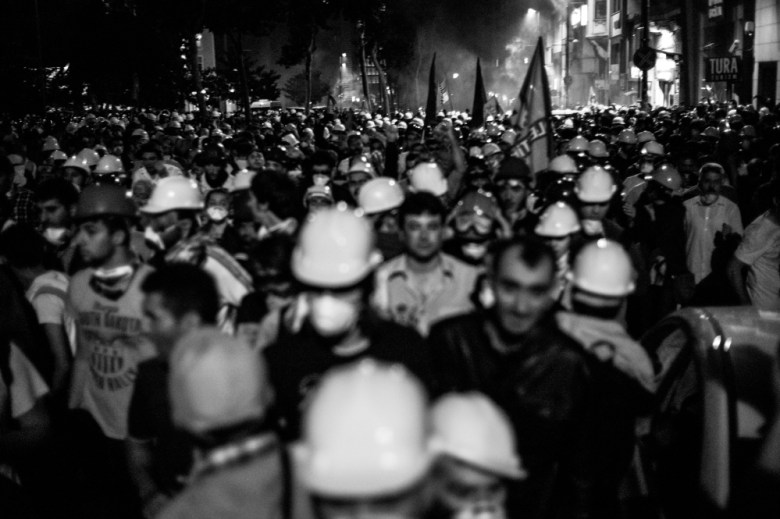 Turkish football ultras used to fight each other for years. Now they stand side by side to fight a new enemy.

For years fans of the three main football clubs in Istanbul
(Galatasaray, Fenerbahce and Besiktas) have been known all over Europe
for their unconditional support of their teams, and their mutual rivalry
and extremely violent clashes, with countless injuries and even deaths.

During the current demonstrations and clashes in Turkey these fans
united for a common cause for the first time ever. People notorious for
their mutual hate stood side by side fighting the police, building
barricades and using their experience to help other protesters against
tear gas.
Soon they found a name for their alliance: Istanbul United.

“When we first heard of this alliance we knew we had to capture this
unique moment. If these people can overcome their deeply rooted mutual
hate to fight for a common cause, it must be something fundamental,
because their clubs are their religion. We want to tell their story, because it’s a story of overcoming one’s
own limitations, beliefs and resentments to be part of something bigger;
to make things better. We feel that today this is a global issue.” — Farid Eslam