Watch: New Trailer for the Coen Brothers' 'Inside Llewyn Davis' Gives Fullest Peek Yet At Their Folk Music Dramedy 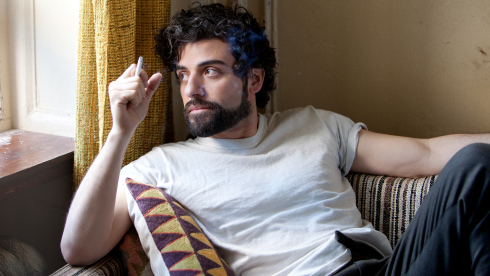 Ecstatically received at this year’s Cannes Film Festival where it won the Grand Prize of the Jury, Joel and Ethan Coen’s folk music dramedy “Inside Llewyn Davis” doesn’t open stateside until December 6th. Luckily a new trailer has popped up online today, offering up new footage way ahead of its release that shows why the film’s being touted as an awards season front-runner.

The gorgeous-looking drama (shot by “Amelie” DP Bruno Delbonnel) centers on an aspiring singer-songwriter
(Oscar Isaac in a breakthrough performance) who navigates the 1960s folk-music scene in New York
City’s Greenwich
Village. T Bone Burnett produced the film’s soundtrack that includes
music performed by, among others, Isaac, Marcus Mumford, Justin
Timberlake and Carey Mulligan. Watch the trailer below and let us know your thoughts in the comment section.