What to Buy/Rent on DVD/Blu-ray This Week: Disney Teens Gone Wild in 'Spring Breakers,' Tina Fey in 'Admission,' and More 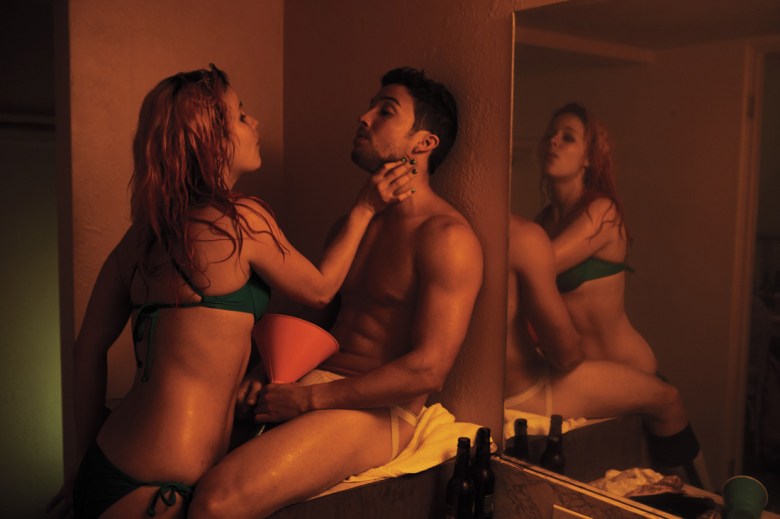 VOD is all the rage right now, and for good reason (check out our July VOD list).
But while it’s gratifying to know that you can watch pretty much
anything with the simple click of a button, there’s something comforting
about tearing into a DVD/Blu-ray case and popping the disc into your
player. That, and not even a VOD film in HD can rival the clarity a
Blu-ray disc offers. To keep you up to date with the current goings-on
in the home video marketplace, here are the new releases worth your time
and money.

“Admission”
Tina Fey okays Portia, a tough-as-nails admissions officer at Princeton whose life is knocked off balance when she makes a recruiting visit to a high school run by her former college classmate (Paul Rudd) and meets a teenage boy named Jeremiah, who may be the son she secretly gave up for adoption. With Jeremiah applying to Princeton despite an unimpressive transcript, Portia finds herself in a quandary over whether to admit him to the university or not.
Extras: A behind-the-scenes featurette.

“Boy”
The highest-grossing Kiwi film of all time in New Zealand, “Boy” tells the story of the aptly named title character, an 11-year-old living on a farm with his grandmother, brother and cousins, who spends his days listening to Michael Jackson and dreaming about his estranged father Alamein. When Boy’s grandmother leaves for a week to attend a funeral, Alamein arrives back on the farm, his reappearance causing a enormous amount of complications. Director Taika Waititi, who also helmed “Eagle vs. Shark” and several episodes of “Flight of the Concords,” tells this tale in a manner both fanciful and serious.
Extras: A short film by Taika Waititi, interview and B-roll footage, and a theatrical trailer.

“The Gatekeepers”
The Israeli Shin Bet, the country’s intelligence service, has played an invaluable behind-the-scenes role for the last several decades, despite being veiled in mystery. Filmmaker Dror Moreh accomplished the near-impossible task of interviewing all of the former heads, or “gatekeepers,” of the Shin Bet to talk to him in his Oscar-nominated documentary, which soberly examines the effects of the service and the members’ own thoughts on collateral damage and torture.
Extras: Audio commentary by Dror Moreh.

“Spring Breakers”
Harmony Korine’s wildly hallucinatory joyride through the bowels of modern American culture follows four best friends (including former Disney starlets Selena Gomez and Vanessa Hudgens) as they ditch their college campus and head to the magical beaches of Florida to celebrate that mythical teenage right-of-passage known as spring break. When they get busted by the cops for partying too hard, a wacky drug dealer named Alien (James Franco) bails them out and takes them under his wing, leading them down a surreal spiral of violence, sex and drugs. With “Spring Breakers,” Korine has fashioned his most accessible work to date while still retaining the strange and thought-provoking aspects of his earlier films, perhaps best encapsulated best by a scene which features the stars of “High School Musical” and “Pretty Little Liars” dancing around to a Britney Spears song while wearing pink ski masks and wielding shotguns.
Extras: A behind-the-scenes documentary, audio commentary by Harmony Korine, deleted scenes, and outtakes.

“The Life of Oharu” (Criterion)
Japanese auteur Kenji Mizoguchi crafted this intimate and wrenching portrait of a woman’s struggle through the stigmas and taboos of hierarchical Japan. After being banished for her love affair with a servant, Oharu (Koko Kajiyama) tries to reenter society under different parameters, attempting to work as a courtesan, a prostitute and later as a nun, only to resign herself to poverty at the end of her life. Winner of the International Prize at the 1952 Venice Film Festival, “The Life of Oharu” is a terse look at the rigid class system and gender roles of feudal Japan.
Extras: A restored high-definition digital film transfer, a selected audio commentary of the film and an audio essay by film scholar Dudley Andrew, a documentary on Kajiyama’s goodwill tour of the United States, and a booklet essay by film scholar Gilberto Perez.

This Article is related to: Features and tagged Harmony Korine, New On DVD, On Blu-Ray, Selena Gomez, Small Screens, Spring Breakers, The Gatekeepers