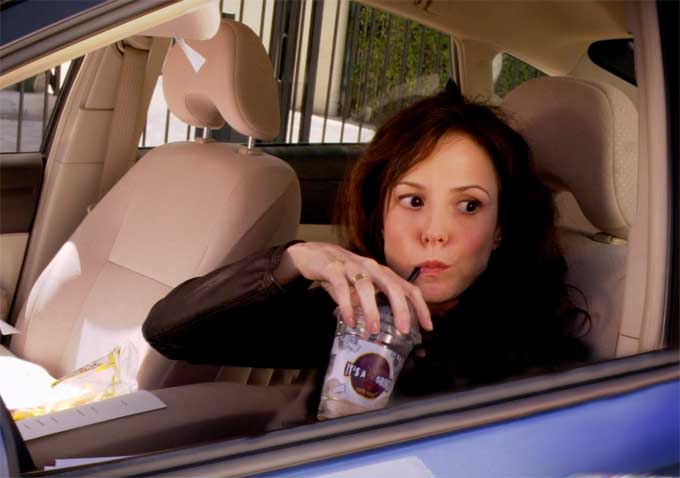 Editor’s Note: The TV landscape is filled with male antiheroes, from Nicholas Brody to Walter White, but what about the women? This is part five of a series of five articles exploring flawed female protagonists and how their bad behavior makes them so interesting to watch. It’s presented in partnership with Netflix and its new original series “Orange is the New Black” (all episodes available July 11th, only on Netflix).

Some women use their intellect, others use their feminine wiles. It’s reasonable to say Nancy Botwin (Mary Louise Parker), the heroine of Showtime’s suburban drug comedy “Weeds,” used both. Often saddled in short shorts strutting along as she guzzled her iced coffee, Nancy mastered the impossible; becoming a successful (well, in the end) drug dealer after starting her career as an upper middle class housewife. She was all sass, all ego and the pejorative “bad woman,” always. 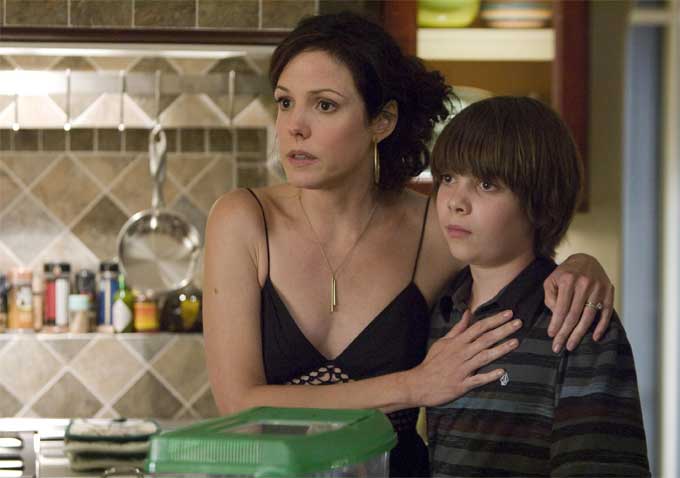 “Weeds” started off as so many stories do, with Nancy — aka Lacy LaPlante (season two) and Nathalie Newman (season six) — as just an ordinary PTA soccer mom until her husband, Judah (Jeffrey Dean Morgan) died, suddenly, of a heart attack. Suffering from the depression of losing the father of her children and quite possibly the love of her life, Nancy decided that in order to maintain the lifestyle that she and her family had grown accustomed to, the best possible solution was to deal marijuana.

For eight seasons, Nancy jockeyed against competitors, gangs and drug lords — even as she was confronted with the violent realities of her business, like that time when she was fired at during a drive-by shooting, or that other time when she was actually shot in the head by her ex-DEA-officer husband’s son. Evidently more brazen than shrewd, Nancy’s definitely not as decisive as we want her to be, but it’s her boldness that’s what gives her strength. With her defiance, the ends always justify the means — the end being security, for her and her loved one, as well as, you know, not being dead.

Oftentimes relegated to the title of worst mother on television, what is it that makes Nancy stand out from her male counterparts, the Tony Sopranos and Walter Whites of the TV world? Those hardened patriarchs also make dubious decisions that undoubtedly put their families in danger, and their professions are uncannily similar to the ethically audacious actions of Nancy. But they’re also men, and there in lies the difference that made Nancy such a challenging, pioneering character — as much as she was a loving mom, she was far from a perfect one, and the lure of the drug world had more appeal than scaling back to a safer, less financially flush life Full of bravado and pride, getting a real job is never an option for her. Instead, weed is Nancy’s constant companion, and it’s a wily one at that. 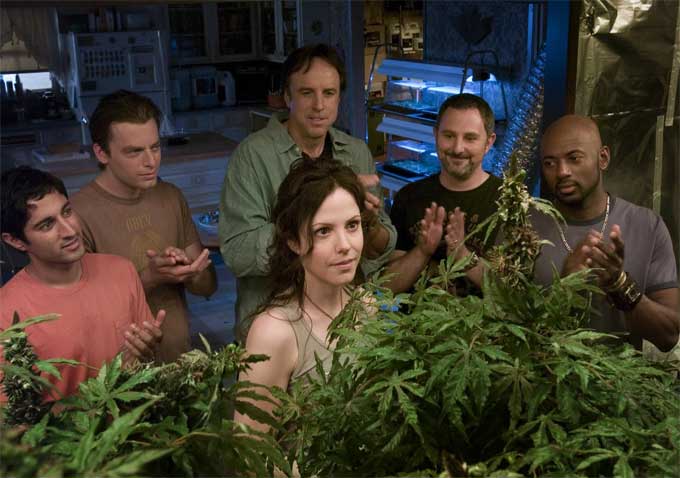 Carving a new face for mothers everywhere, Nancy revels in her adventures and triumphs with swagger, finding ways to enumerate said swag like selling “MILF” weed; the brand attributed to her and named by Snoop Dogg himself. Sure, she suffered from a certain amount of arrested development, opting to have sex with an arms dealer rather than to go out and find legit work after her stint in jail as her halfway house demands. And yes, a lot of the time she seems like an insolent teenager, unshackled by social restraints so she can at liberty indulge in an unprotected hookup with a rival drug dealer on the hood of his car or marry a DEA agent to prevent him from ever testifying against her (ultimately getting him killed).

Despite all this, it’s her moments of weakness that give her humanity. That ephemeral sense of awareness she has from time to time, that glimmer of frustration is what makes Nancy Botwin relatable, understandable and riveting. She was a beginner, and she’s had to learn, compounded by the familiar stupor of relentless drama (often brought on by her own poor choices and lack of foresight) — but she tries, she always tries so damn hard.

Within the evolution of Nancy’s instability, “Weeds” creator Jenji Kohan developed a sincere and dynamic female character. Nancy is a mother, but she’s also hot and single, and it’s no wonder that she enabled her sexuality as a tool towards her success. The lasting legacy of Nancy is that Kohan never aimed to demonize her — her sexuality is always a vehicle with which she operates seamlessly to succeed in the testosterone-centric field she’s playing in. The Nancy Botwin School of Sexuality is a lesson in hedonism, but within reason. A delicate and fragile beauty with a milky complexion and long legs, Nancy plays with and undermined our expectations of what it means to be both a woman and a mother. She’s a complicated mama wolf who could never just be downgraded to being careless, though . 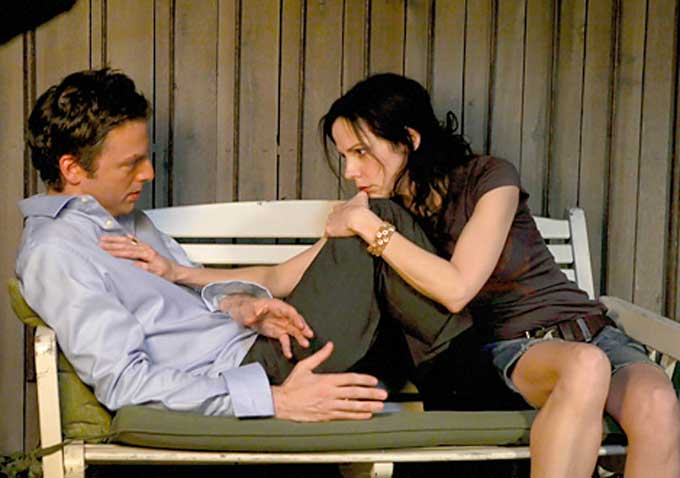 Though Nancy’s actions often turn out to be self-defeating, at least in terms of serving her family, who were eventually forced to flee the town of Agrestic and then the country, she always wants what’s best for them. She creates rules but breaks them, especially the adamant one in the beginning of the series that she wouldn’t let her sons Silas (Hunter Parrish) and Shane (Alexander Gould) in on the business, afraid she would critically corrupt them. Inevitably both became embroiled within their mother’s perilous life decisions and thus clandestine family drug business. In the end, Nancy is proof that being a strong woman had nothing to do with adhering to a man’s portrayal of what a woman should be, but is instead about how a woman chooses to be perceived and to operate within her own construct and choices. Is her path moral? Not all the time. But playing dirty is not a man’s tactic, it’s a human one.

Indiewire has partnered with Netflix and its new original series “Orange is the New Black” (all episodes available July 11th, only on Netflix). From the creator of “Weeds” comes a heartbreaking and hilarious new series set in a women’s prison. Piper Chapman’s wild past comes back to haunt her, resulting in her arrest and detention in a federal penitentiary. To pay her debt to society, Piper trades her comfortable New York life for an orange prison jumpsuit and finds unexpected conflict and camaraderie amidst an eccentric group of inmates. For more visit here.