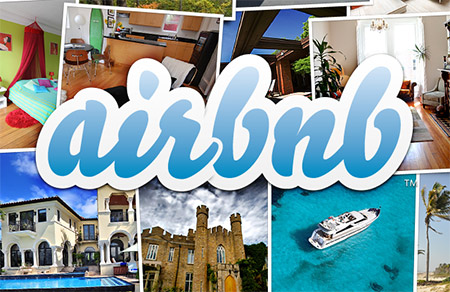 1. Hollywood & Vines: Airbnb, the internet service which allows you to rent cool apartments around the world, is crowdsourcing a short film made entirely of Vine videos. You have until tomorrow to share your short film on Twitter for consideration. Anyone whose Vine gets chosen for the final film will receive $100 to
spend on Airbnb. The film will then air on Sundance Channel on September
12. Click here for more details about how to participate and/or watch the YouTube video (below), which explains the process:

2. Instagram Aquires Luma: In a sign that Instagram is intent on boosting its video capabilities, the photo sharing app has acquired the
video sharing app, Luma, according to Mashable.
Instagram first introduced video in June. Luma allowers users to
personalize videos by adjusting the brightness, contrast, saturation and
exposure. Luma also features high quality filters. Luma announced that
it will be shutting down as part of its move to Instagram and advised
users to download their videos. We’re excited to see the new InstaLuma–or whatever the updated app will be called.

3. New Yahoo Usernames: Did you fill out your Yahoo username wish list last month? Beginning today, you can see if your dream Yahoo username is still available. But don’t worry — even if you don’t get one of your top five choices, you can keep tabs on unclaimed usernames via a Watchlist (which will cost you
$1.99), which lets you watch up to five usernames for three years. If one
of the names becomes available, Yahoo will hold it for you for 14 days. Any guess about the most requested usernames? Yahoo reports that David, Michael, and Alex were the top 3 name requests for men and Maria, Jennifer, and Jessica were the most popular for women.

5. Digital Gap: It’s hard to believe, but according to a new Pew Research Center report on Broadband, 20% of U.S. adults are still without broadband or smartphones for
internet access. And 3% of people in the country still using dial-up
connections. Remember those?! Still, 70% of American adults have a high-speed broadband connection at home as of May 2013. “We’ve consistently found that age, education, and household income are
among the strongest factors associated with home broadband adoption,”
said Kathryn Zickuhr, Research Associate for the Pew Research Center’s
Internet Project and lead author of the report. “Many dial-up users cite
cost and access as the main reasons they don’t have broadband, but for
adults who don’t use the internet at all, a lack of interest is often
the main issue.”