“Koyaanisqatsi” filmmaker Godfrey Reggio is back to his wordless ways, with his new film “Visitors,” his first in over a decade.

The film, which is EP’ed by Steven Soderbergh, is set to debut with a live performance of the film’s score from Philip Glass at this year’s Toronto International Film Festival.

The promotional information for “Visitors” says that it “reveals humanity’s trancelike relationship with technology, which, when
commandeered by extreme emotional states, produces massive effects far
beyond the human species. The film is visceral, offering the audience an
experience beyond information about the moment in which we live.”

In a statement exclusive to Indiewire, producer Lawrence Taub says, “To have the opportunity
to premiere Visitors
as a live special event at the preeminent Toronto International Film
Festival could not have been foretold. As senior producer I’ve witnessed
an unimaginable series of events unfold, starting with my invitation
to Steven Soderbergh to look at the just completed final cut of the
film and his immediate response by becoming the on screen Presenter
and our advocate to the cinema community, the interest and support of
Cinedigm, the continuing support of our collaborators in Montreal, the
Phi Centre, topped by the endorsement of Piers Handling, Director of
TIFF. To be able to present a motion picture with a live orchestral
accompaniment in the historic Elgin Theater gives Visitors the chance to be seen in a manner that is unique in
the world of cinema, and is a tribute to director Godfrey Reggio, as
well as composer Philip Glass, and associate director/editor Jon Kane.”

Check out the exclusive poster and images below: 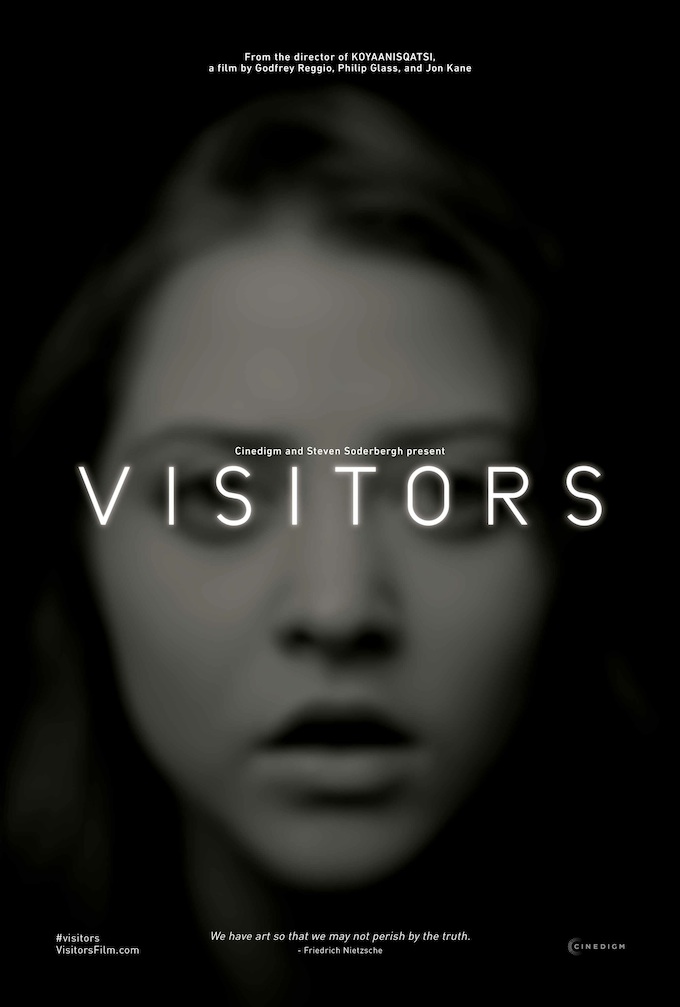