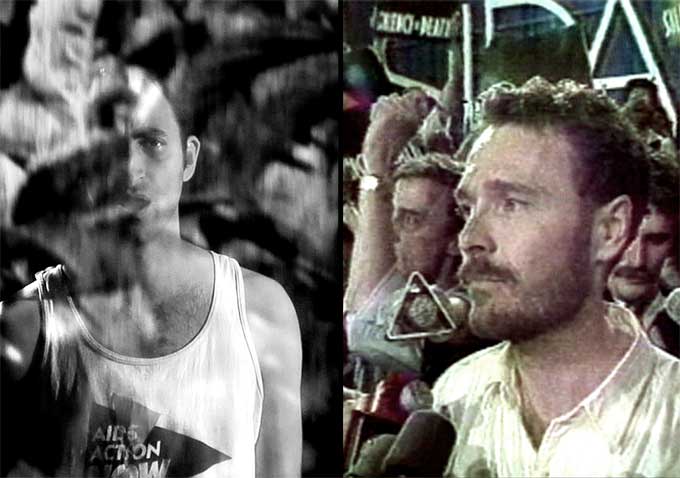 Canadian director and activist John Greyson has been detained by the Egyptian police after traveling to the country with London, Ontario-based emergency room doctor Tarek Loubani, who was also arrested. Both men were on their way to Gaza.

Loubani was helping to care for people injured by the clashes taking place in Cairo as the area sees more violence following the country’s recent months, democratic elections and the consequent overthrow of the elected leader Muhammad Morsi, who is affiliated with the Muslim Brotherhood.  Loubani and Greyson were set to go to Gaza so that Loubani could provide medical services there.

Greyson — the director of “Zero Patience” and “Fig Trees” — has been a vocal supporter of democratic movements all over the world.  He has consistently led protests against film festivals who resist the boycott on Israeli goods and funds.  In a letter to the directors of the Toronto International Film Festival in 2011 (read that letter here), in which he takes his film off of the lineup after it had been announced as part of the program, Greyson said:

To my mind, this isn’t the right year to celebrate Brand Israel, or to
demonstrate an ostrich-like indifference to the realities (cinematic and
otherwise) of the region, or to pointedly ignore the international
economic boycott campaign against Israel. Launched by Palestinian NGO’s
in 2005, and since joined by thousands inside and outside Israel, the
campaign is seen as the last hope for forcing Israel to comply with
international law. By ignoring this boycott, TIFF has emphatically taken
sides –and in the process, forced every filmmaker and audience member
who opposes the occupation to cross a type of picket line.

Fellow Canadian Elle Flanders — an activist and filmmaker in her own right — has been very vocal on social media about Greyson and Loubani’s disappearance, urging people to e-mail Canadian Foreign Minister John Baird (bairdj@parl.gc.ca) to put pressure on authorities to locate and secure their immediate release. Her suggested email to Baird is as follows:

We respectfully request that you demand the immediate release of respected Canadian filmmaker John Greyson and esteemed Canadian medical doctor Tarek Loubani. They were arrested by Egyptian police yesterday and have not been heard from since. We ask the Canadian government to take all measures to locate them and secure their release.

You can also sign the Change.org petition here. Indiewire will update this story as news comes in.

This Article is related to: News and tagged Egypt, John Greyson, Queer