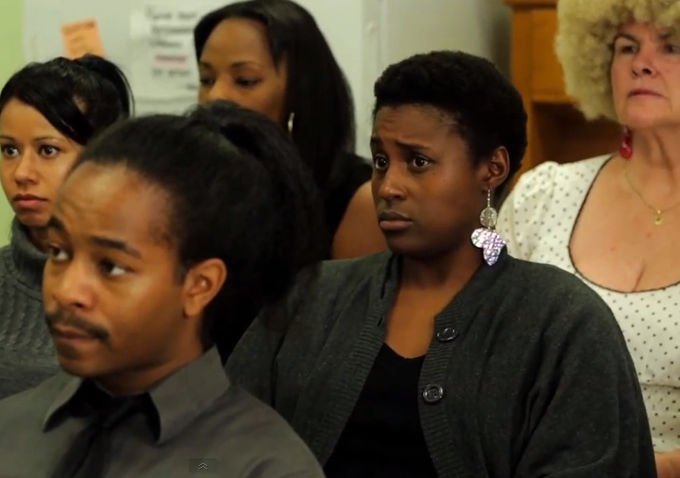 Issa Rae, the creator, writer, director and star of hit web series “Awkward Black Girl,” is poised between internet celebrity and full-on, mainstream fame. The big question is — what’s the project that will get her from the latter to the former? Rae has been working on “I Hate LA Dudes,” a pilot being produced by Shonda Rhimes’ Shondaland company that Rae has said she isn’t sure she’d act in, were it to be sold (“I didn’t write it for me. But I wouldn’t mind. It’s hard to say,” she told Vulture in February.)

Her newest project, on the other hand, is definitely intended to showcase her talents as a performer as well as a writer. Deadline reports that Rae has a comedy in development with HBO, one that she’s set to star in and is co-writing with Larry Wilmore, perhaps best known as the “Senior Black Correspondent” on “The Daily Show” as well as the creator of “The Bernie Mac Show.”

The untitled project will “focuses on the awkward experiences and racy tribulations of a modern day African-American woman,” per Deadline’s description, which is similar territory to what Rae has explored in “ABG.” She’ll co-executive produce the series, with Wilmore executive producing with 3 Arts. HBO is, of course, the home to Lena Dunham’s “Girls,” a series with which “Awkward Black Girl” tends to be compared, except without the much-discussed diversity issues of Dunham’s show.

As is apparently a requirement for every young star these days, Rae has a book deal to write a collection of personal essays, which Simon & Schuster is set to publish next year.